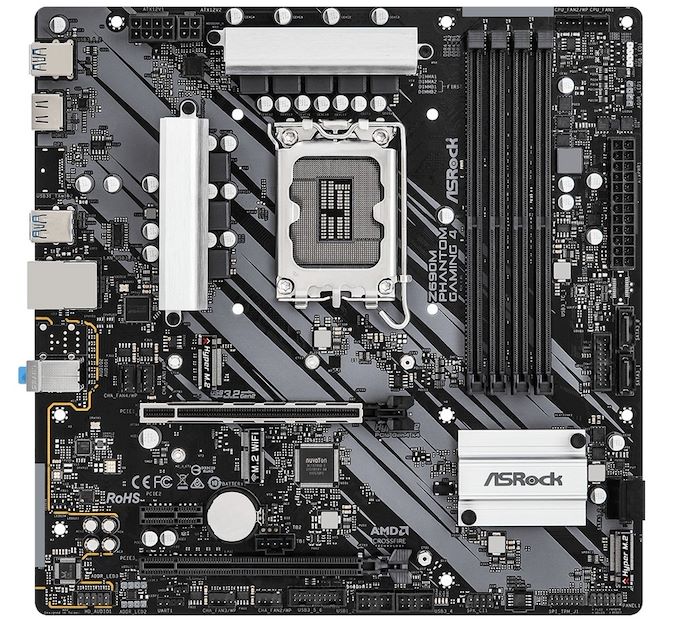 Looking at PCIe slot support, ASRock includes two full-length PCIe 4.0 slots that can operate at x16 and x8/x8, with a small PCIe 3.0 x1 slot. The obvious lack of PCIe 5.0 support on any of the full-length slots look to be a cost-cutting measure, as just by looking at the PCB, it's as basic as it gets for a desktop model. In the top right-hand corner are four memory slots, with support for DDR4-4800, with a combined capacity of up to 128 GB. For storage, there's two PCIe 4.0 x4 M.2 slots, with four SATA ports that include support for RAID 0, 1, 5, and 10 arrays.