The ASUS ROG Strix Z690A Gaming WIFI D4 is essentially the ROG Striz Z690-F Gaming, but with a silver aesthetic instead of black, and has support for DDR4 memory instead of DDR5. Looking at the design, ASUS has gone with silver brushed aluminum heatsinks and covers, with a graffiti-styled chipset heatsink, and a nice graffiti-enabled RGB design built into the rear panel cover. A lot of the board is covered up due to the large rear panel cover, the power delivery heatsinks, and numerous M.2 heatsinks. 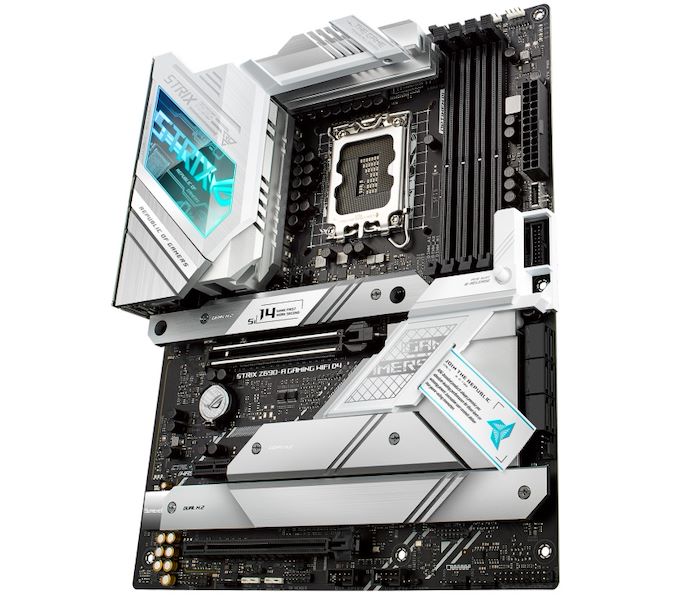 On the rear panel is one USB 3.2 G2x2 Type-C, one USB 3.2 G2 Type-C, two USB 3.2 G2 Type-A, four USB 3.2 G1 Type-A, and two USB 2.0 ports. Similar to the ROG E, and F models, the A also includes an HDMI and DisplayPort video output pairing. There are also five 3.5 mm audio jacks and S/PDIF optical output are powered by a SupremeFX ALC4080 HD audio codec and Savitech SV3H712 amplifier pairing, while networking is handled by an Intel I225-V 2.5 GbE controller and Intel Wi-Fi 6 CNVi.