Out of the trio of Z690 motherboards from Biostar at the launch of Intel's 12th generation of Alder Lake processors, the Biostar Z690GTA is one of just two models with support for DDR4 memory. While it's applicable to say the Z690GTA is perhaps the more affordable of the three, it still has a decent feature set and controller selection which puts it firmly in the mid-range to the upper end of Z690 models with DDR4 support. The aesthetic is very out there when compared to other Z690 models, with different shades of blue dominating the design of the heatsinks on a background of black. While it may look like there are RGB LEDs integrated into the rear panel cover and chipset heatsink, Biostar hasn't specified if it does. 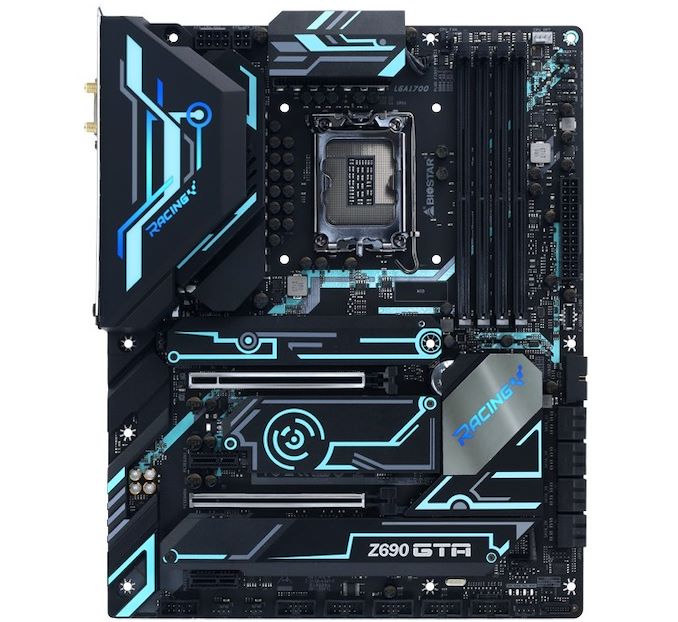 Looking at the rear panel of the Biostar Z690GTA, it includes one USB 3.2 G2 Type-C, five USB 3.2 G2 Type-A, and two USB 2.0 ports. Biostar displays a Wi-Fi 6E antenna, but in the specifications, it does say that it doesn't include one, but it does include a Realtek RTL8125B 2.5 GbE controller. For integrated graphics, Biostar includes one HDMI 2.0 and DisplayPort 1.4 and D-sub video output trifecta, while three 3.5 mm audio jacks are powered by a Realtek ALC1220 HD audio codec. Finishing off the rear panel is a PS/2 keyboard and mouse combo port.