EVGA has long been a player in the Intel motherboard space for generations now. Occasionally late to the party, they recently announced three motherboards for the Z370 chipset; the Z370 Classified K, Z370 FTW, and Z370 Micro. The Classified K and FTW are both full-size ATX boards while the Micro is mATX. All the boards offer reinforced memory slots, dual BIOS chips, SLI Support, and sometimes a unique power connector layout to avoid compatibility issues with cases and tight spaces. The Classified K leans more towards the overclocking side of things, while the FTW and Micro are going to be the generalist type motherboards.

Both the Classified K and FTW have fairly similar feature sets and appearance so we will talk about both on this page. Both boards have a black PCB and do not use any stenciled designs on the board. The only thing on the PCBs we can see are outlines for the component placement, and some of the traces. Both the Classy K and FTW include a silver shroud over the back panel with vents cut in extending to the both VRM heatsinks. Hiding under the VRM heatsinks is a 13 phase power delivery system on the Classified K, and an 11 phase implementation used on the FTW K. 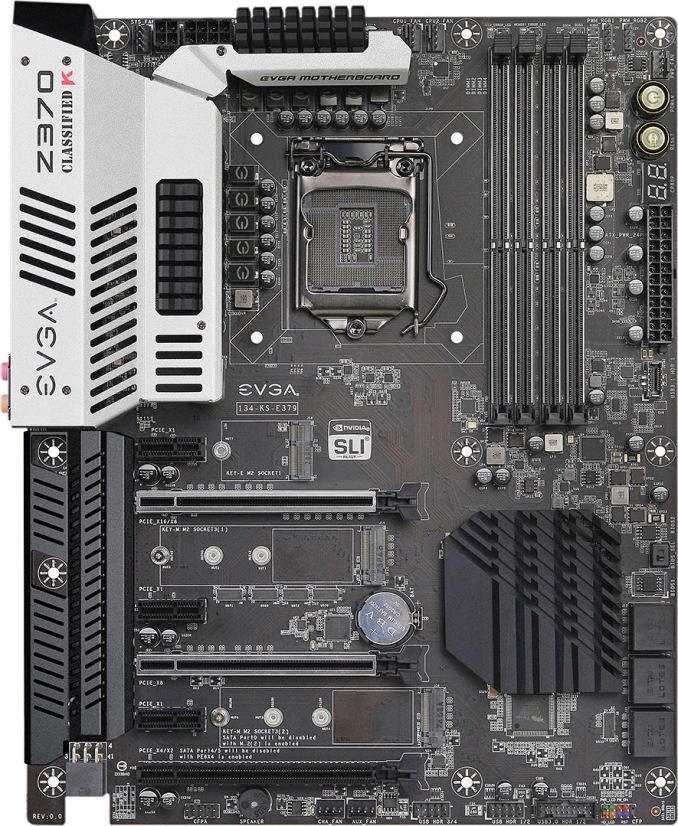 The Classified K offers an included audio cover for extending the shroud down the length of the board. Only the Classified K offers integrated RGB LEDs in the shroud, however, both have headers on the board for additional RGB strips. There are reinforced memory slots as well as the two primary PCIe slots in order to support heavier video cards. The additional 6-pin PCIe power lead at the bottom of the board is notched out for better cable management. Outside of a few minor things, the last noticeable difference between this is the FTW uses a slight smaller chipset heatsink than the Classified K. 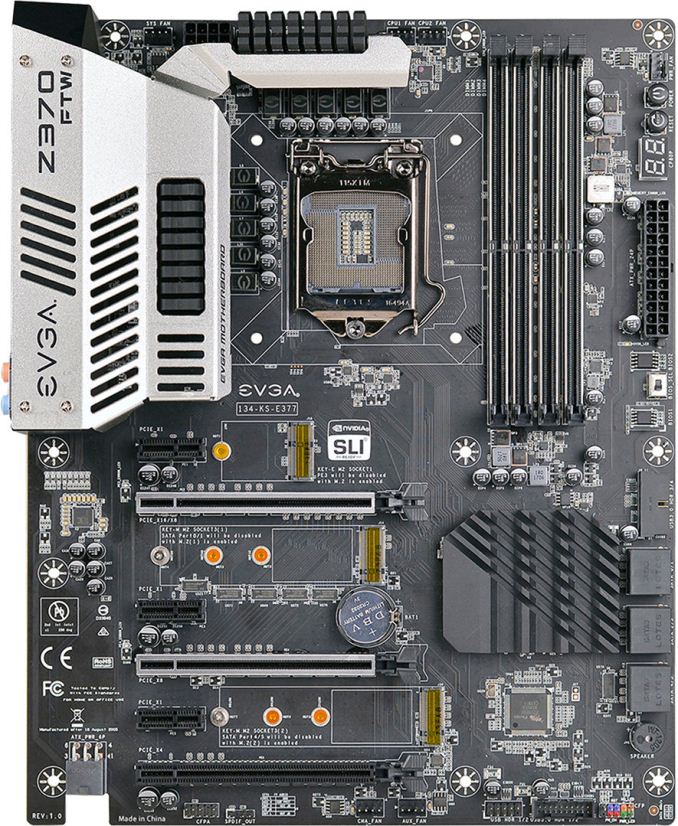 Both boards have four reinforced memory slots and support up to 64GB, with a rated maximum speed up to DDR4-4133+. The PCIe slot arrangement is also the same on both, with two full-length reinforced slots from the processor, supporting x16 in single or x8/x8 in dual mode for GPUs, and a third full-length PCIe x4 from the chipset at the bottom. Both boards also have three PCIe x1 slots from the chipset. Storage options are also the same with each board, with six SATA ports (RAID 0, 1, 5, and 10 support). There are two Key M M.2 slots for PCIe storage up to 80mm, and one Key E M.2 slot for a Wi-Fi module.

There are six 4-pin PWM fan headers around the board for fans, four within the immediate vicinity of the CPU socket and another two at the bottom of the board. On audio, the Z370 Classified K uses a Creative Sound Core 3D 5.1 channel audio codec while the FTW uses the Realtek ALC1220 codec. For networking, the Classified K uses two Rivet Networks E2500 Killer controllers, while the FTW uses a single Intel I219-V controller. 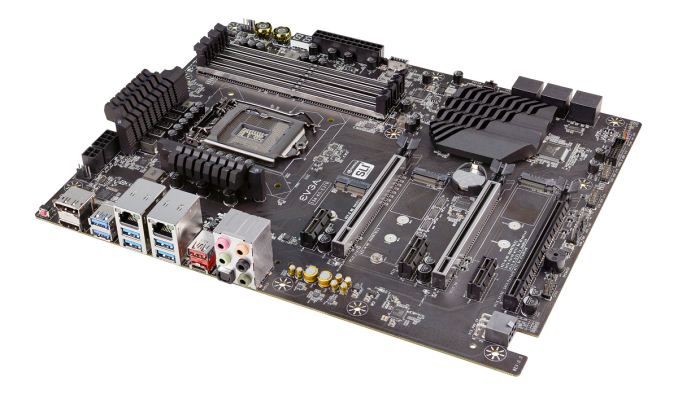 On the rear panel the Classified K has a clear CMOS button, HDMI and Displayport video outputs, six USB 3.1 (5 Gbps) ports in blue, the two Killer E2500 network ports, two USB 3.1 (10 Gbps) ports from an ASMedia controller (one Type-C), and the audio jacks. One of the upsides on the Classified K is the use of an LSPCon to provide HDMI 2.0 from the HDMI port with HDCP 2.2 support. 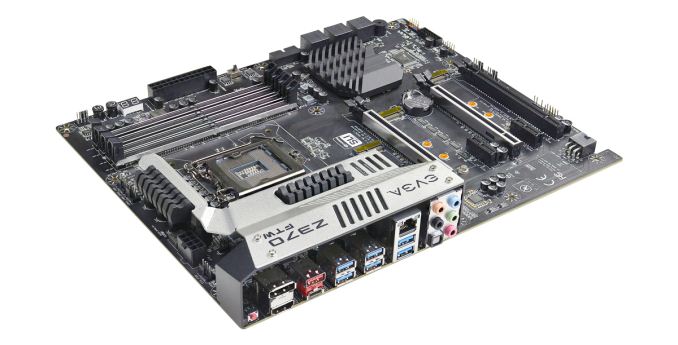 For the rear panel of the Z370 FTW, there is also a Clear CMOS button followed by HDMI and DisplayPort video outputs, but then the two USB 3.1 (10 Gbps) ports from the ASMedia controller appear in red. These are followed by the USB 3.1 (5 Gbps) ports in blue, the Intel network port, and the audio jacks.