As it stands, the MSI Pro Z690-P is the entry-level model for users looking to utilize Intel Alder Lake's power, but for a much lower price than some other Z690 models on the market. Due to this, the MSI Pro Z690-P DDR4 has a modest feature set and aesthetic, with small power delivery heatsinks, a combined rear panel cover and VRM heatsink, and a small chipset heatsink. The design follows a primarily black color theme, with a grey and black printed PCB. 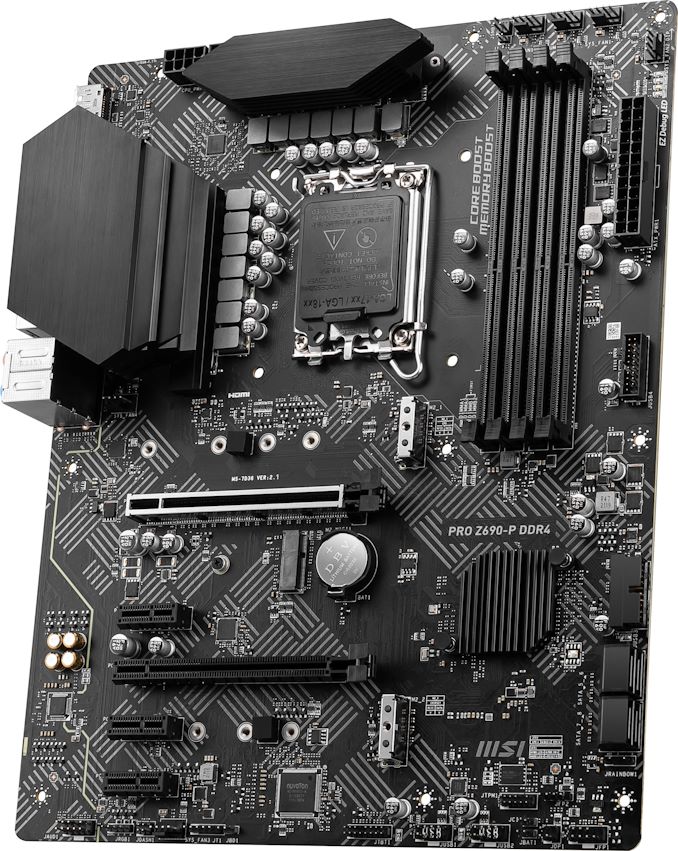 Despite the entry-level status of the Z690-P DDR4, it does include one USB 3.2 G2x2 Type-C port which is good to see, as well as four USB 3.2 G1 Type-A, and two USB 2.0 ports. Users looking to utilize Intel's integrated graphics can use one of two video outputs consisting of one HDMI 1.4b and one DisplayPort 1.4 output. For networking, MSI is using one Realtek RTL8125BG 2.5 GbE controller, with five 3.5 mm audio jacks and S/PDIF optical output providing plenty of audio options.