The only difference between the GIGABYTE Z690M Aorus Elite AX and the Z690M Aorus Elite is the regular Elite omits any form of wireless CNVi. Everything else down to the controllers, rear I/O connectivity, and aesthetic is identical. 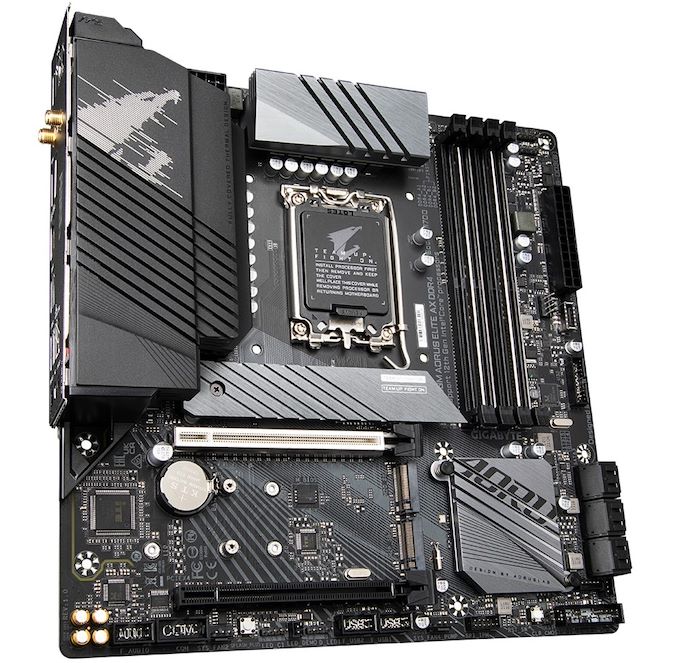 Due to its smaller size, there's a constraint on PCIe support, with the board featuring just two full-length PCIe slots, including one operating at PCIe 5.0 x16 and the other electronically locked down to PCIe 3.0 x4. Size hasn't limited memory support, however, as the board has four slots in total with support for DDR4-5333 and a total combined capacity of 128 GB. There are also storage options aplenty with three PCIe 4.0 x4 M.2 slots present, although only one of these features an M.2 heatsink, while six SATA ports with right-angled connectors can also provide RAID 0, 1, 5, and 10 array support.