Out of GIGABYTE's DDR4 supported Z690 options, the most premium comes via the Z690 Aorus Elite AX DDR4 and Z690 Aorus Elite DDR4. The GIGABYTE Z690 Aorus Elite AX and Elite both feature a mid-range level of features, including plenty of M.2 support and support for DDR4 memory. Looking at the design, GIGABYTE has gone with a primarily black layout with a dark silver contrasting aesthetic. There is a small element of RGB LED lighting built into the rear panel cover, with a strip creating an underglow effect on the right-hand side of the board. 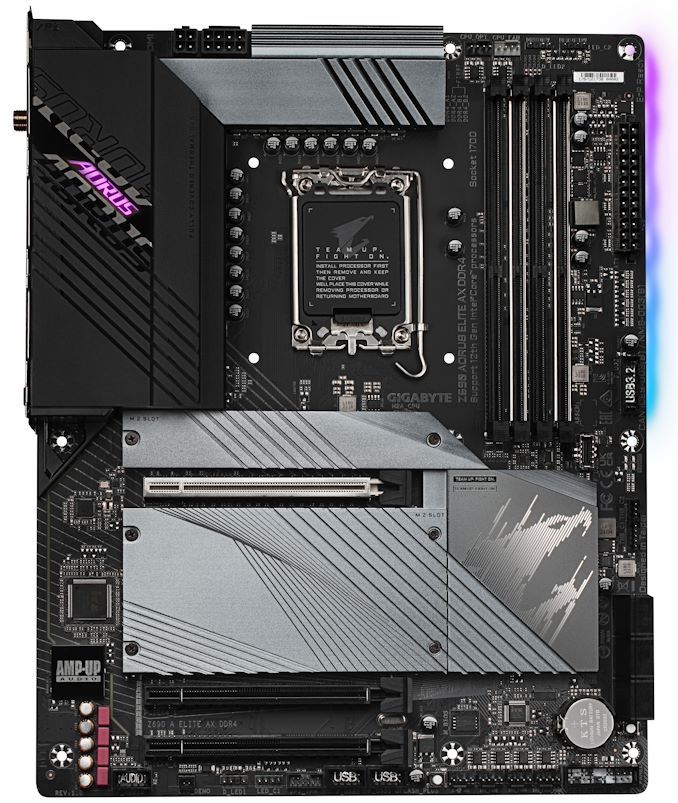 Dominating the lower section of the board are the PCIe slots, with one full-length PCIe 5.0 x16 and two full-length PCIe 3.0 x4 slots. Sandwiched in between and just above the PCIe 5.0 x16 slot are the board's M.2 slots, with a combined total of four, all of which are PCIe 4.0 x4 compatible. GIGABYTE also includes six SATA ports that support Intel RAID 0, 1, 5, and 10 arrays. For memory, there's a total of four memory slots with support for DDR4-5333 and a maximum combined capacity of 128 GB.