Sitting between the Aorus Master and Elite in GIGABYTE's new Z590 range, the GIGABYTE Z590 Aorus Pro AX advertises a direct 12+1 phase power delivery, with premium 90 A power stages, with four M.2 slots and an Intel 2.5 GbE and Wi-Fi 6 network pairing. Like other Aorus branded models, the Z590 Aorus Pro AX follows GIGABYTE's typical black and gray color theme throughout, with an integrated thin RGB LED strip in the rear panel cover and M.2 heatsinks covering all the available slots. 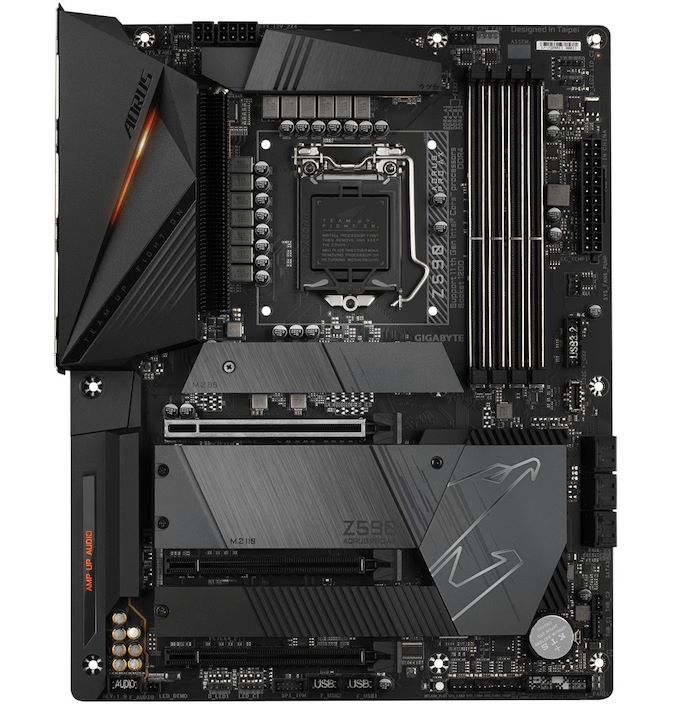