Representing the mid-range of Intel's Z590 chipset is the GIGABYTE Z590 Aorus Elite, and the Wi-Fi 6 enabled Z590 Aorus Elite AX. Aside from the Intel Wi-Fi 6 CNVi, both models are identical in design and aesthetics, with an advertised 12+1 phase power delivery, with support for 128 GB of DDR4-5000 on an ATX PCB. The design follows a simple black and silver color scheme, with RGB LEDs built into the Aorus logo at the bottom of the chipset heatsink. 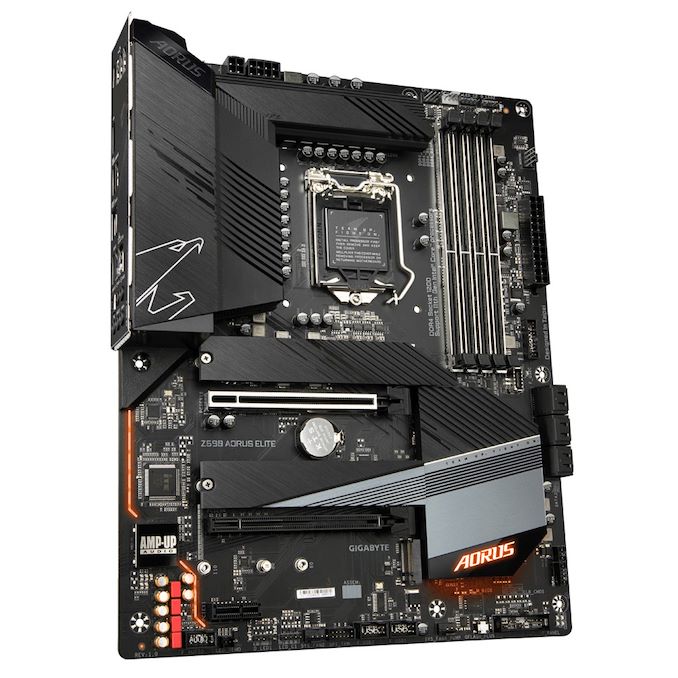 The GIGABYTE Z590 Aorus Elite and Elite AX include two full-length PCIe slots, the top one supporting up to PCIe 4.0 x16, while the bottom slot is locked to PCIe 3.0 x4, with one PCIe 3.0 x1 slot also present. For storage, the Elite pairing includes two M.2 slots, one PCIe 4.0 x4 M.2 slot with a heatsink, and a second slot supporting both PCIe 3.0 x4, and SATA drives. GIGABYTE also includes six SATA ports with support for RAID 0, 1, 5, and 10 arrays for more conventional storage devices. A total of four memory slots located in the top right-hand corner allow for up to DDR4-5000, with a combined total capacity of up to 128 GB. 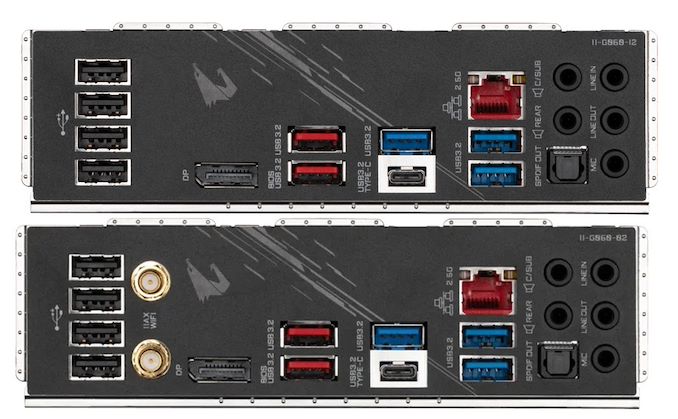