The ASUS Prime Z590-P is an entry-level Z590 model and focuses more on blending subtle aesthetics with cost-effective controllers. On the design, ASUS has gone with silver heatsinks with black accents and drops RGB LED lighting for a more refined and professional look. ASUS is advertising an 11-phase power delivery, with an 8-pin and 4-pin 12 V ATX CPU power input pairing. 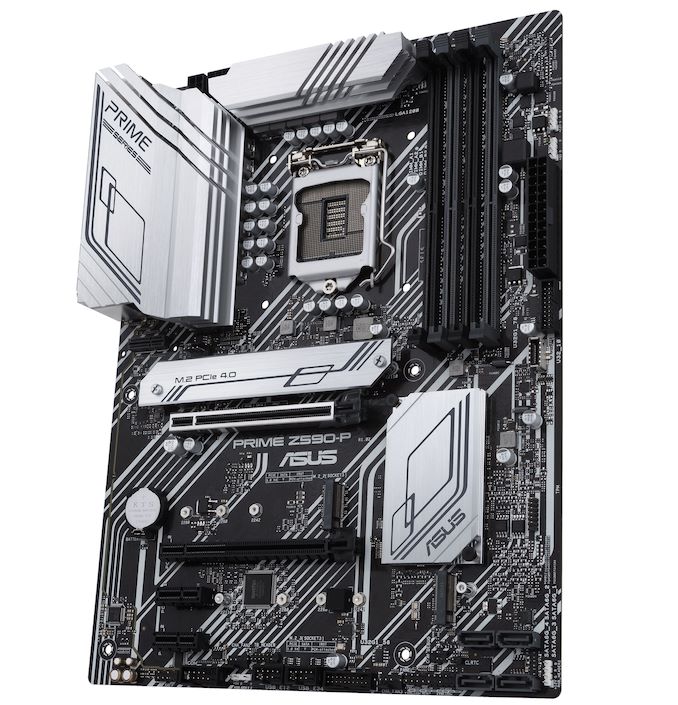 In the center section of the board, ASUS includes two full-length PCIe slots, including one operating at PCIe 4.0 x16 and the other at PCIe 3.0 x4, with two additional PCIe 3.0 x1 slots. For storage, the Prime Z590-P includes three PCIe M.2 slots, with one featuring support for PCIe 4.0 x4, with the other two limited to PCIe 3.0 x4/SATA drives. ASUS also includes four straight-angled SATA ports located in the bottom right-hand corner, which includes support for RAID 0, 1, 5, and 10 arrays. The Prime Z590-P has a total of four memory slots, which can accommodate up to 128 GB and speeds of up to DDR4-5133.

The rear panel includes one USB 3.2 G2x2 Type-C, one USB 3.2 G2 Type-A, two USB 3.2 G1 Type-A, and two USB 2.0 ports. It includes a pair of video outputs including HDMI and DisplayPort, with five 3.5 mm audio jacks powered by an unspecified Realtek controller. For networking, there's a single Realtek RTL8125 2.5 GbE controller, while users looking to add Wi-Fi can use one Key E M.2 slot. Finishing off the rear panel is a PS/2 combo keyboard and mouse port.