The ASUS Prime Z590M-Plus is one of just a small selection of micro-ATX sized models designed for Z590. It offers users a middle ground between the standard ATX form factor and the smaller mini-ITX. Designed as more an entry-level model, the Prime Z590M-Plus adopts a simple silver and black color scheme, with a black and silver, patterned printed PCB. 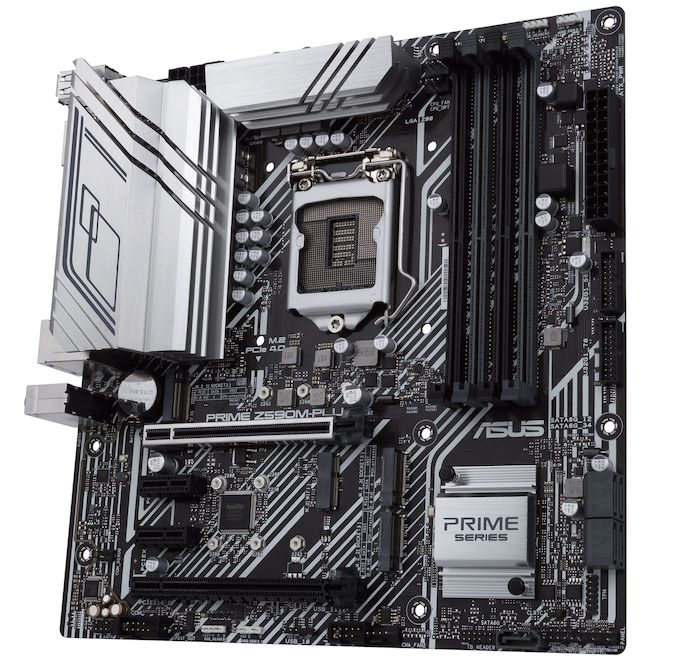