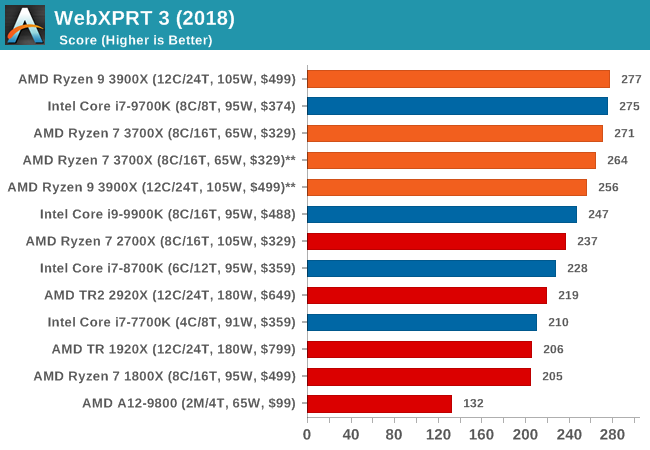 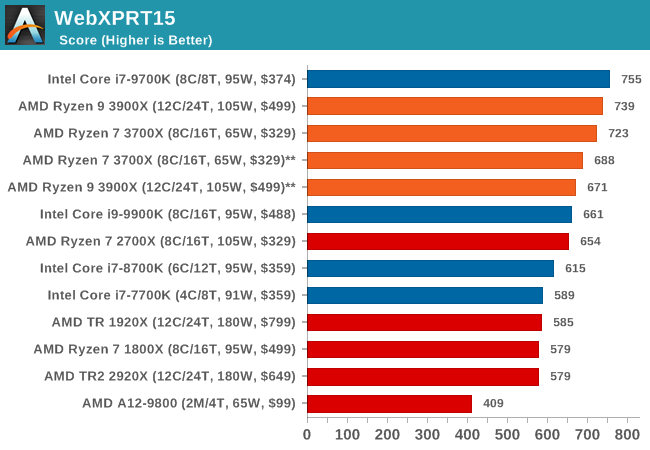 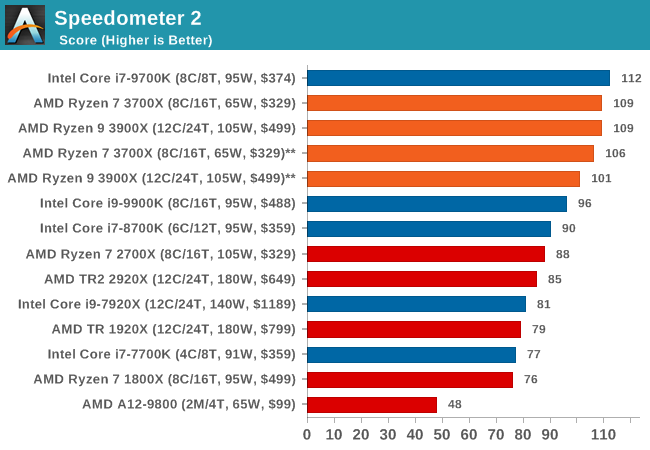 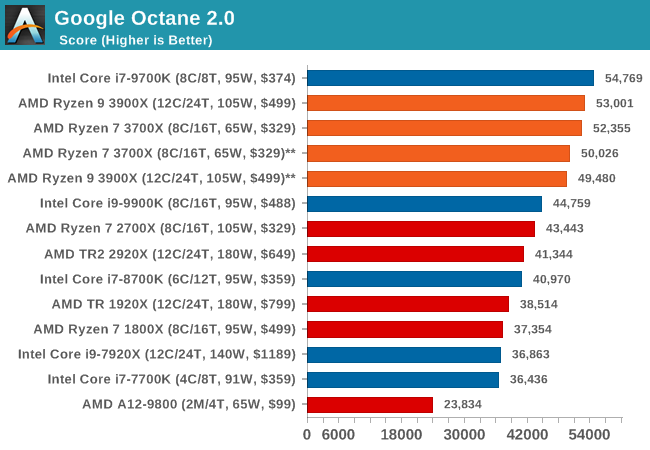 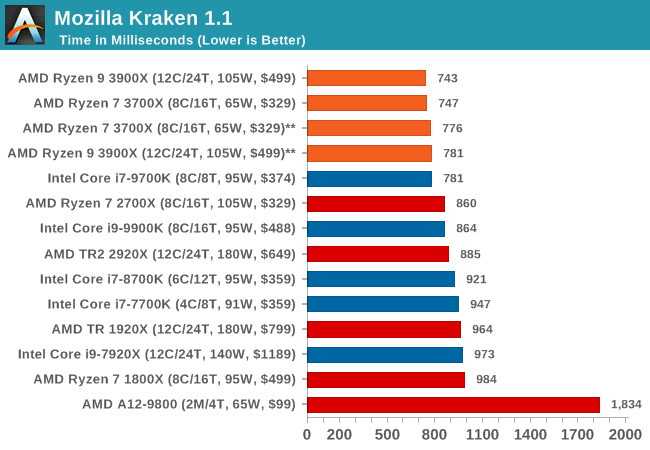 Overall, in the web tests, the new Ryzen 3900X and 3700X perform very well with both chips showcasing quite large improvements over the 2700X.

We’re seeing quite an interesting match-up against Intel’s 9700K here, which is leading all of the benchmarks. The reason for this is that SKU has SMT turned off. The singe-threaded performance advantage of this is that the CPU core no longer has to share the µOP cache structure between to different threads, and has the whole capacity dedicated to one thread. Web workloads in particular are amongst the most instruction pressure heavy workloads out there, and they benefit extremely from turning SMT off on modern cores.

Whilst we didn’t have the time yet to test the new 3900X and 3700X with SMT off, AMD’s core and op cache works the same in that it’s sharing the capacity amongst two threads, statically partitioning it. I’m pretty sure we’d see larger increases in the web benchmarks when turning off SMT as well, and we’ll be sure to revisit this particular point in the future.