In a board that stands in the ASRock's 'upper mid-range' class on its own, the Taichi name lives on another generation in the Z370 Taichi. As with those that came before it, Taichi boards are aimed to be balanced, and do not show a propensity to lean in any which way: gaming, workstation, overclocking, it could (like many other motherboards) do it all. The Z370 version won’t stray from that target either.

The Z370 Taichi looks almost the same as its bigger brother on the X299 platform. The same cog or gear artwork is featured prominently in grey against the all black PCB. The back panel and audio section are covered with the same style shroud from the X299 Taichi. The large VRM heatsinks from the Gaming i7 and Gaming K6 also find their way to the Taichi but in black instead of grey. The chipset heatsink, also in the shape of a gear, is the only place on the board to find RGB LEDs. Users are able to add more color via an LED strip through the onboard header. 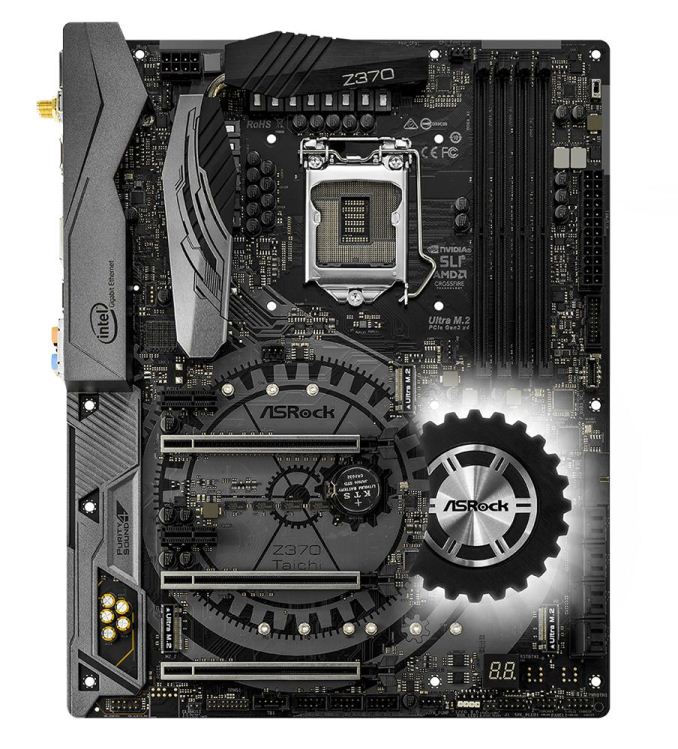 The four memory slots provide support for 64GB, with speeds up to DDR4-4333. The Taichi has three reinforced full-length GPU slots, capable of x16 in single card, x8/x8 with two cards, and x8/x4/x4 in three card mode, meaning the board supports both 2-way SLI and 3-way Crossfire. There are also two open-ended PCIe x1 slots, powered from the chipset.

The board has five 4-pin fan headers in various locations around the board to allow for BIOS or F-Stream software control in Windows. The CPU Optional and Chassis Optional pumps both deliver 1.5A/18W to the headers, for powering pumps from AIOs or custom built loops. The same audio found on the higher end boards also made it over to the Taichi via the Realtek ALC1220 codec, and uses Nichicon Gold series audio caps as well as a Texas Instruments NE5532 headset amplifier. Two Intel Ethernet controllers, the Intel I219-V and Intel I211-AT, and an Intel W-Fi module, make up the network side. As with nearly all the ASRock boards, Thunderbolt support is handled by a 5-pin add-in-card connector. 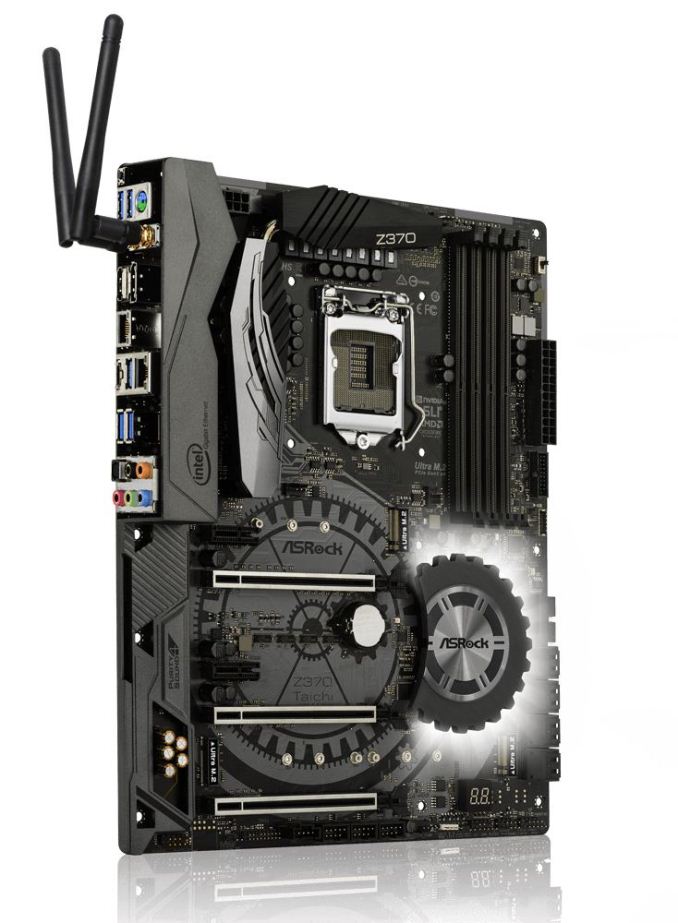 USB connectivity on the back panel IO consists of a USB 3.1 (10 Gbps) Type-A port and Type-C port from an ASMedia ASM3142, as well as four USB 3.1 (5 Gbps) ports from the chipset. A front panel USB 3.1 (10 Gbps) header is found internally, along with three USB 2.0 headers (chipset) and two more USB 3.1 (5 Gbps) headers (ASM1074 hub). The remainder of the back panel IO contains a Clear CMOS button, a combination PS/2 port, DisplayPort and HDMI, and audio jacks plus SPDIF. 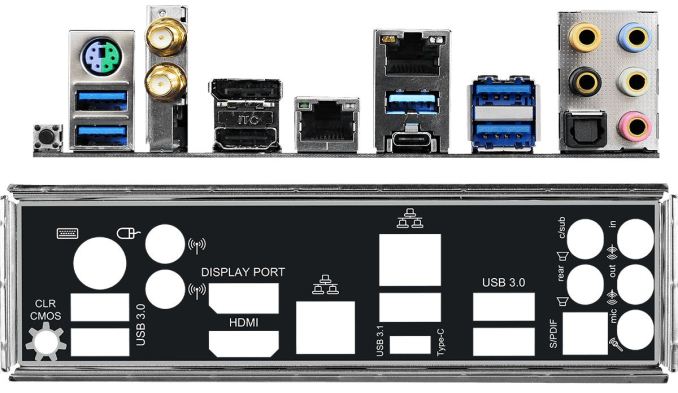