ASUS's ROG Strix B560-A Gaming WIFI is another model focused on gamers building a new system on a budget but opts for a slightly different aesthetical design. For the A model, ASUS has gone with a sleek silver and black patterned PCB, with silver heatsinks with subtle pink highlighting and an RGB-enabled ROG logo on the rear panel cover. The ROG Strix B560-F and B560-A Gaming WIFI are similar visually,apart from the storage configuration, the color scheme, and an additional PCIe 3.0 x1 slot on the A. 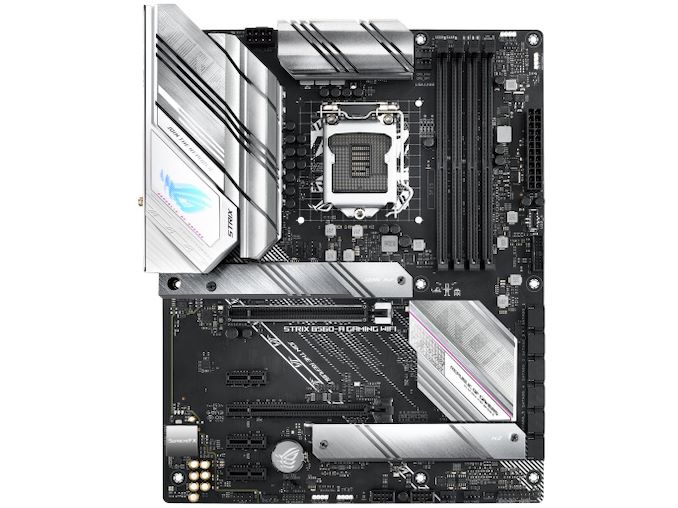 At present, we don't have a view of what's on the rear panel, but we do know the ROG Strix B560-A Gaming WIFI includes a Realtek-based2.5 GbE Ethernet controller, an Intel AX200 Wi-Fi 6 CNVi, and it is using a Supreme FX S1220A HD audio codec. ASUS is also advertising two video outputs including one HDMI 2.0 and one DisplayPort 1.4.