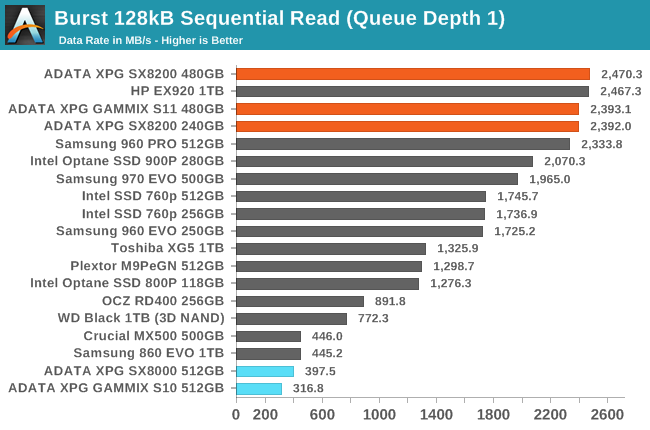 The burst sequential read performance of the ADATA XPG SX8200 and GAMMIX S11 is the exact opposite of how their predecessors behave. The newer drives provide the same fast performance we saw with the 1TB HP EX920, while the older drives are at the very bottom of the chart with only 15-20% the throughput of the SX8200. 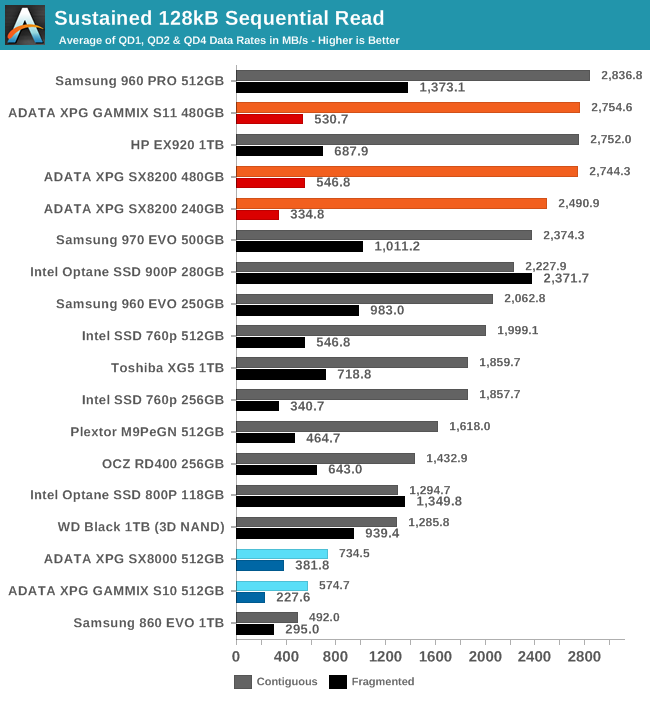 On the longer sequential read test, the SM2262 drives continue to dominate, but we find that they do not handle internal fragmentation as well as most other TLC drives. They lose proportionally more performance as a result of the fragmentation, but don't fall far behind the competition.

The power consumption of the SX8200 and GAMMIX S11 during the sustained sequential read test is a bit on the high side, but it's more than offset by the high performance, giving the drives some of the highest efficiency scores possible with flash memory. 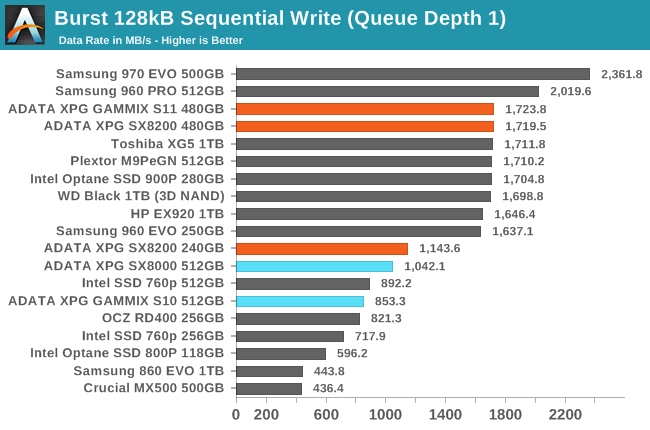 The burst sequential write speed of the 240GB ADATA XPG SX8200 is substantially lower than the excellent performance that the larger capacity manages, but both capacities are meeting their advertised performance specifications. 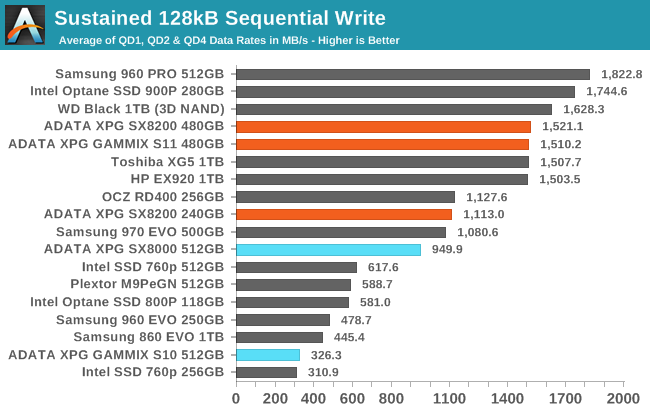 On the longer sequential write test, the 480GB SX8200 and GAMMIX S11 lose a bit of performance and drop slightly in the rankings, but the 240GB barely loses any performance. The drives are very competitive against other products from this generation, and put their predecessors to shame.

The SX8200 doesn't set any power efficiency records, but it remains close to the top of the chart. Total power consumption is similar to other NVMe SSDs, so the efficiency scores are mostly proportional to performance.

The SX8200 hits full sequential write speed at QD2, though for the 240GB model this is barely an increase over QD1 performance. Performance remains steady for the rest of the test, with no obvious signs of garbage collection stalling the SSD.