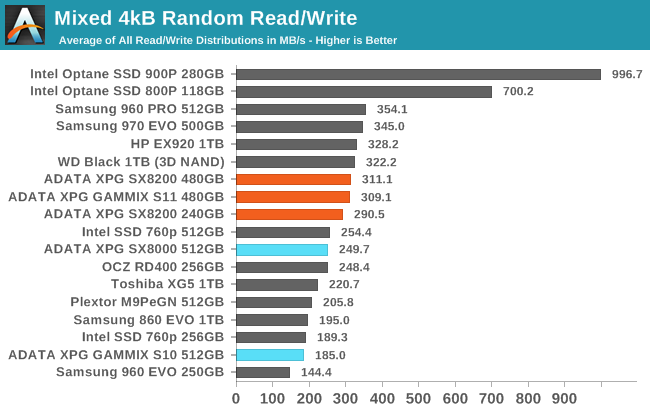 The mixed random I/O performance of the ADATA XPG SX8200 and GAMMIX S11 is a little bit slower than the fastest flash-based SSDs, but is still quite fast, especially given the lower drive capacities.

The power efficiency of the SX8200 is about par, a product of above-average performance combined with slightly above average power draw. 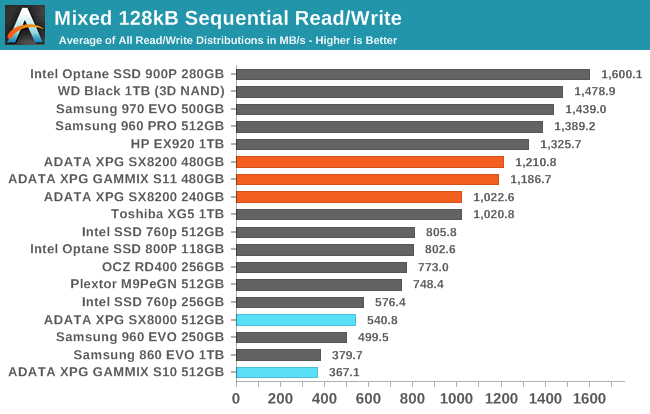 The SM2262 drives including the newer generation from ADATA cannot quite match the performance of the best from Samsung or WD on the mixed sequential workload test, but they otherwise perform quite well for their capacity, and are about twice as fast as the older SX8000.

The average power consumption of the SX8200 during the mixed sequential I/O test is rather high at about 4W compared to 3W for the preceding generation drives. However, the performance increase is more than enough to justify the power increase, and overall power efficiency is pretty good.