Moving onto ASUS's mid-range Z690 options, and we have its gaming-focused Strix series with solid features, which over the last couple of years have been at competitive price points. The ASUS ROG Strix Z690-E Gaming WIFI is no different with an all-around solid feature set, with a similar aesthetic to last year's Z590 version. Looking at the design, ASUS has gone with a very smart brushed aluminum rear panel cover, with a ROG Strix graffiti-styled chipset heatsink. ASUS does include RGB LEDs integrated into the rear panel cover, but this looks like the only place that features it on the board, outside of the inclusive RGB and Addressable headers which can be found on the edge of the PCB. 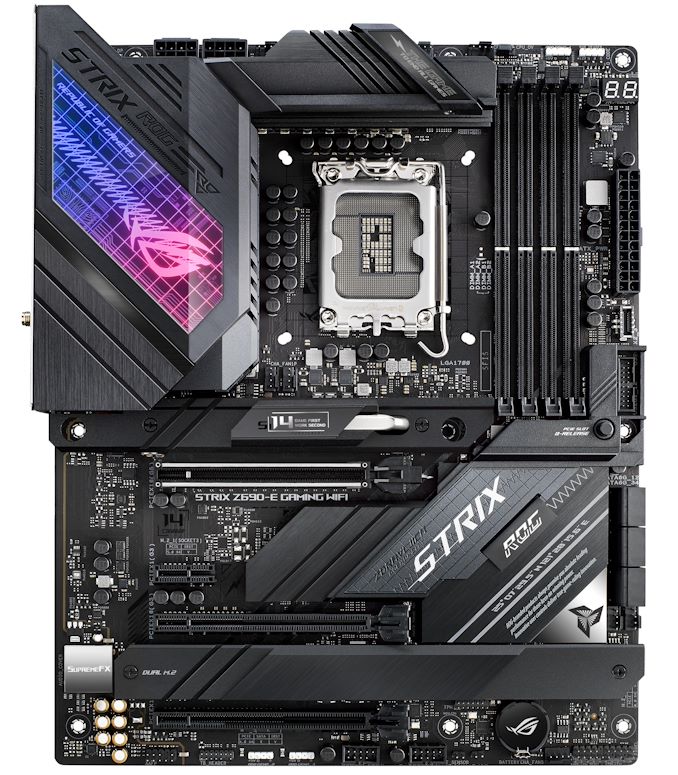 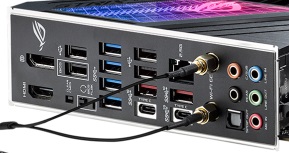 Touching on the rear panel connectivity options, ASUS hasn't provided a full list at the time of writing, but we know it includes. There's one USB 3.2 G2x2 Type-C, with one USB 3.2 G2 Type-C, two USB 3.2 G2 Type-A, four USB 3.2 G1 Type-A, and four USB 2.0 ports, with an HDMI and DisplayPort video output pairing. A total of five 3.5 mm audio jacks and S/PDIF optical output are powered by a SupremeFX ALC4080 HD audio codec and Savitech SV3H712 amplifier pairing, while networking is handled by an Intel I225-V 2.5 GbE controller and Intel Wi-Fi 6E CNVi.