The MSI MEG Z590 Ace and MEG Z590 Ace Gold Edition both represent its enthusiast gaming series and sits just below the Godlike in both specifications and overall presentation. MSI has opted for a primarily black design with gold accents at various points of the board, including the power delivery and top M.2 heatsink, with more gold text on the audio PCB cover. It includes a stylish illuminated RGB MSI Dragon logo built into the rear panel cover, with more RGB LED's located within the bottom mesh of the chipset heatsink.

The only difference between the Z590 Ace and Z590 Ace Gold Edition is the aesthetic, with the latter decked out in gold and aluminum instead of black. The rest of the feature and controller set remains the same. 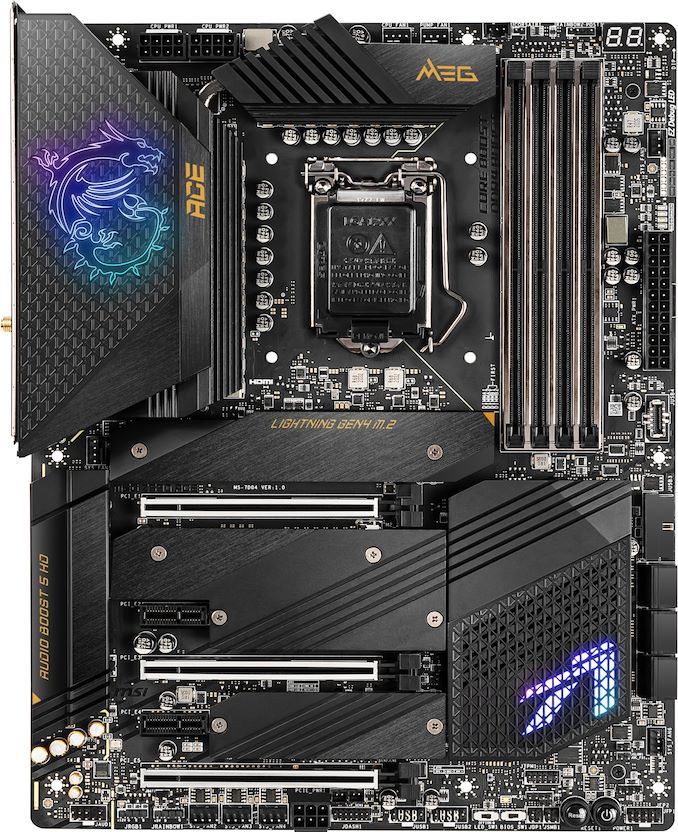 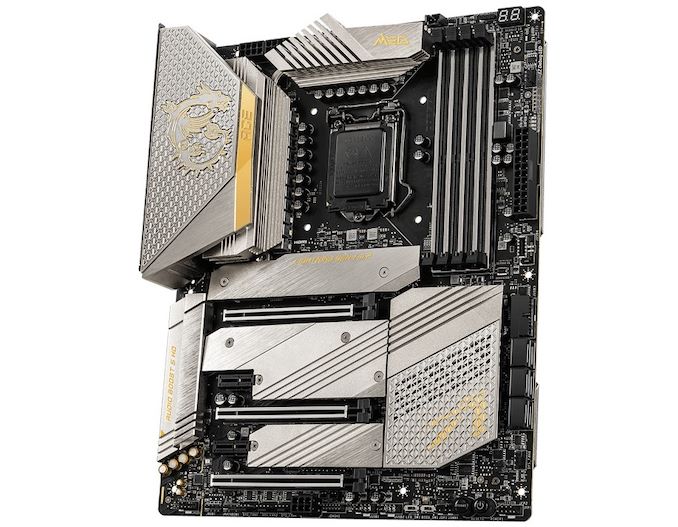 In the top right-hand corner is a two-digit LED debugger, while a power and reset button pairing is located in the bottom right-hand corner. MSI is advertising a 16+2 phase power delivery that uses doublers, with a pair of 8-pin 12 V ATX CPU power inputs.

As it stands, MSI has an MSRP of $489 set for the MEG Z590 Ace, which is around $80 more than when it released the Z490 version. It does include a host of premium features and includes dual Thunderbolt 4 Type-C.