The Ultimate Force, or known as TUF, used to be a premium focal point of ASUS's motherboard range built on durability and when it used to have a better-than-standard warranty and full body armor. However over the last couple of years the brand has shifted somewhat as the ASUS TUF series now represents its entry-level gaming options. ASUS is advertising a 14+2 phase power delivery, with one 8-pin and 4-pin 12 ATX CPU power input pairing, three M.2 slots, and Intel 2.5 GbE and Wi-Fi 6 networking. The only difference between the two Z590-Plus and Z590-Plus WIFI is the latter is using a wireless CNVi module. Everything else is identical. 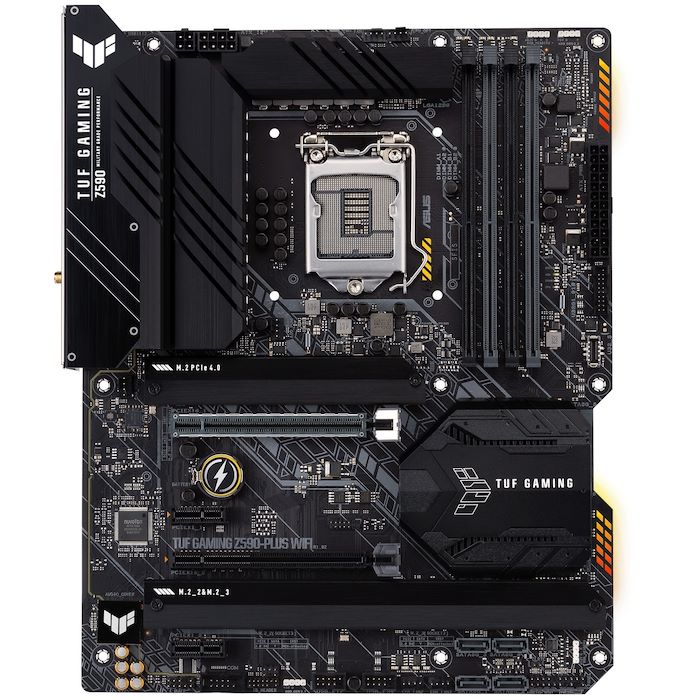 When ASUS rebranded The Ultimate Force (TUF) series from a robust series focused on reliability and toughness to its entry-level gaming series, the price being touted for the ASUS TUF Gaming Z590-Plus WIFI is $306, which is certainly not entry-level pricing. This is due to various premium controllers, albeit well used, including an Intel 2.5 GbE and Wi-Fi 6 pairing. There is a non WIFI version with a slightly lower price tag of $290.