The ASUS ROG Strix Z590-E Gaming WIFI represents the mid-range and includes an advertised 14+2 phase power delivery, with four PCIe M.2 slots, dual Intel 2.5 GbE, and Intel's latest Wi-Fi 6E CNVi. It follows an all-black design, with ASUS's holographic logo embossed onto the rear panel cover, the top M.2 heatsink, and in the bottom left-hand corner of the chipset heatsink. ASUS includes its Optimem III memory technology and has four memory slots with support for up to 128 GB of memory. 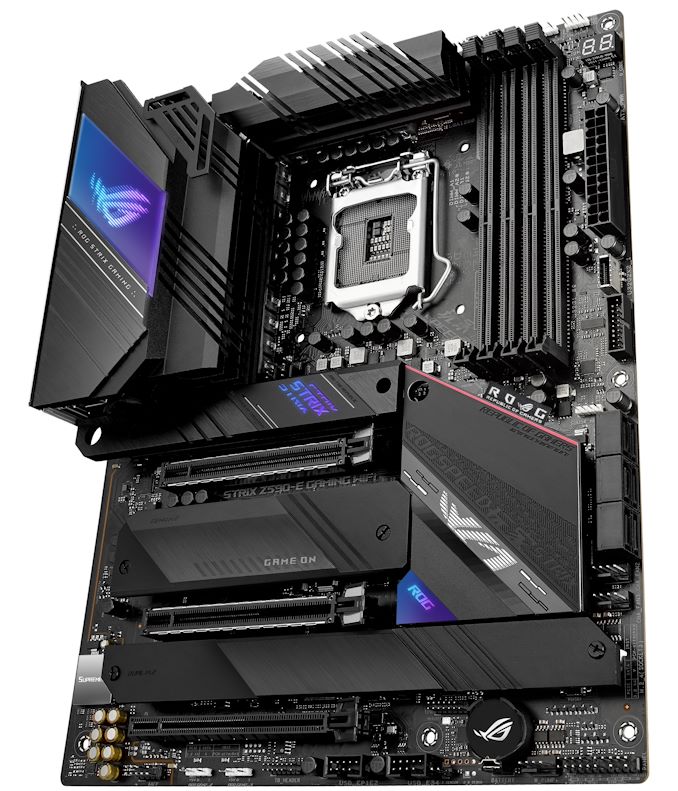 ASUS includes three full-length PCIe slots, with the top two of these featuring support for PCIe 4.0 x16 and x8/x8, with the bottom slot electronically locked at PCIe 3.0 x4. There are four PCIe M.2 slots for storage, two with support for PCIe 4.0 x4 and two PCIe 3.0 x4/SATA M.2 slots. Six SATA ports are located at the right-hand side, with support for RAID 0, 1, 5, and 10 arrays. Onto the memory and the Z590-E Gaming WIFI has support for up to 128 GB and can run with speeds of up to DDR4-5333. Other notable features include a two-digit LED debugger in the top right-hand corner and a 16-phase (14+2) power delivery, which is powered by an 8-pin and 4-pin 12 V ATX CPU power input pairing. 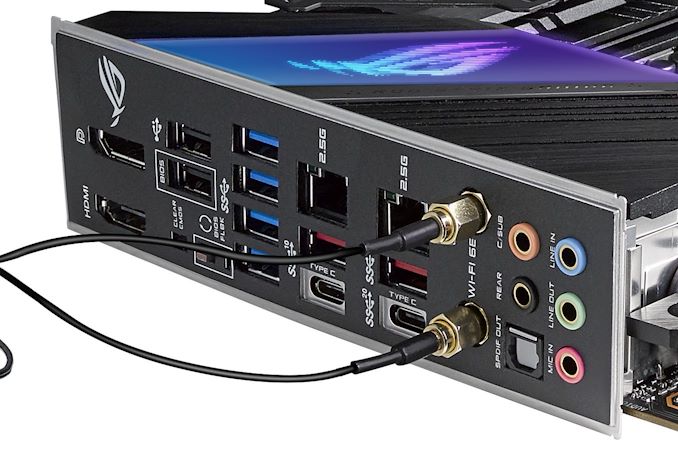 Preliminary pricing suggests the ASUS ROG Strix Z590-E Gaming WIFI will retail for around $380, which isn't a bad price considering all the board has to offer. The Strix series typically targets the mid-range, but with ASUS opting to bolsters most of its main ranges with premium controllers, the ROG Strix Z590-E Gaming WIFI sits directly below the ROG Maximus XIII Hero in ASUS's stack.