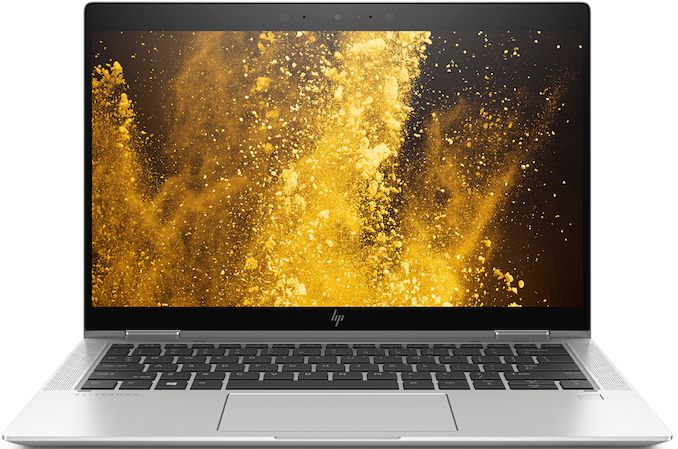 The EliteBook x360 1030 G4 — HP’s fourth-generation flagship 13.3-inch convertible — comes in the same CNC-machined aluminum unibody as its third-generation predecessor, which is 15.8 mm thick and weighs 1.27 kilograms. The weight and dimensions are among the lightest and most compact in the industry for 13.3-inch convertibles. Furthermore, due to very thin display bezels, HP says that its latest EliteBook x360 1030 machines resemble 12-inch class notebooks. 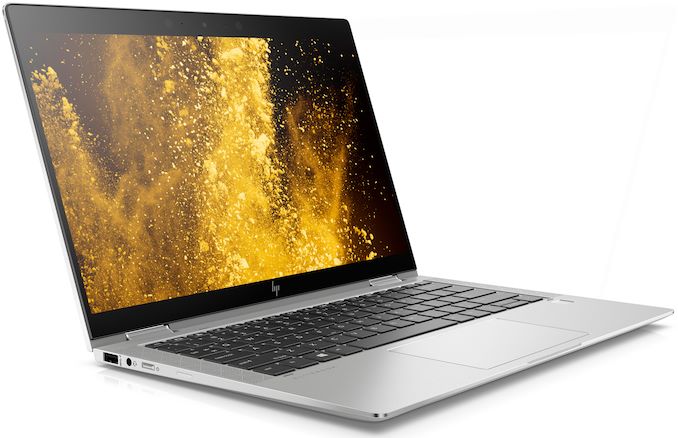 Speaking of displays, it is noteworthy that HP offers slightly different LCD options for the new fourth-generation models (see the table below for exact specifications). The flagship models are outfitted with a glossy Ultra-HD (3840×2160) screen. For those who need very high brightness to work comfortably outdoors, HP offers a Full-HD (1920×1080) resolution featuring 1000 nits luminance, which likely come at a large cost of power consumption, affecting the device's battery life when at such brightness levels.

Customers requiring privacy can opt for a Full-HD panel with HP’s third-generation SureView integrated privacy screen. Finally, the cheapest models will come with standard Full-HD screens. All versions of HP’s new convertibles come with an ambient light sensor to automatically adjust luminance depending on lighting conditions. 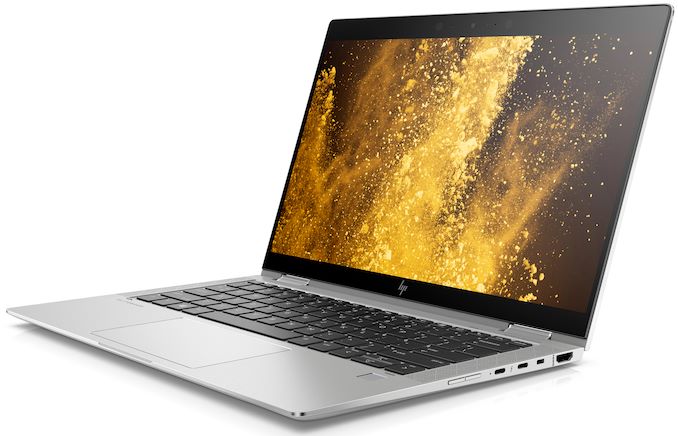 As far as performance is concerned, the fourth-gen EliteBook x360 1030 is powered by Intel’s 8th Gen Core i5/i7 processors codenamed Whiskey Lake with four cores (and running at slightly higher clocks than Intel's Kaby Lake Refresh CPUs) paired with 16 GB of LPDDR3 memory, and a PCIe/NVMe SSD with up to 2 TB capacity (select configs for government agencies use encrypted drives). In general, performance of the EliteBook x360 1030 G3 and G4 should be pretty close (though, this is just an assumption at this point). 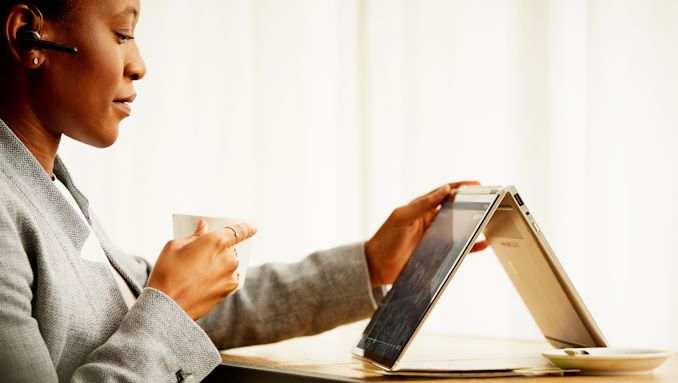 Where the new EliteBook x360 1030 G4 clearly outpaces its predecessor is connectivity. The new convertibles are equipped with Intel’s latest AX200 Wi-Fi 6 module supporting 802.11ax Wi-Fi and Bluetooth 5, a Gigabit-class 4G/LTE modem, as well as NXP’s NPC300 NFC controller. When it comes to physical ports, the system has two Thunderbolt 3 connectors, one USB 3.0 Type-A header, an HDMI 1.4 output, and a 3.5mm audio jack.

Just like its name suggests, the EliteBook x360 1030 G4 does not compromise multimedia capabilities, the convertible is equipped with four Bang & Olufsen-badged speakers with amplifiers and a microphone array with noise cancellation software capability. Furthermore, the hybrid PC has a Full HD webcam with IR sensors for Windows Hello facial recognition. Like all convertibles, the EliteBook x360 1030 G4 has an accelerometer, a gyroscope, a magnetometer, and a Hall effect sensor. As far as the battery is concerned, the system has a 56.2 Wh battery that is now rated for 19 hours of life on one charge (according to MobileMark 2014 and when used with a very energy-efficient display). Capacity of the battery is comparable to that of other 13.3-inch class notebooks, yet do not expect a very long battery life in case of premium configurations.

Being aimed at enterprises and government agencies, HP’s Elite-branded systems come with robust security and reliability features. In addition to TPM 2.0 and HP’s proprietary technologies like Sure Start, Sure Recover, the new EliteBook x360 1030 G4 is equipped with the company’s latest Endpoint Security Controller as well as HP’s Sure Sense AI-based Malware detection. Furthermore, the machine can support three-factor authentication (face, fingerprint, password).