The QD1 burst random read performance of the Samsung 970 EVO Plus is an improvement over its predecessor, but not as large as was promised by the spec sheet. The Samsung drives are also still lagging far behind the fastest combinations of IMFT NAND and Silicon Motion controllers.

On the longer test of random read performance that also brings in some higher queue depths, the Samsung 970 EVO Plus is more competitive and comes out tied or ahead of last year's best. But not shown here are the preliminary results from our tests of SM2262EN drives (next in the review queue) which are substantially faster than the 970 EVO Plus.

The 970 EVO Plus uses more power during the random read test than any other drives in this bunch, leaving it with some of the worse efficiency scores despite the good performance. 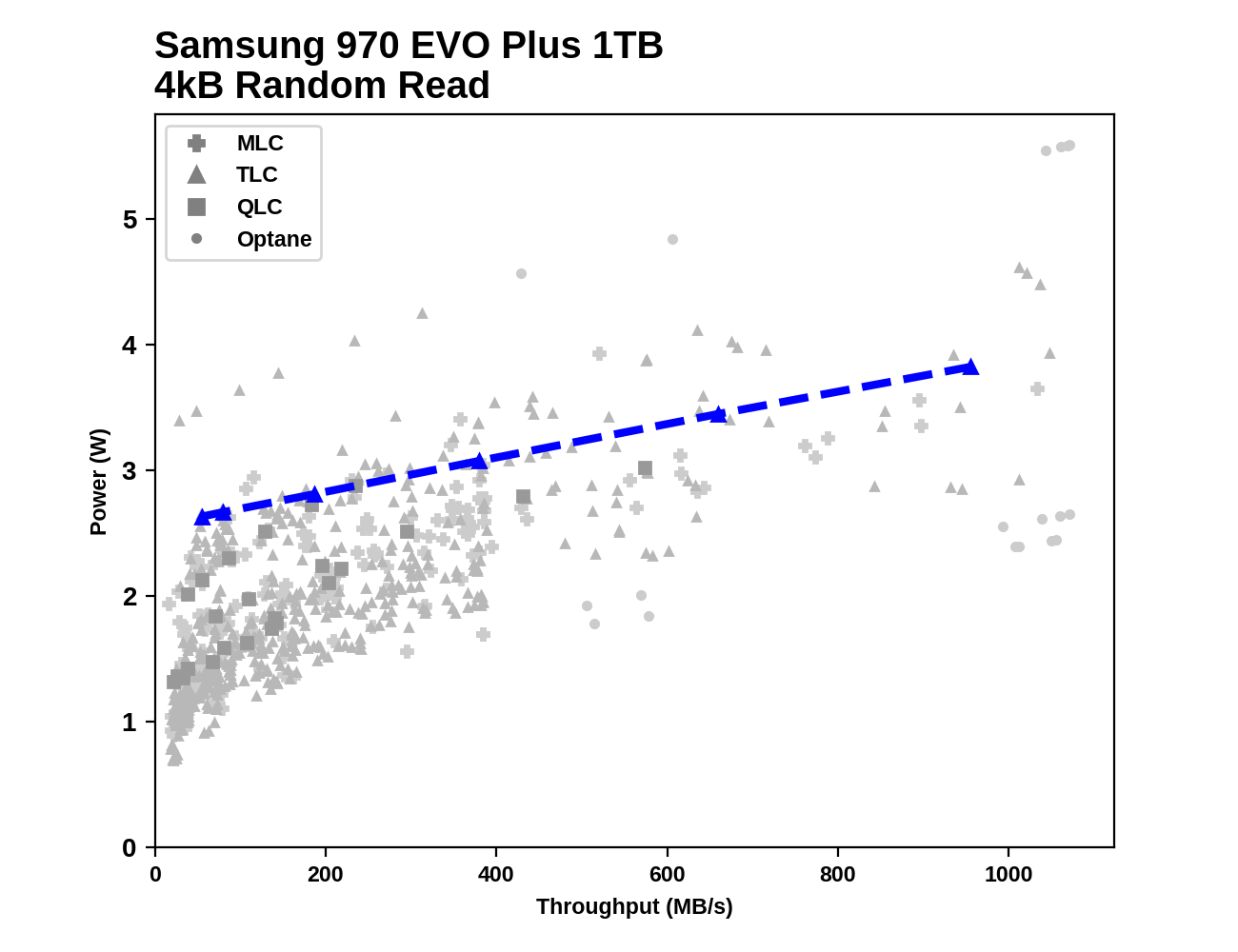 The relatively high power consumption of the 970 EVO Plus is apparent when plotting its test results against the rest of the database. At lower queue depths it delivers speeds that are achievable by SATA SSDs but uses more power than almost all of them. Once the queue depth has increased sufficiently to take the 970 EVO Plus beyond the SATA limit, it still uses more power than most of the remaining competition.

The burst random write performance of the 970 EVO Plus takes a slight step backwards from its predecessor, leaving it far behind the best competitors, which are currently led by the Phison E12-based Corsair MP510, 67% faster than the 970 EVO Plus.

When the longer random write test brings in some higher queue depths, the 1TB 970 EVO Plus regains a high-end standing but doesn't quite catch up to the WD Black SN750. The 250GB model is a bit further behind the lead thanks to the fast write cache of the ADATA SX8200, which performs identically to that of the related 1TB HP EX920.

The 970 EVO Plus improves upon the random write power efficiency of its predecessors and ranks very highly, but the WD Black SN750 provides 26% better performance per Watt on this test, and the ADATA SX8200 beats the 250GB 970 EVO Plus by 21%.

The Samsung 970 EVO Plus reaches full random write speed by QD4 and is reasonably steady through the rest of the test. The 1TB model saturates at a slightly higher level than the WD Black SN750, but its overall score suffered due to the slower QD1 performance. The ADATA SX8200 that provides excellent low-QD random write performance at low capacities does run out of SLC cache for part of the test and drops below the 250GB 970 EVO Plus's performance level for a while before recovering. 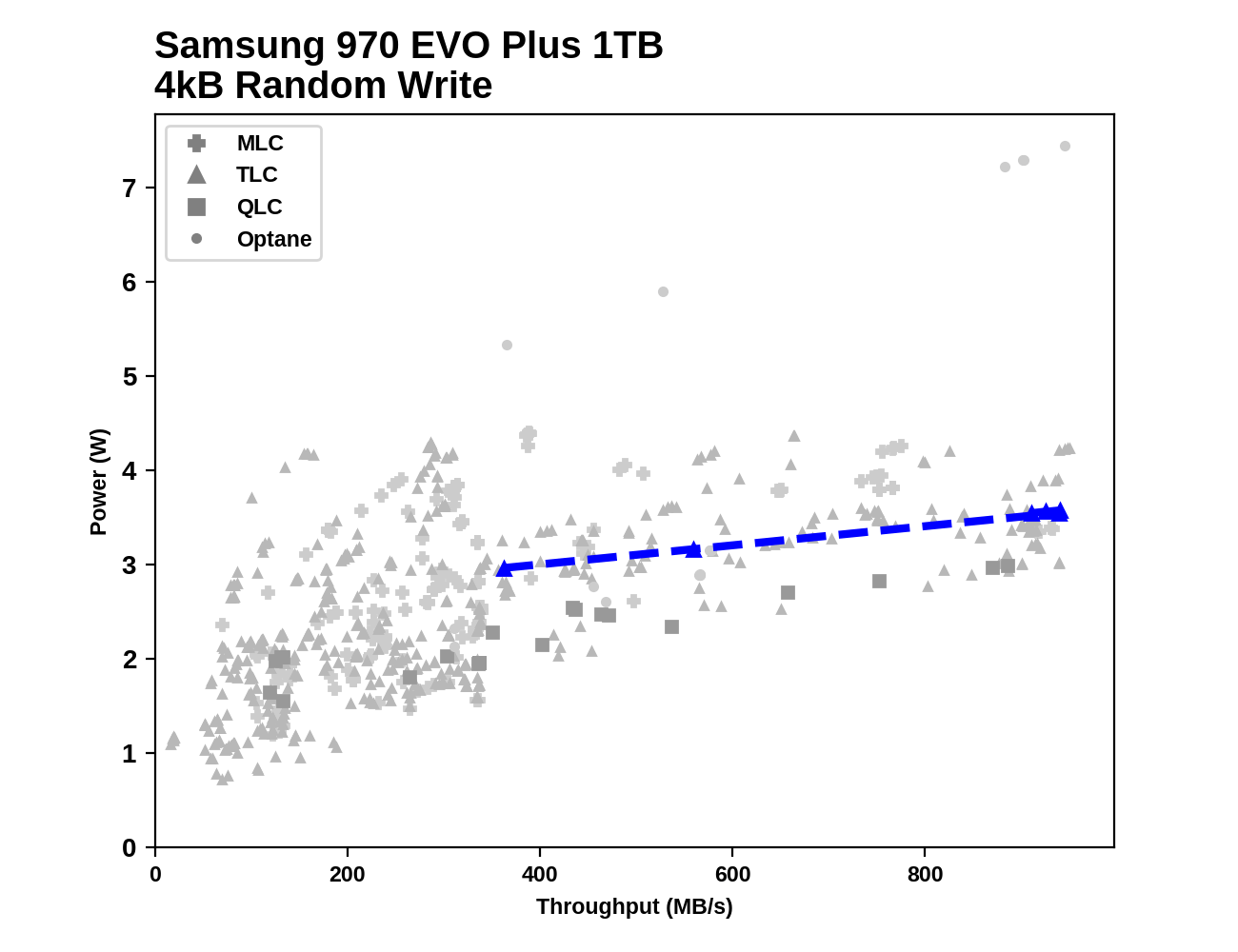 Comparing the 970 EVO Plus against all the results in the database shows the 1TB drive starts out with QD1 performance just beyond the limit for SATA drives, and power requirements don't increase much as throughput climbs. At higher queue depths the 970 EVO Plus falls roughly in the middle of the normal power consumption range for high-end drives.