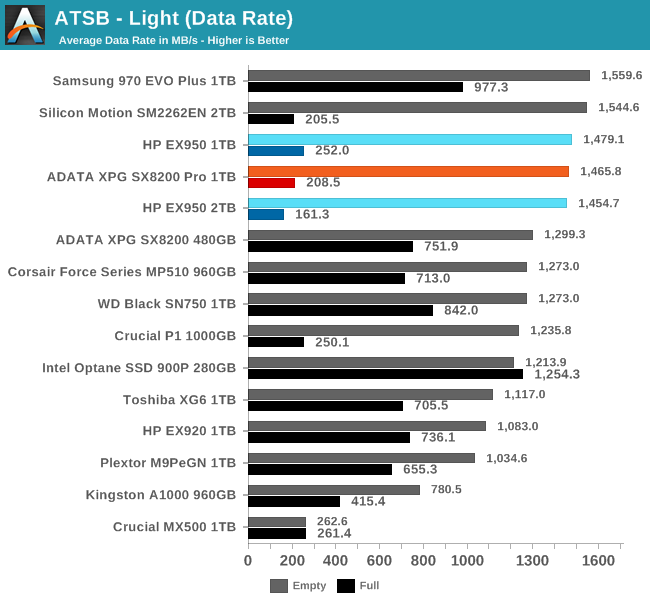 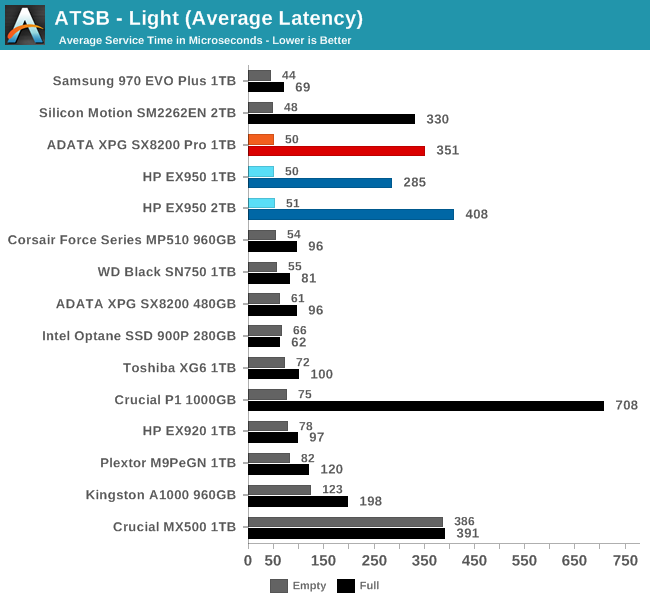 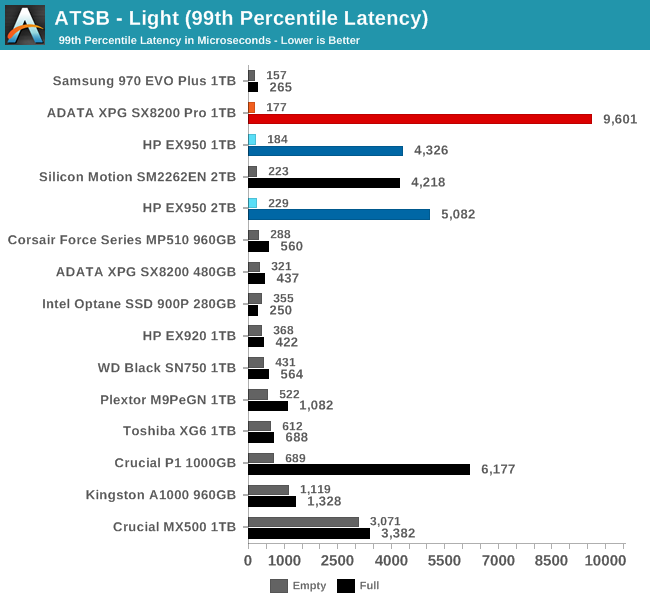 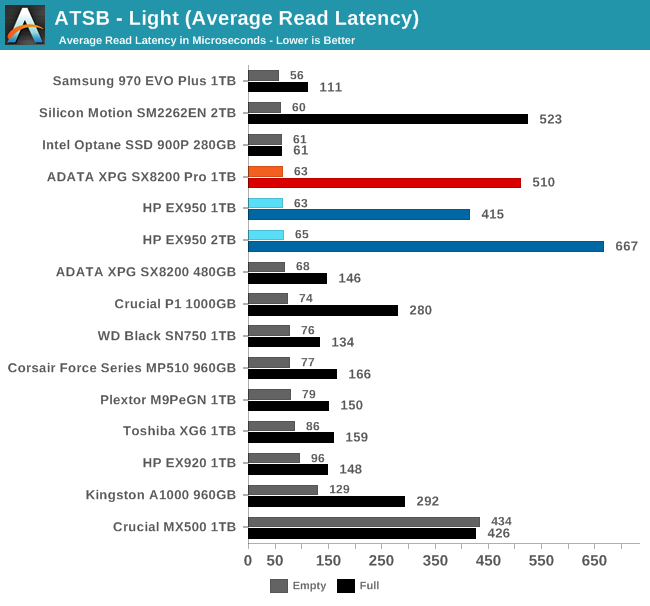 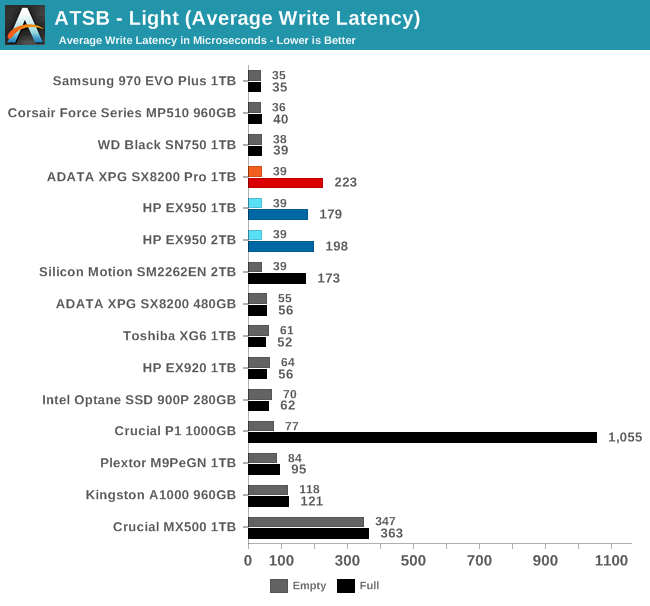 The average read and write latency scores for the SM2262EN drives are within a few microseconds of the fastest drives when the Light test is run on an empty drive, but when the drives are full the read latency ends up in SATA territory and the write latency comes close to that. 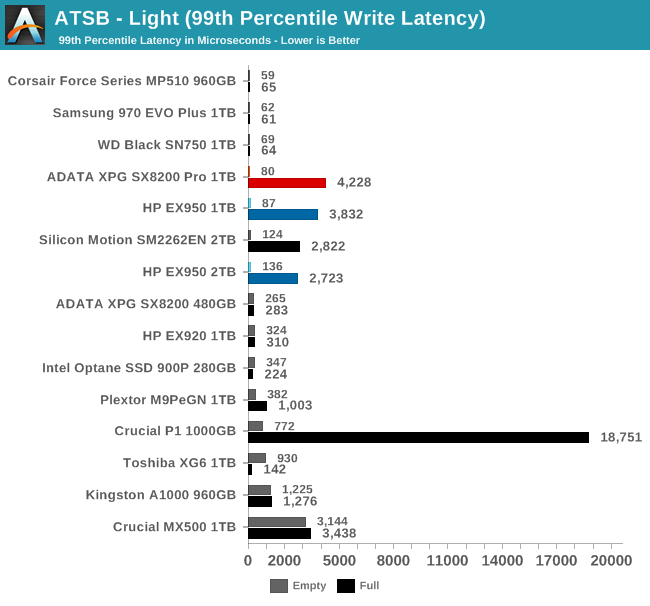 The 99th percentile read and write latency scores again show no problem for the SM2262EN drives when the Light test is run on an empty drive, but the full-drive performance is a problem. In this case, the 99th percentile read latency is especially bad, with the retail SM2262EN drives scoring worse than the engineering sample and providing tail latencies several times higher than the Crucial MX500 SATA drive. 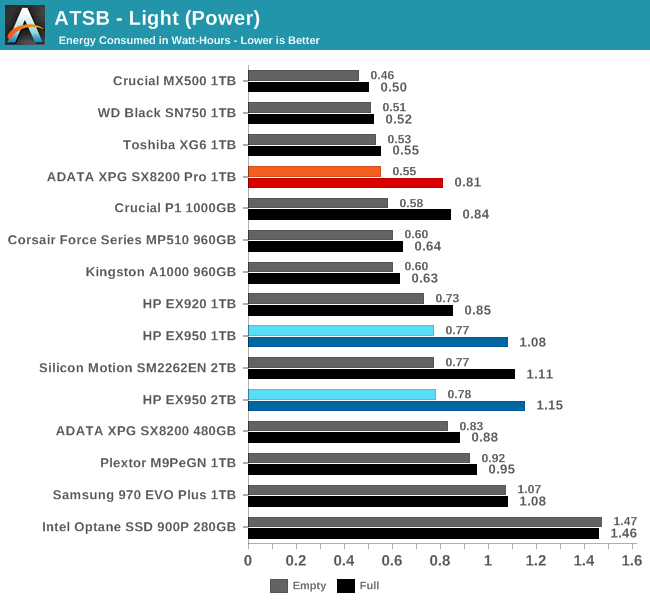 The SM2262EN drives again show significantly higher energy requirements when the test is run on a full drive rather than an empty drive. The ADATA SXP SX8200 Pro's efficiency advantage over the HP EX950 means the former's efficiency is still decent by NVMe standards even for the full-drive test run.