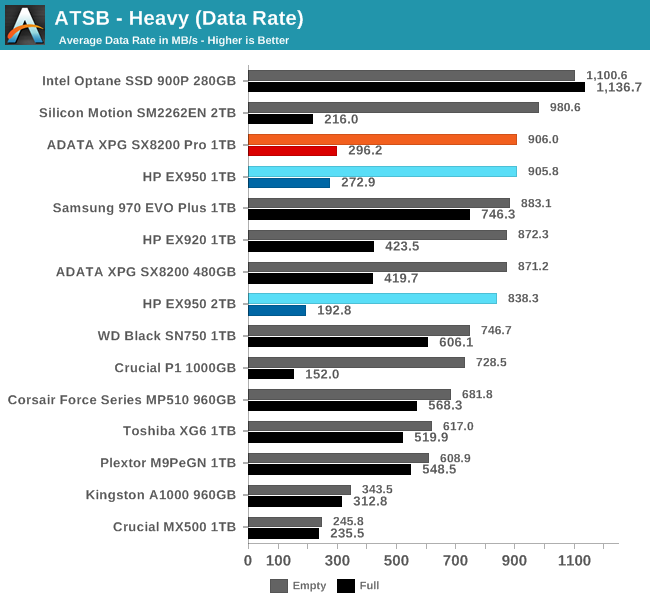 The Silicon Motion NVMe drives provide excellent overall performance when the Heavy test is run on an empty drive, but at the cost of much worse full-drive performance. This effect is not as strong for the 1TB models as for the 2TB HP EX950, which has also regressed overall from the performance of the pre-production firmware. The very slight gains the 1TB SM2262EN drives make over the HP EX920 in empty-drive performance do not come close to justifying the sacrifice in full-drive performance, especially since the SM2262 was already subpar in this respect. 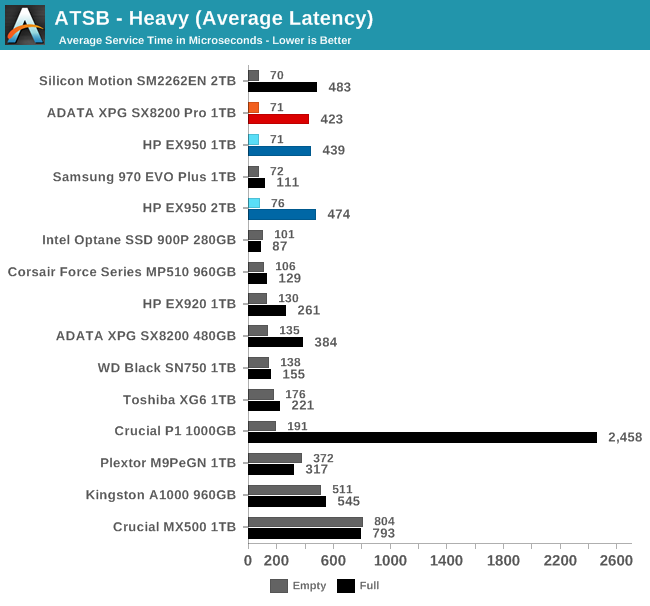 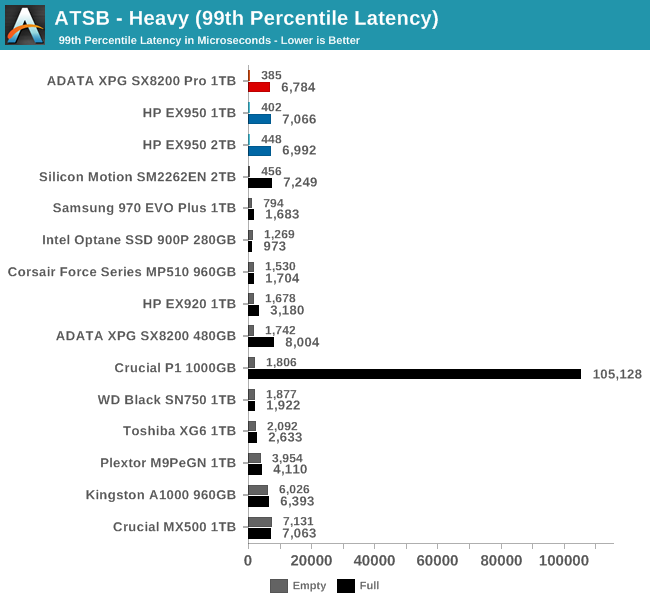 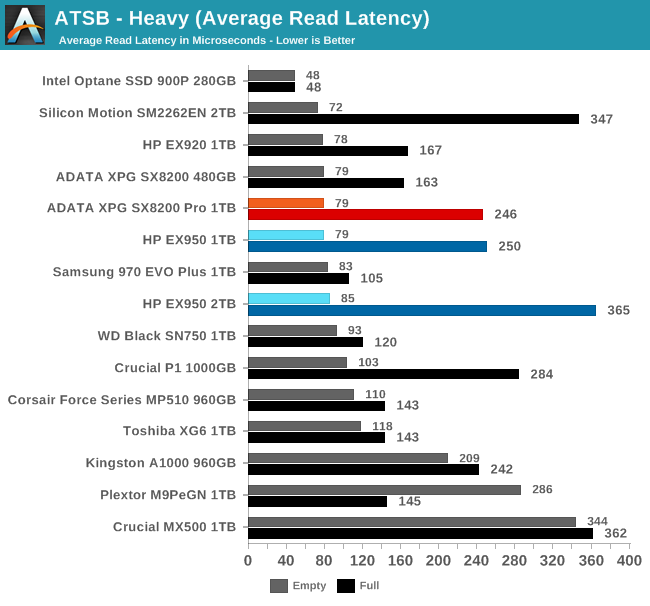 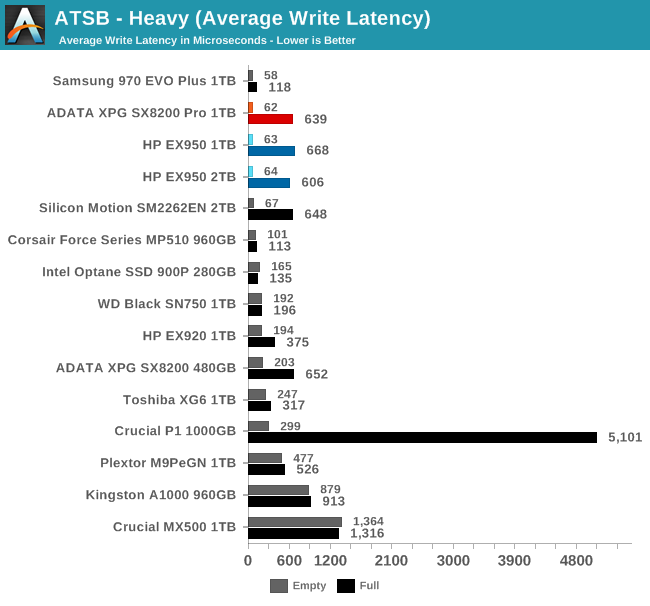 The best-case average read latency scores from the SM2262EN drives when the Heavy test is run on an empty drive are unchanged from the earlier SM2262 drives and remain among the best from any flash-based SSD. The empty-drive average write latencies are significantly faster than the older drives and are comparable to what Samsung's latest 970 EVO Plus provides. But as with the other metrics, performance on a full drive is not competitive with other high-end SSDs. 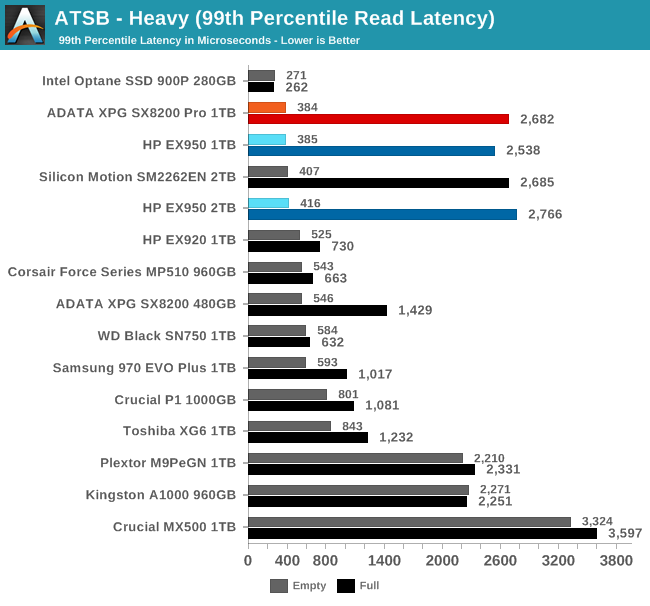 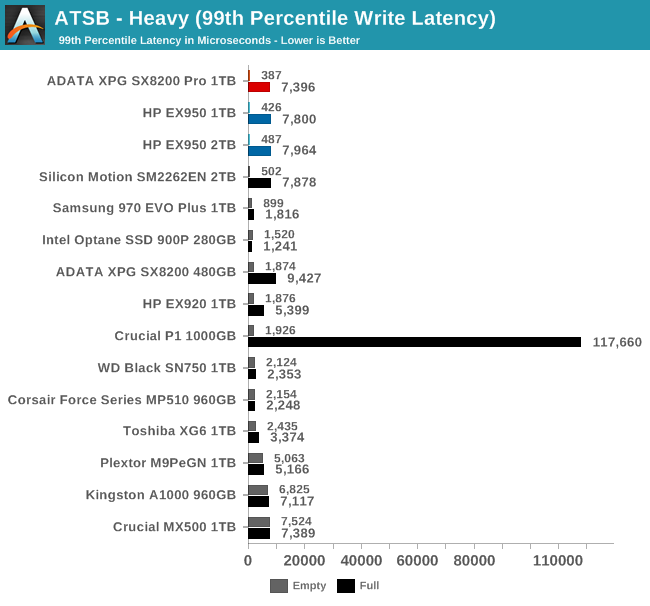 The 99th percentile read and write latency scores repeat the same story as above. Silicon Motion has optimized these drives for extremely good performance when they don't have much data to keep track of and can operate almost entirely from their SLC caches, but at great cost to worst-case behavior. 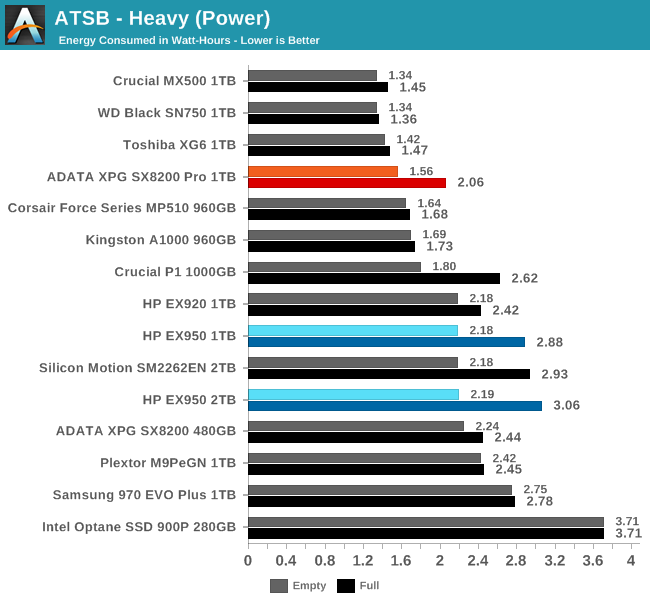 The ADATA SX8200 Pro again turns in much better power consumption scores than the HP EX950 or other SMI-based NVMe drives, but at its best it is still a bit more power-hungry than the WD Black and Toshiba's XG6. Due to the extreme performance drops when operating with a full drive, the SM2262EN drives all require much more energy to complete those test runs. That disparity in full vs empty energy efficiency is only matched by the QLC based drives like the Crucial P1 that also use a Silicon Motion controller and prioritize SLC cache performance.