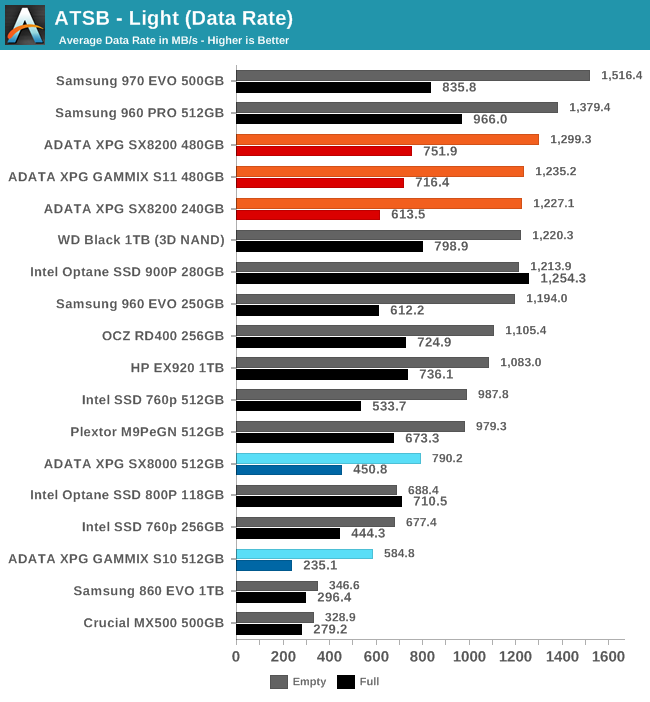 As with the Heavy test, the freshly-erased ADATA SX8200 and GAMMIX S11 deliver great average data rates on the Light test. It isn't quite class-leading performance, but it comes reasonably close, even for the smallest 240GB SX8200. Full-drive performance continues to be much lower, but on this test the performance loss isn't much larger than what other top TLC-based SSDs suffer from. 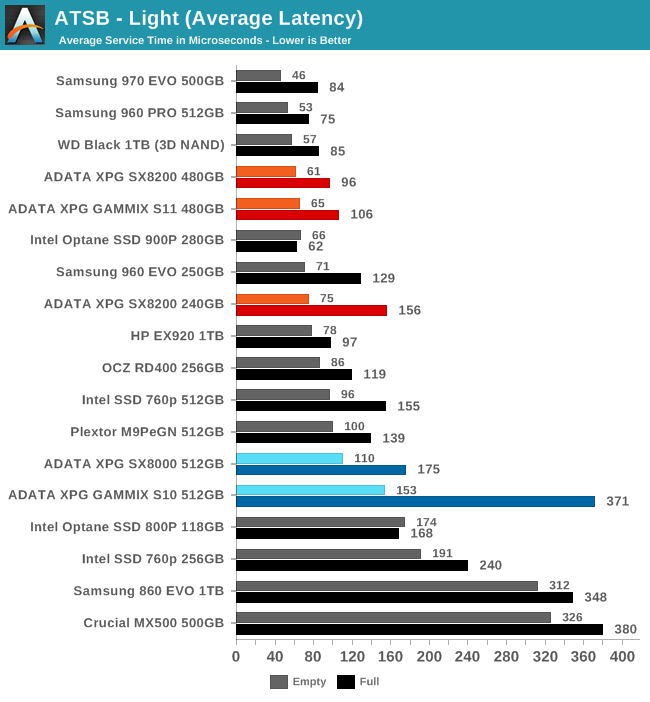 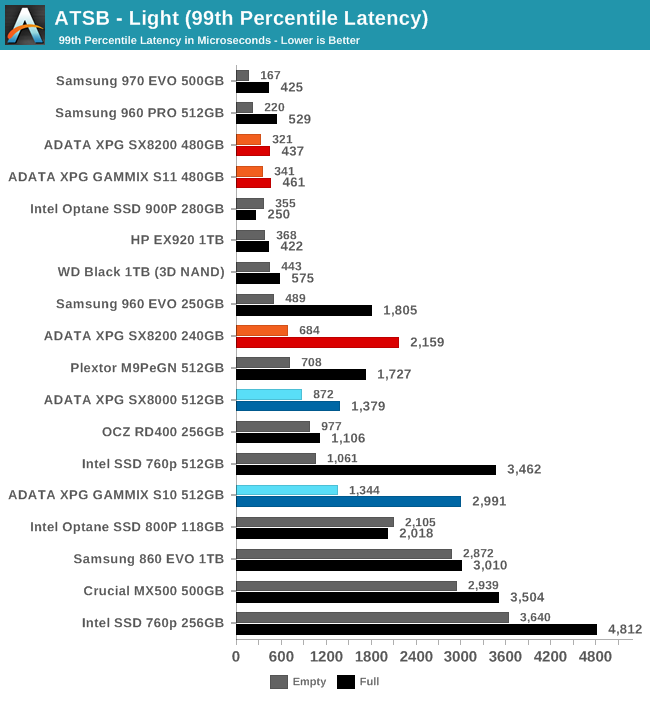 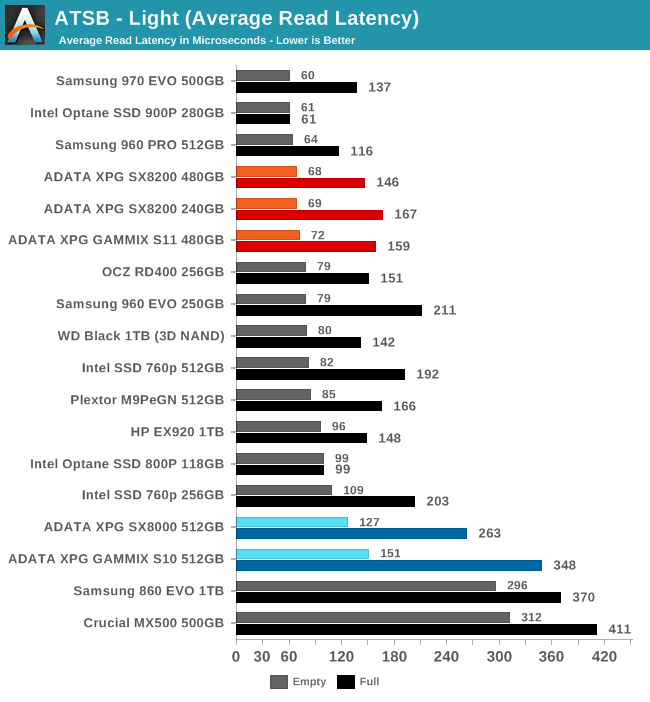 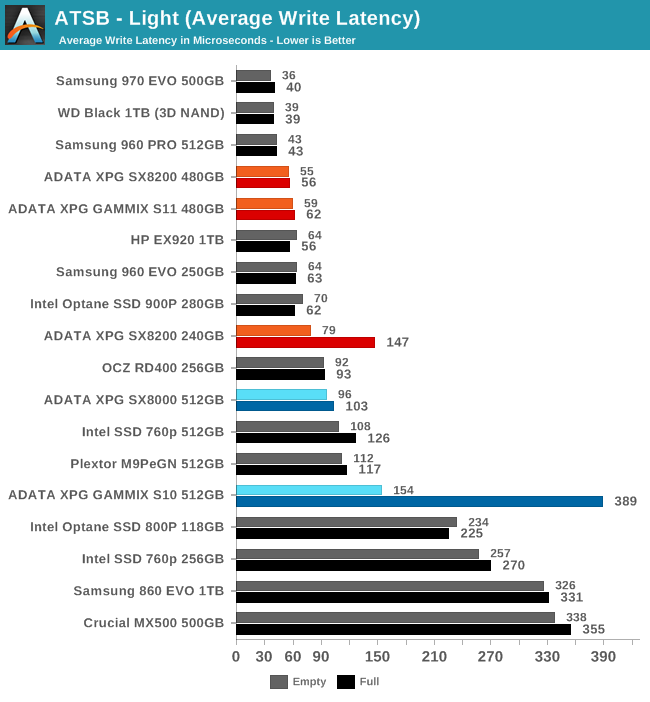 The average read latency scores from the older generation of ADATA NVMe drives weren't bad, but the new generation's scores are excellent. The average write latency scores are also very good, and even the significantly higher latency of the 240GB SX8200's full-drive test run is much better than SATA performance. 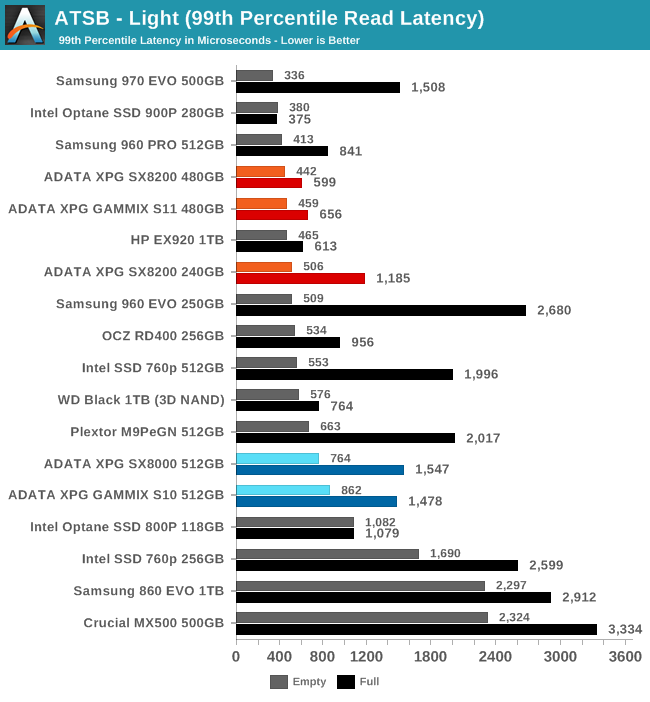 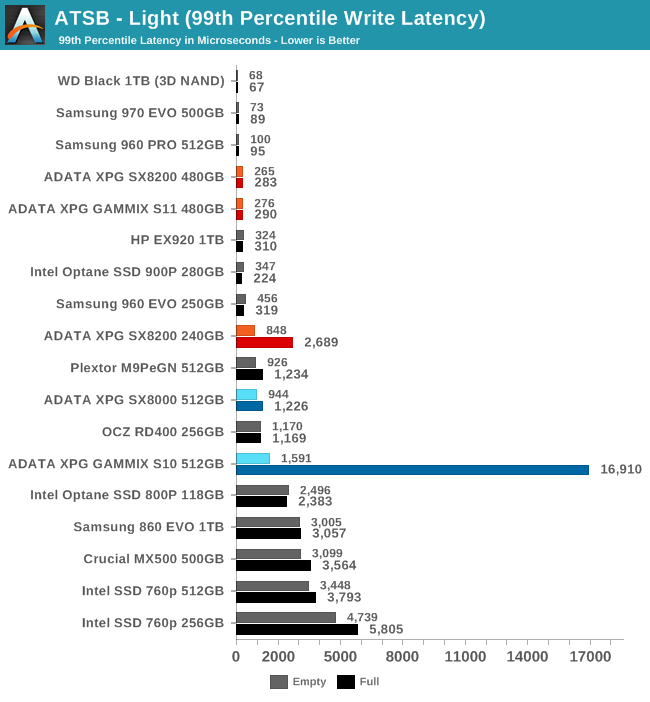 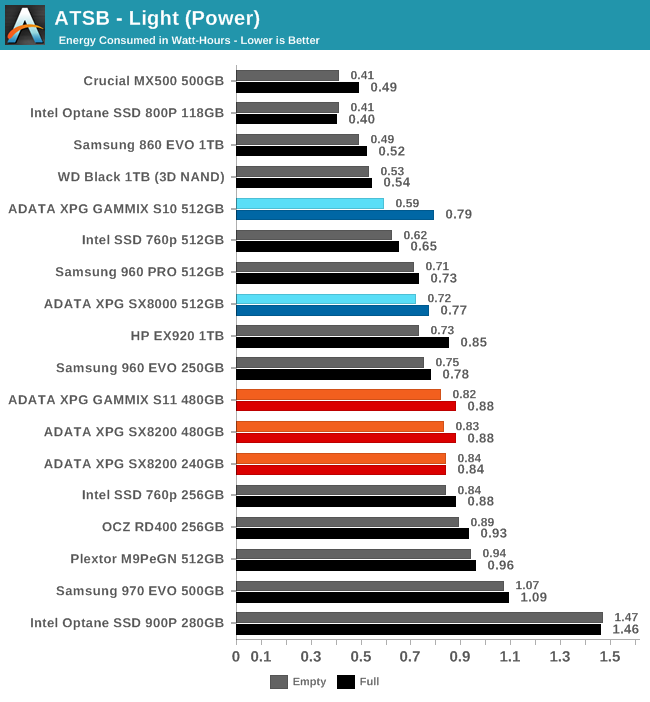 Power efficiency isn't a strong point for the ADATA SX8200 and GAMMIX S11, but their energy usage numbers aren't embarrassing: they're still well below the Samsung 970 EVO, though the older (slower) ADATA drives used a bit less energy and the best current NVMe drives are able to compete with SATA drives for efficiency.