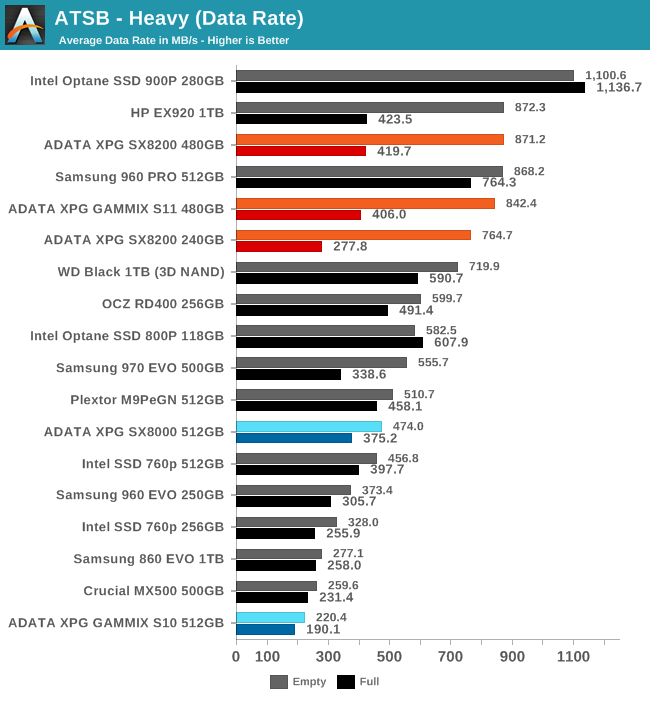 When running the Heavy test on freshly-erased drives, the average data rates from the ADATA SX8200 and GAMMIX S11 are excellent, and a huge improvement over their predecessors. Performance varies relatively little with capacity, with the 480GB drives delivering essentially the same speeds as the 1TB HP EX920, and the 240GB SX8200 is only slower by about 12%. The catch is that these drives using the SM2262 controller lose most of their performance advantage when the test is run on a full drive. 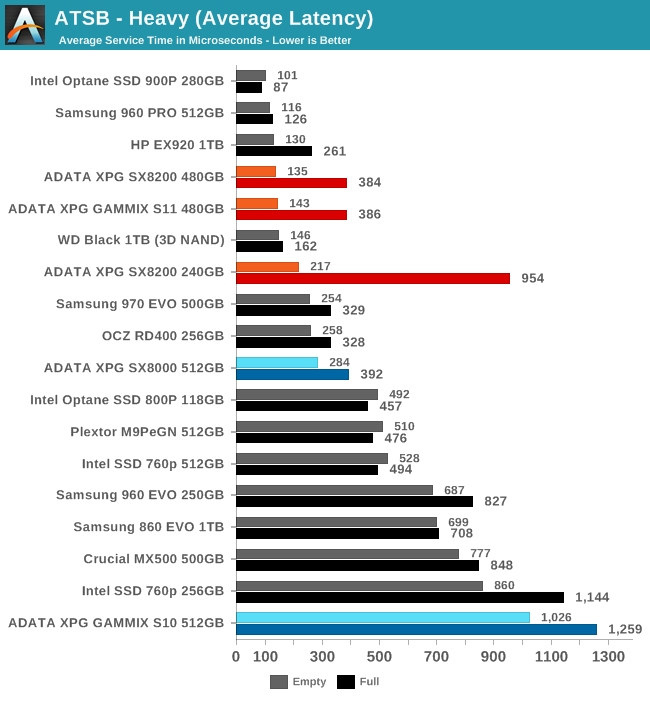 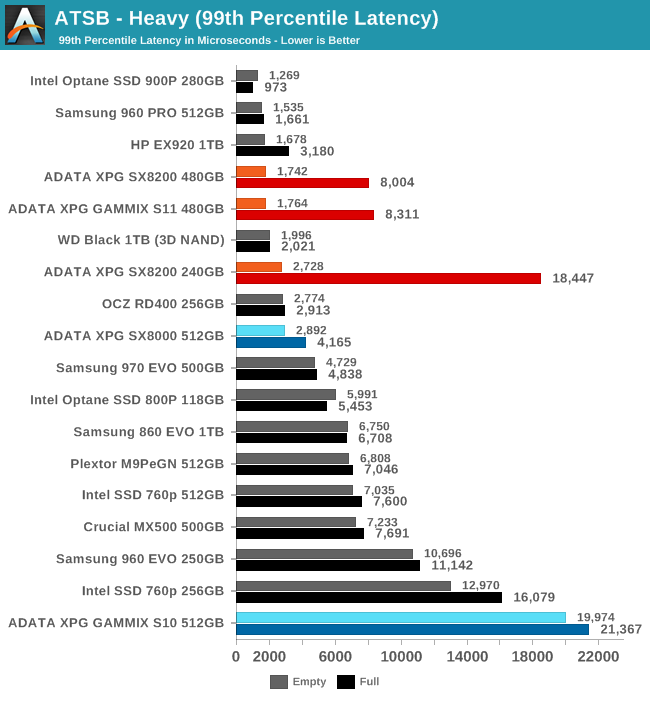 The average latencies from the latest ADATA drives are great when the test is run on an empty drive, but are on par with the competition when the drives are full. The 99th percentile latencies for the full-drive test runs are generally worse than the current-generation competition. 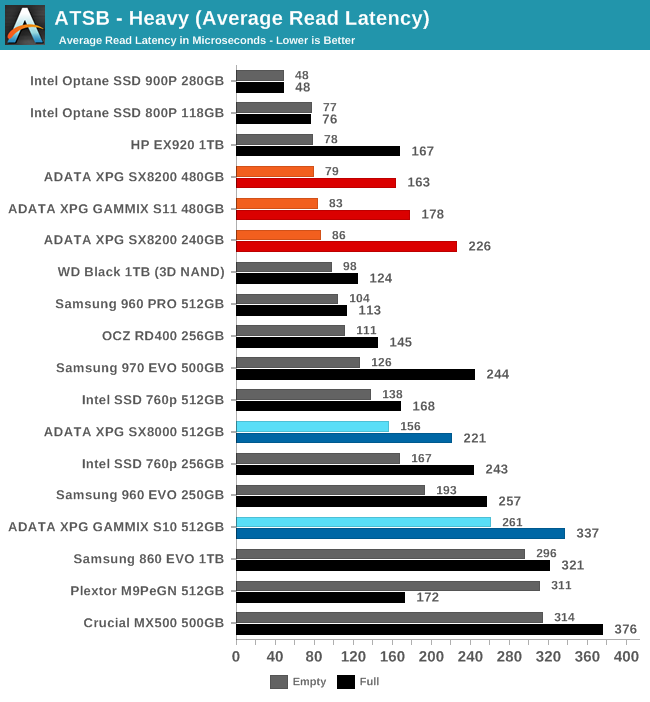 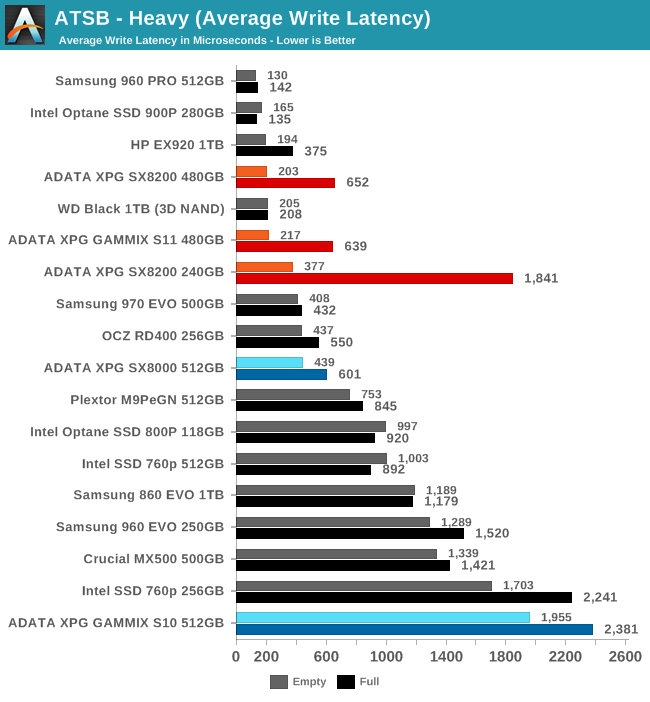 The average write latencies of the SX8200 and GAMMIX S11 highlight what seems to be the most significant weakness of this drive architecture, with full-drive performance drops that are far larger than is typical for high-end SSDs.  The average read latencies also show a large performance drop, but the SX8200 and GAMMIX S11 started out with a decent lead in the empty drive test runs so this doesn't cause much trouble. 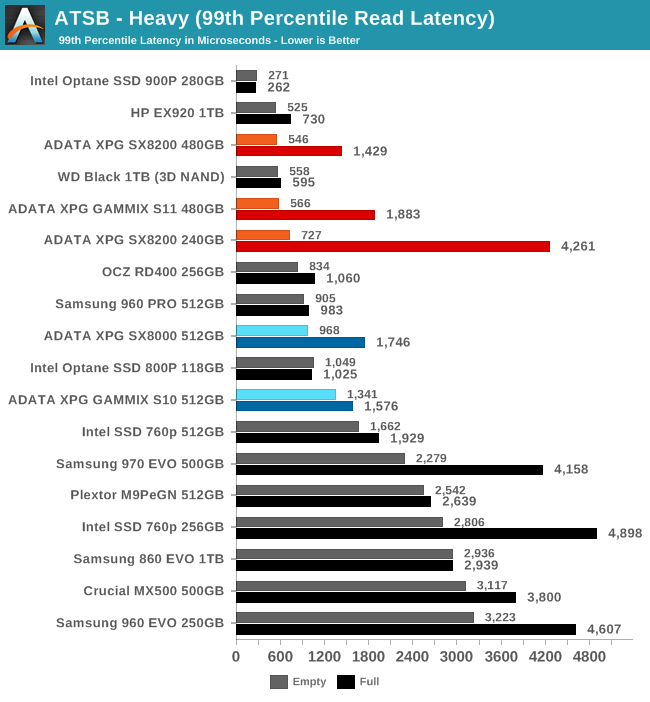 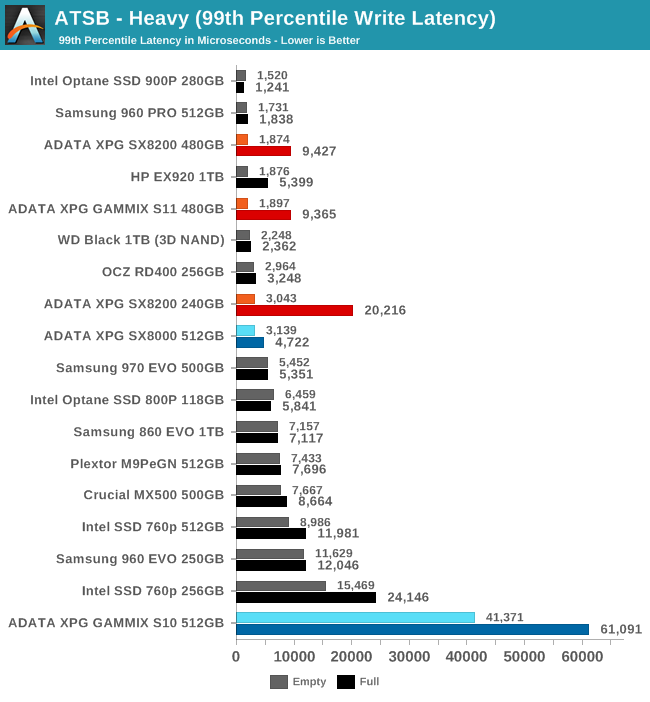 When looking at 99th percentile latency, both read and write operations suffer remarkably on the SM2262 drives when the test is run on a full drive. The 1TB HP EX920 is least affected, but the smaller ADATA drives have a real problem as their full-drive latency can be worse than mainstream SATA drives. 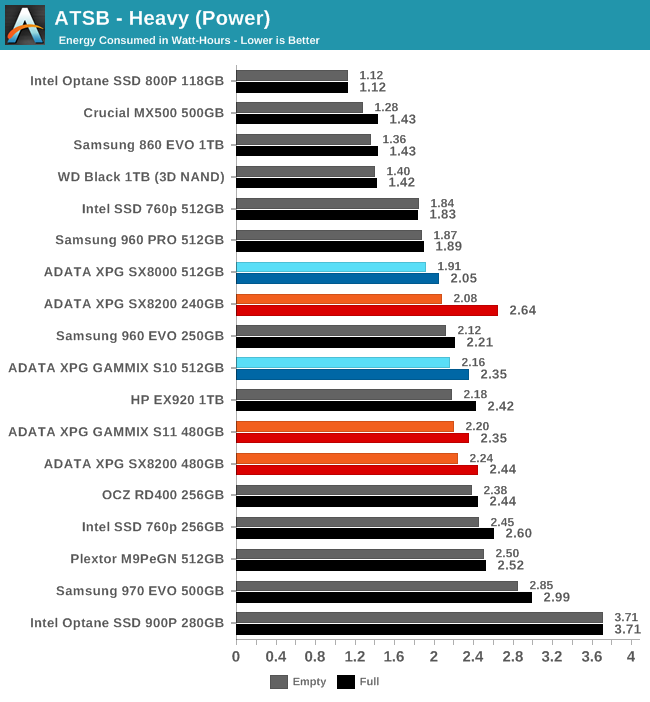 Only the smallest SX8200 stands out in the energy usage results. The larger models have fairly typical power efficiency for both the empty and full drive test runs, but the 240GB SX8200 loses a lot of performance when full and burns a lot more energy on background garbage collection.