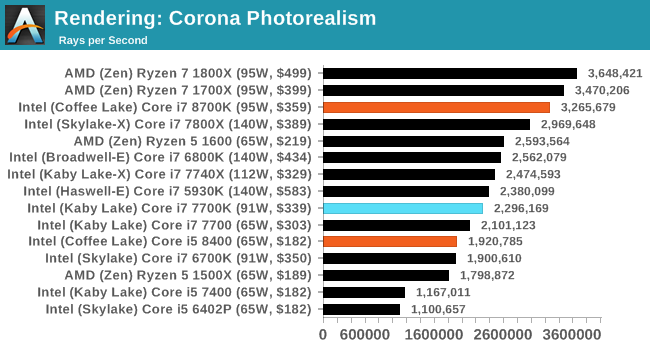 With more threads on display, the Core i7-8700K gets ahead of the previous mainstream Core i7 parts. The frequency difference over the Skylake-X processor gives an extra +10% performance, but the 16-thread parts from AMD win out overall. 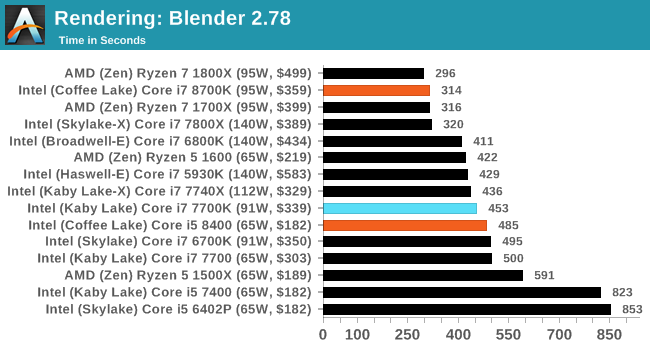 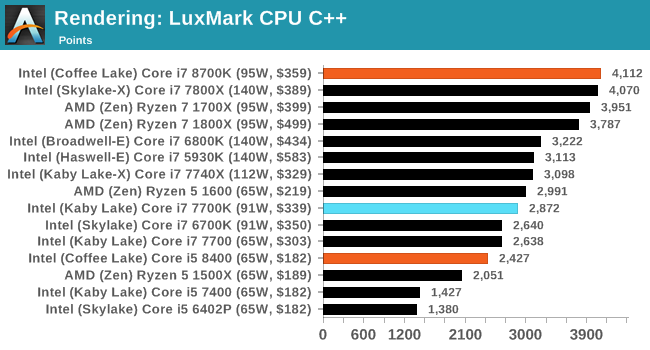 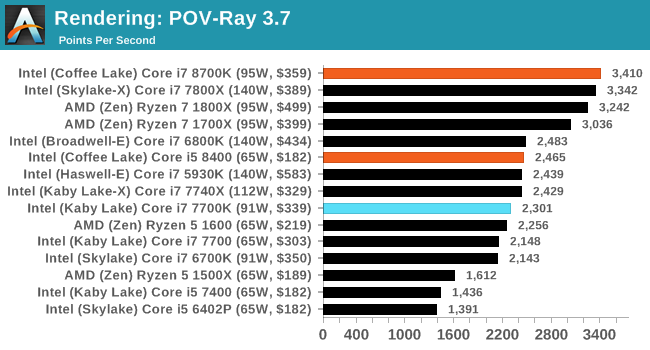 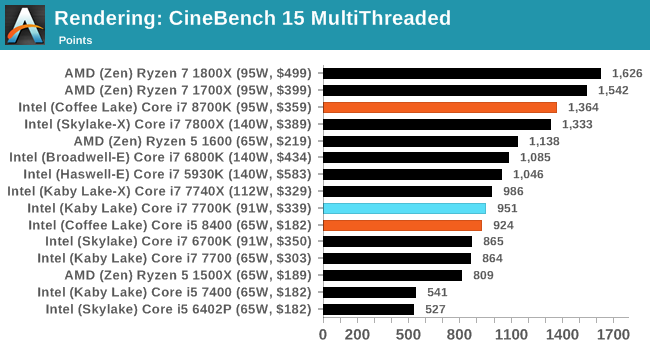 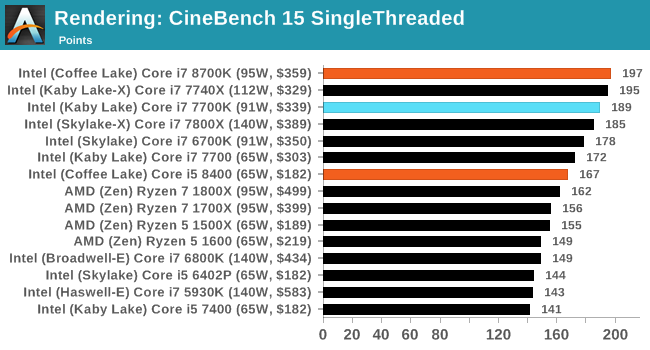 CineBench R15 in single thread mode can take the Core i7-8700K by the horns and drag it to be the best performing chip ever tested.