Shifting gears, we'll look at the compute and synthetic aspects of the RTX 2070. Though it has its own GPU in the form of TU106, the hardware resources at hand are similar in progression to what we've seen in TU102 and TU104.

Starting off with GEMM tests, the RTX 2070's tensor cores are pulled into action with half-precision matrix multiplication, though using binaries originally compiled for Volta. Because Turing is backwards compatible and in the same compute capability family as Volta (sm_75 compared to Volta's sm_70), the benchmark continues to work out-of-the-box, though without any Turing optimizations. 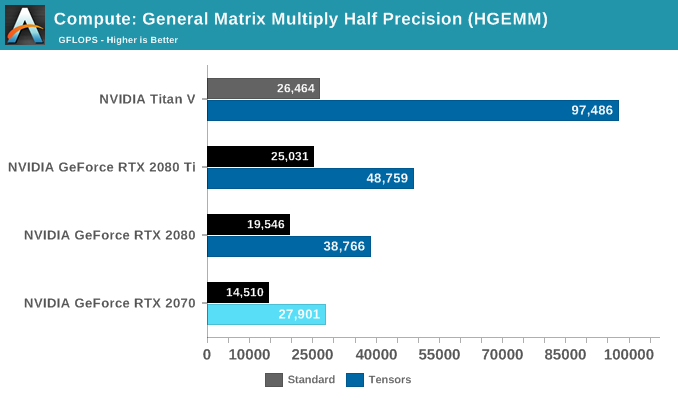 In terms of SGEMM efficiency though, the RTX 2070 is hitting a ridiculous 97% of its touted 7.5 TFLOPS, though to be fair the reference specifications here are done manually rather with a reference vBIOS. The other two GeForce RTX cards are at similar 90+% levels of efficiency, though a GEMM test like this is specifically designed for maximum utilization. 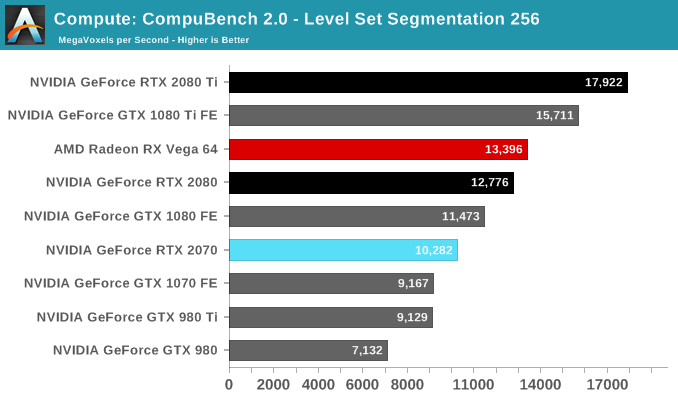 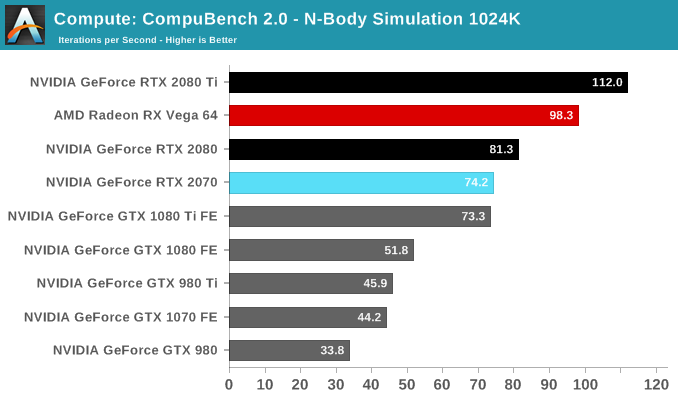 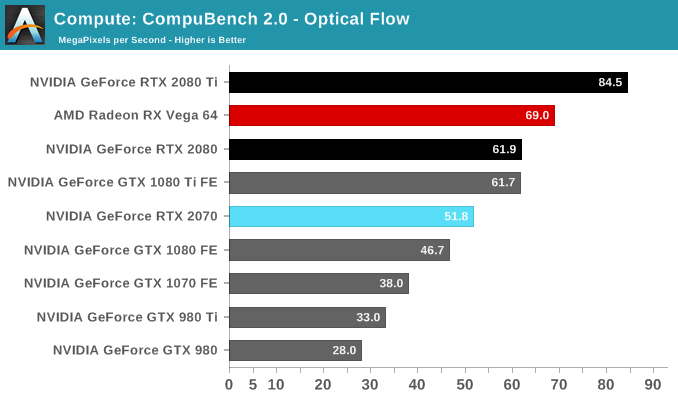 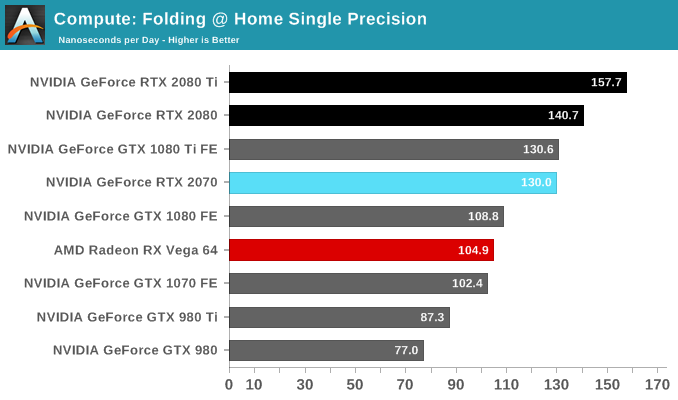 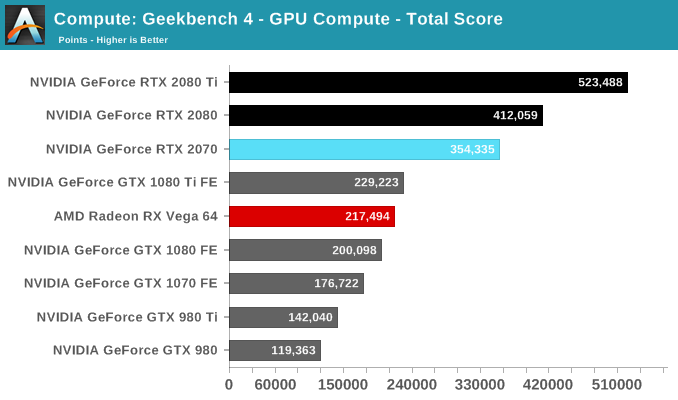 The breakdown of the GB4 subscores seems to reveal a similar uplift like we spotted with the Titan V, which had scored in excess of 509,000 points. We'll have to investigate further but Turing and Volta are clearly accelerating some of these workloads beyond what was capable in Pascal and Maxwell. 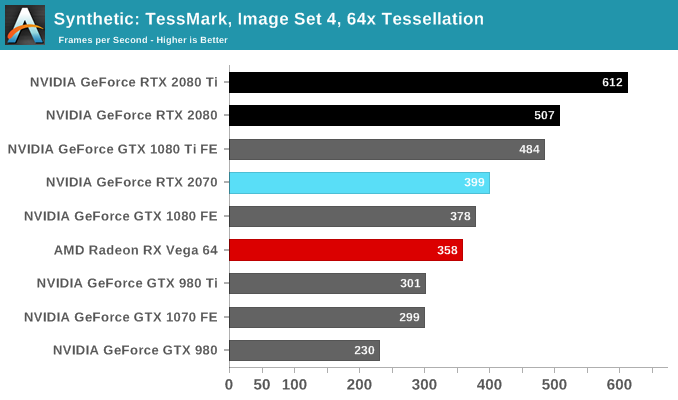 Given that TU106 has 75% of the hardware resources of TU104, the tessellation performance is in line with expectrations. For reference, we noted earlier that the Titan V scored 703 while the Titan Xp scored 604. 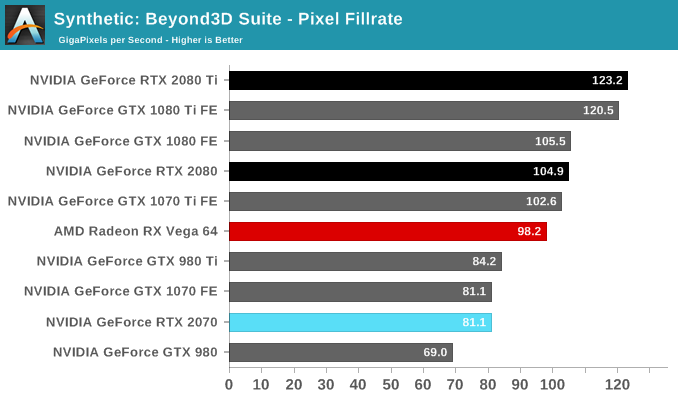 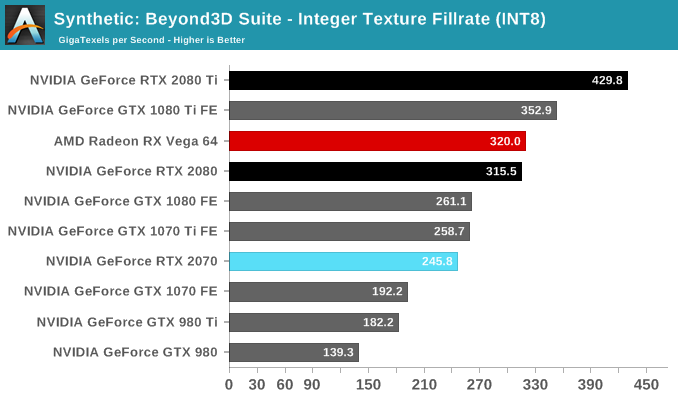