As always, we'll take a look at power, temperature, and noise of the RTX 2070 Founders Edition, especially considering its atypically large GPU, new cooler design, new fixed-function hardware, and higher TDPs. For the most part, the dual axial fan open air design provide straightforward benefits in lower noise and cooling, though with drawbacks as mentioned earlier.

As this is a new GPU, we will quickly review the GeForce RTX 2070's stock voltages and clockspeeds as well.

The voltages are broadly comparable to the preceding 16nm GTX 1070. In comparison to pre-FinFET generations, these voltages are exceptionally lower because of the FinFET process used, something we went over in detail in our GTX 1080 and 1070 Founders Edition review. As we said then, the 16nm FinFET process requires said low voltages as opposed to previous planar nodes, so this can be limiting in scenarios where a lot of power and voltage are needed, i.e. high clockspeeds and overclocking. Of course, Turing (along with Volta, Xavier, and NVSwitch) are built on 12nm "FFN" rather than 16nm, but there is little detail on the exact process tweaks.

In terms of clockspeeds, the RTX 2070 isn't bringing any surprises. Like Pascal and the GTX 1070, the boost clock reading is used liberally, usually boosting beyond, and varies per game/workload. With the +90MHz Founders Edition OC, the RTX 2070 dutifully ramps up. What remains to be seen is how these clockspeeds hold when RT cores or tensor cores are actively and steadily utilized. In any case, at its Founders Edition specs, the RTX 2070 has perhaps another 100MHz or so to push, but otherwise is out of headroom (or power). 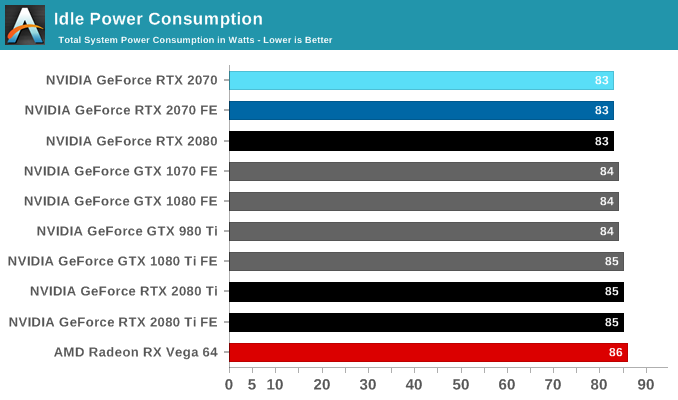 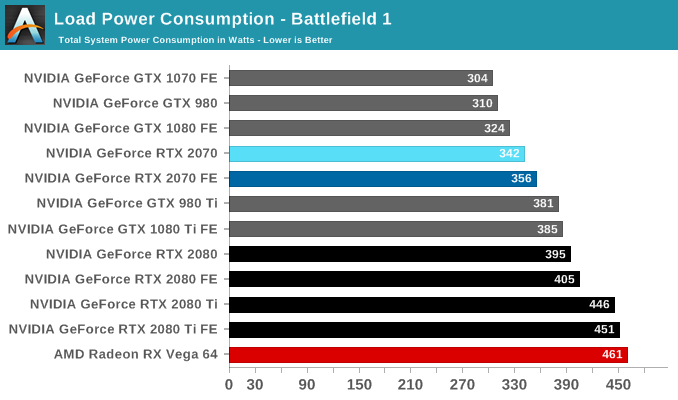 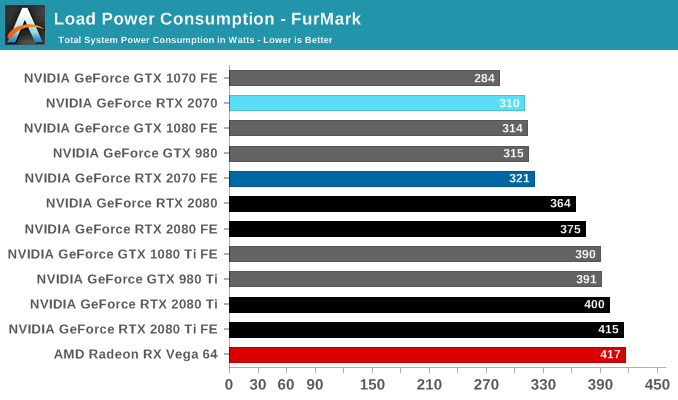 The adoption of an open air cooler with dual axial fans has immediate benefits, especially with a lower temperature target. 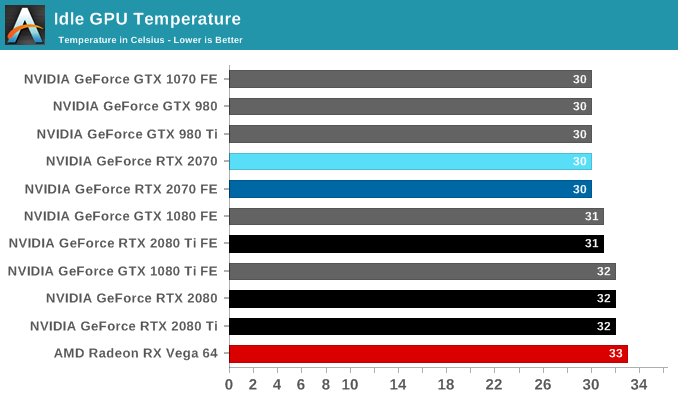 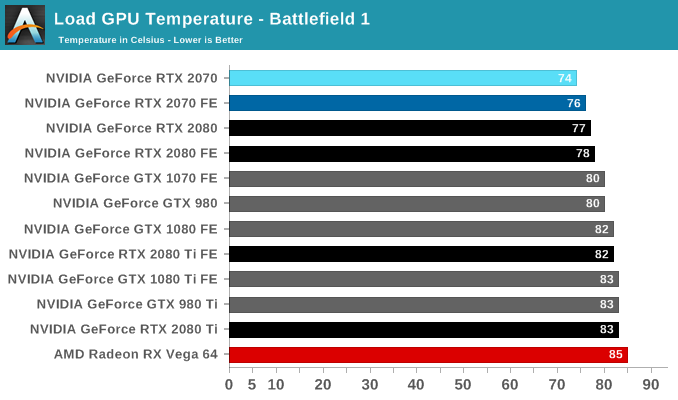 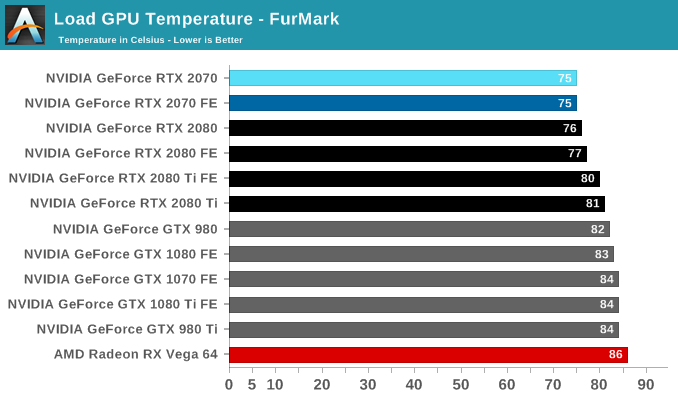 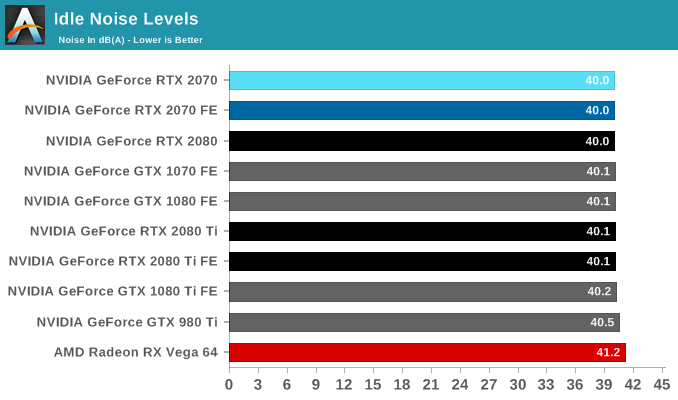 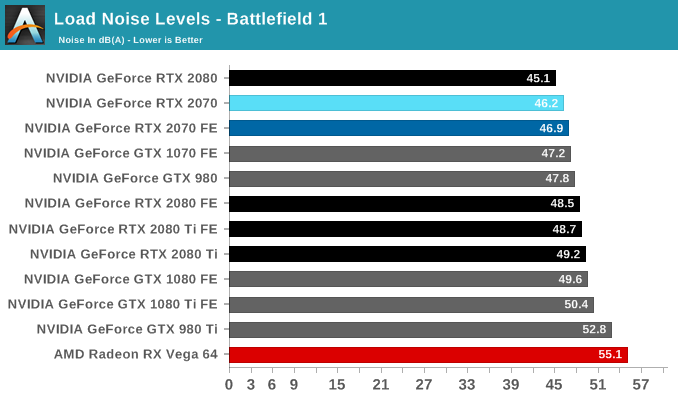 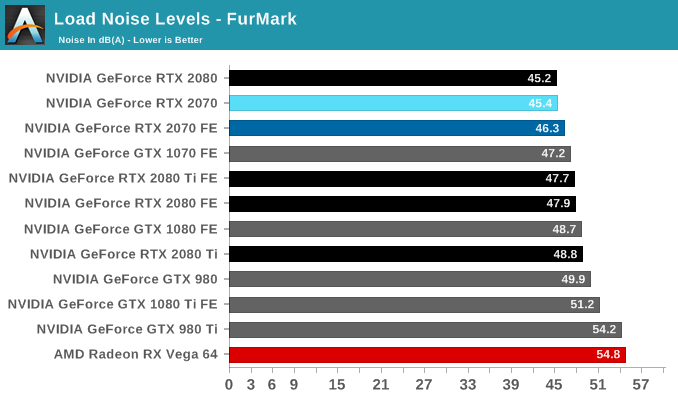