At this point it probably goes without saying that Apple Pencil has been one of the major points of focus for this tablet. With the iPad Air 2, I noted that a proper stylus and keyboard would go a long way towards making the iPad more productivity focused. It turns out that Apple’s solution to the stylus part of the equation is a custom design that they call the Apple Pencil. 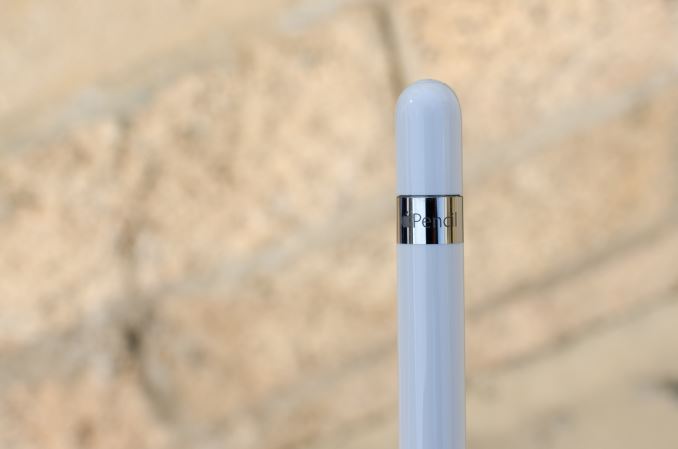 As best as I can tell, this stylus is at least somewhat capacitive-based. If Apple’s marketing material is accurate, it mentions a change from the 120 Hz sampling rate of the capacitive touch screen in normal use to 240 Hz when the stylus is detected. In addition to simple touch, the stylus measures pressure, azimuth, and altitude. When discussing azimuth, we’re basically looking at the angle that the stylus makes with the plane of the display, while altitude is the angle that the stylus makes relative to the normal of the display. 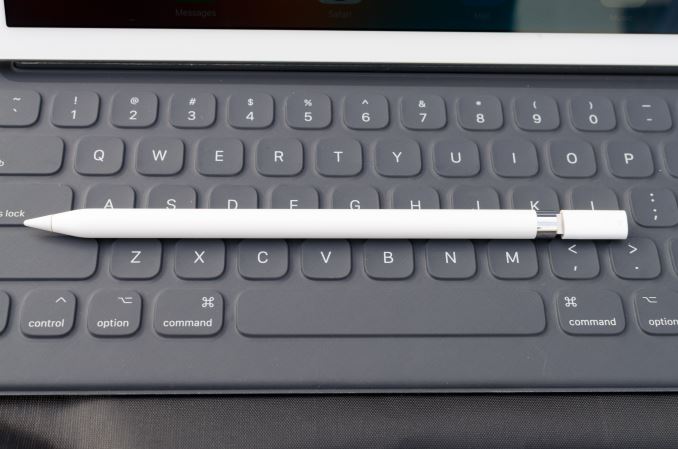 Charging the stylus is pretty simple. Included in the box is a female to female Lightning connector, so you can use a Lightning to USB cable to charge the stylus with either an AC adapter or a powered USB port. Of course, there’s also the case where you’re trying to charge the device on the go, in which case the stylus can be charged directly from either the iPad Pro or an iPhone. A lot of people have pointed out that this is a rather inelegant method of dealing with charging on the go, but given that the primary method of charging is through a Lightning connector I don’t really see any other solution to this problem, especially without compromising the ergonomics that come with the current design. Charging the stylus happens quickly enough that I never felt that it was a limiting factor in usage. 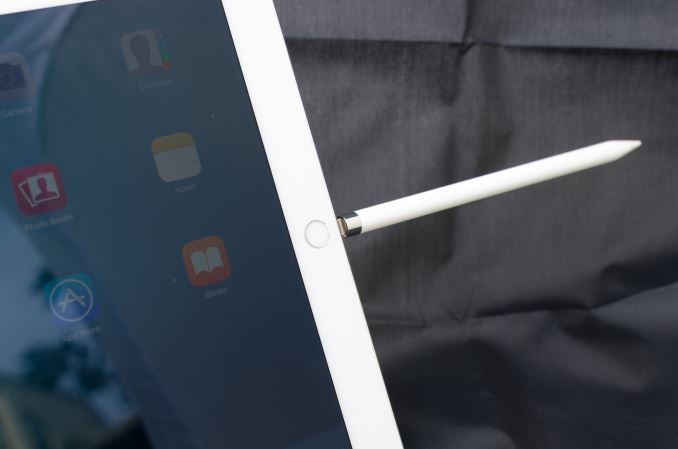 Apple Pencil itself is a comfortable instrument to write with. Unlike most styluses on the market designed to fit in a tablet or smartphone the body has a sufficiently large diameter that gripping it isn’t difficult for extended periods of time. The pencil also has an uneven weight distribution, which means that it won’t roll off of tables, though not so uneven that it's noticeable in the hand. The one problem worth noting here is that Apple Pencil is glossy plastic. After extended use I noticed that finger oil and lint had a tendency to produce an uncomfortable sensation. A matte soft touch texture may make more sense here, but that would introduce additional issues with the finish wearing off with extended use. 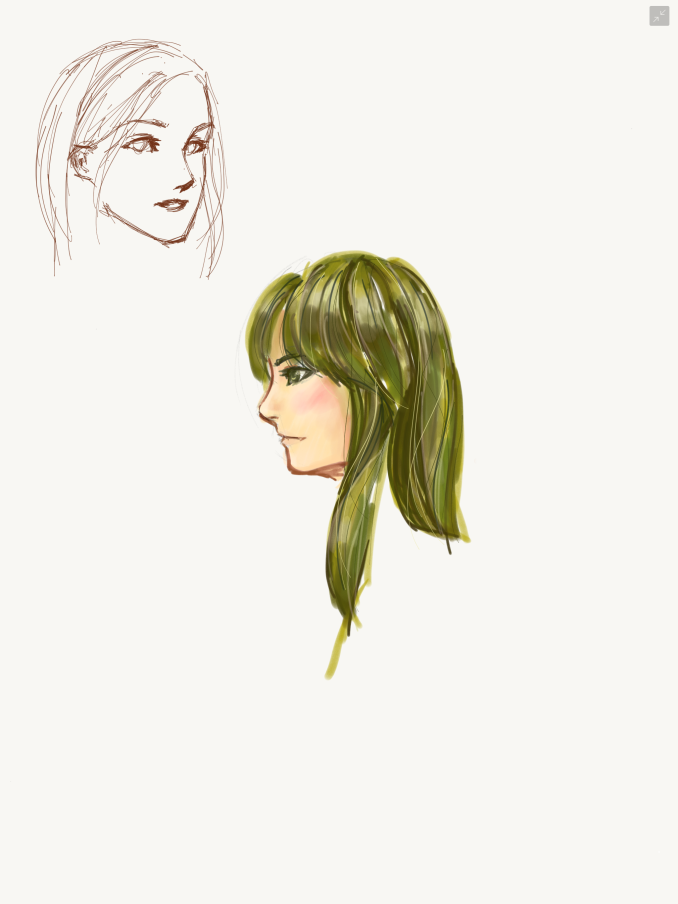 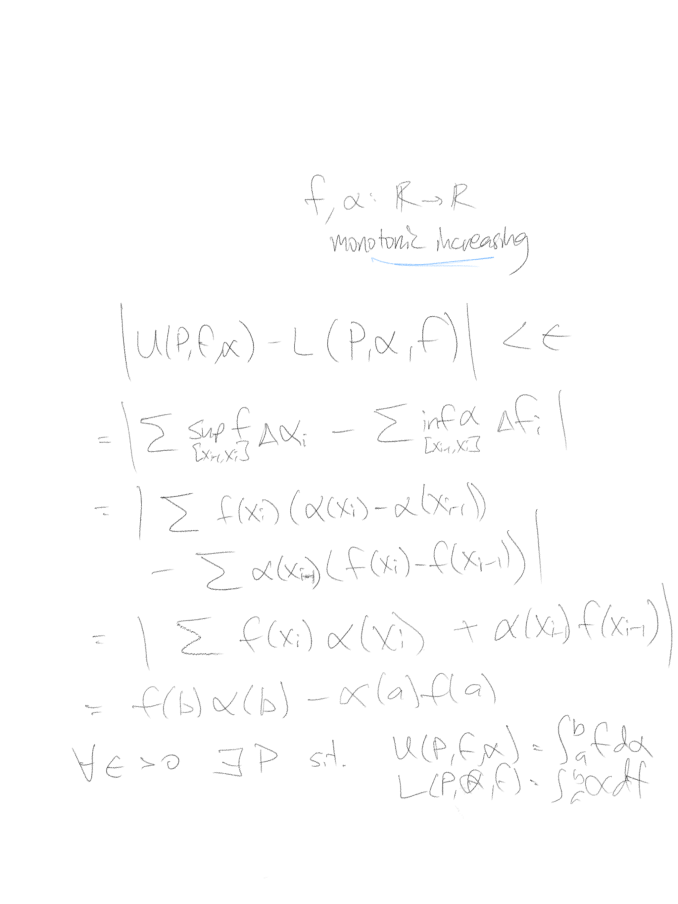 Of course, the important part here is writing with the stylus. Although I’ve already discussed the application of note taking in class before, in the time since my initial remarks on the iPad Pro I decided to do an entire project report on Apple Pencil in order to get a better feel for the stylus and its usability. This was done for a digital logic project in which we were required to draw out finite state machine diagrams, truth tables, block diagrams, and other portions of the design. I would estimate that over the course of this project, I spent at least 4 hours a day using the iPad Pro for 2-3 days. 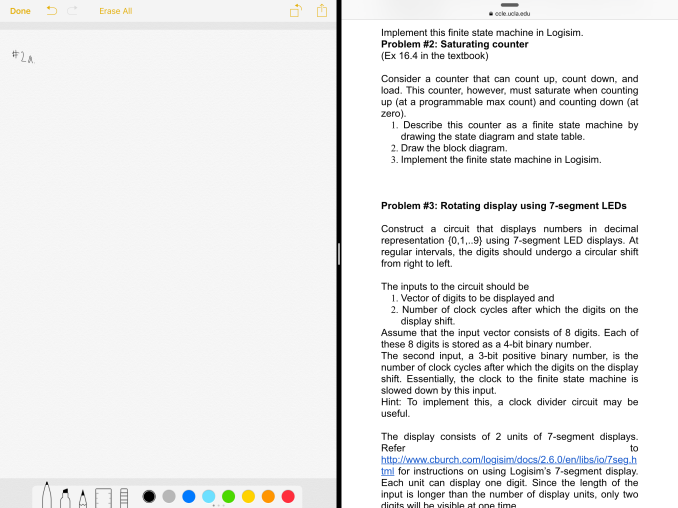 One of the most immediate observations I had was that in some ways, the iPad Pro with Apple Pencil is far and away superior to pencil and paper. Even using the rather spartan Notes app this became clear. There were multiple cases throughout this project where a change that would have been difficult to make with pencil and paper was relatively simple to do so with Apple Pencil and the iPad Pro. For example, in cases where extra precision was needed it was possible to zoom in to erase a portion of text precisely. When an erasure was done poorly or on accident, reverting it was trivial as well. The project report, which eventually spanned 16 pages in length was synced to iCloud and was accessible from laptops and smartphones, which meant that it would be difficult, if not impossible to lose accidentally. It’s also noticeably more convenient to carry around an iPad Pro rather than a folder filled with paper. Along the same train of thought, drawing long truth tables with the straightedge function of the Notes app is much easier than carrying around a ruler everywhere. It was also great to have the project requirements and the notes application open side by side, which meant that there wasn’t a need to print out the project spec. 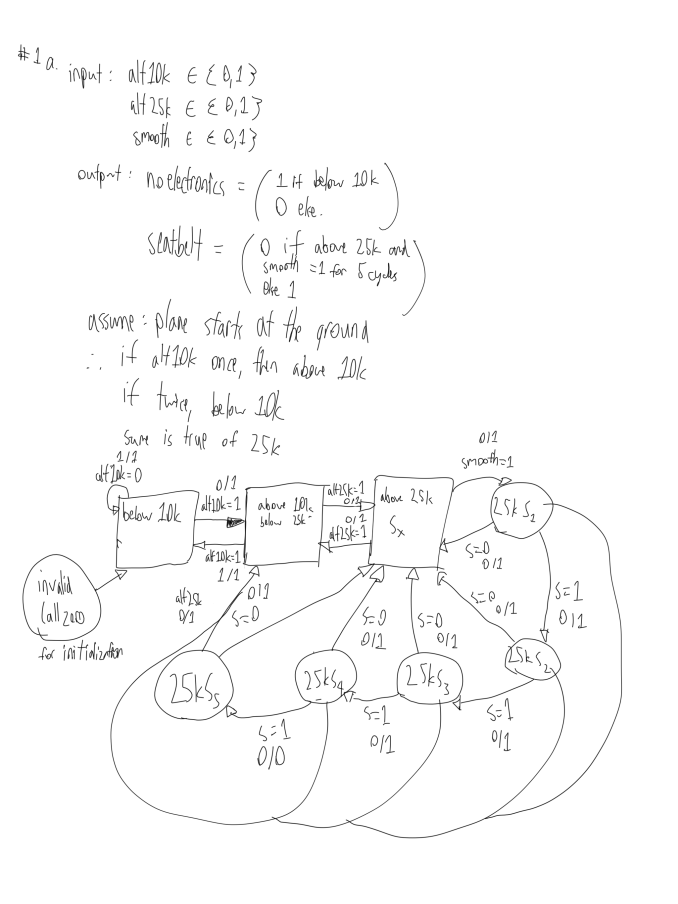 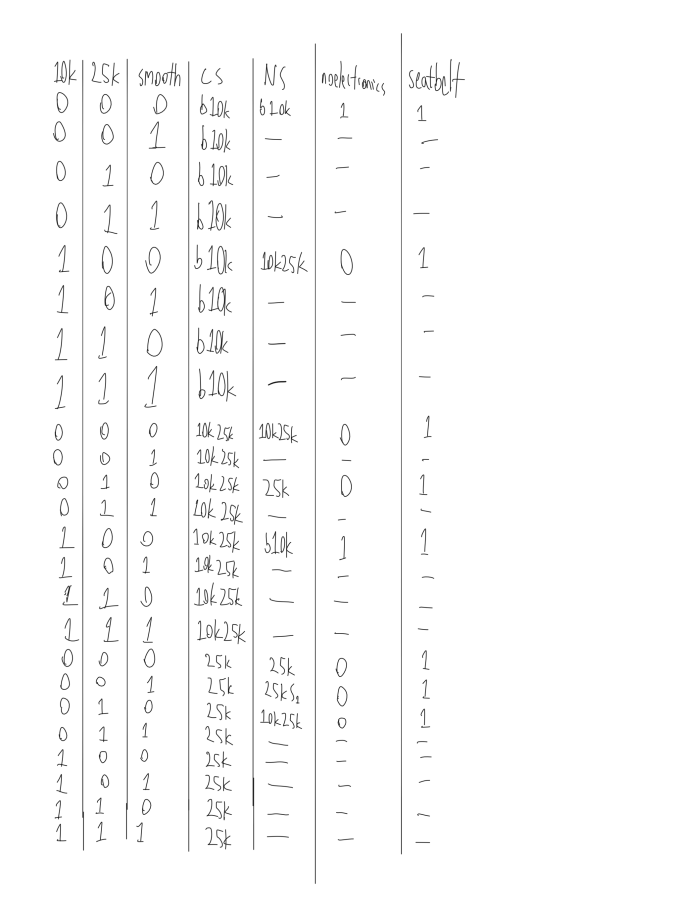 One notable problem that I did encounter with the Notes app is when the work I was doing spanned more than one page/sketch. An example of this would be cases where I would have to construct a state table based upon a state diagram that was sketched based upon the project requirements. If the state diagram was on a separate page, then I would simply have to switch back and forth between the two sketches or save the relevant sketch as an image to view in the gallery application, which felt a bit clunky. 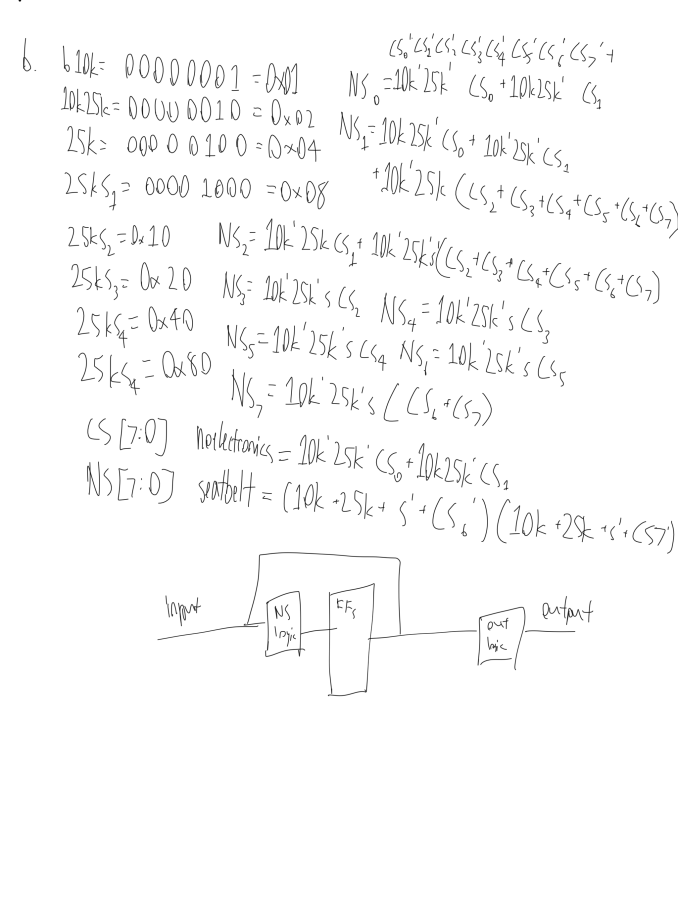 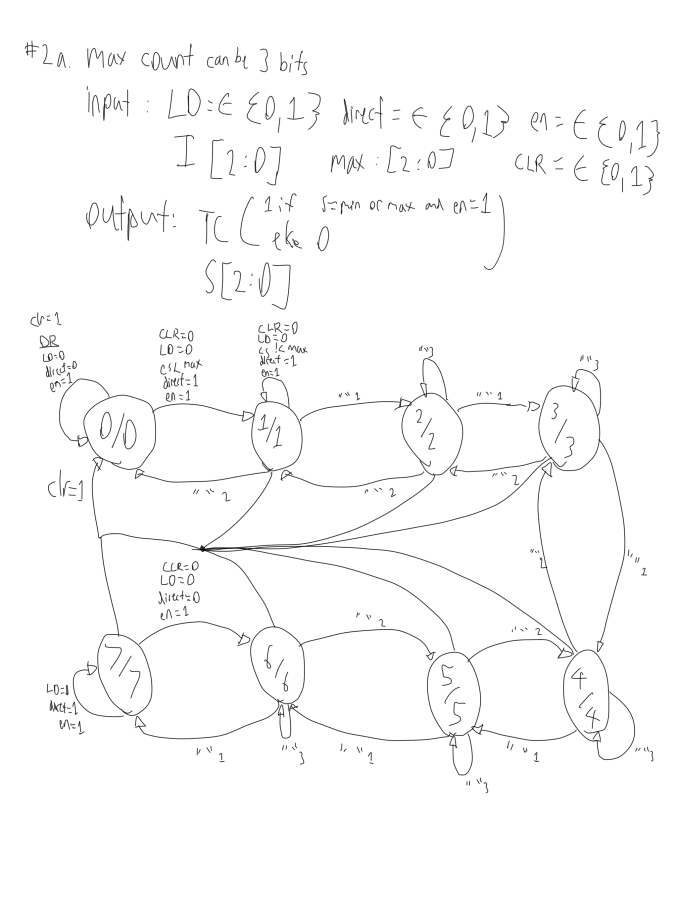 The other issue, as it turns out, was getting the sketches off of the iPad Pro onto my laptop once I was ready to turn my work in. On the plus side, because all of my sketches were already digitized there was no need to locate a scanner and generate images or PDFs. However, the Notes app felt noticeably constrained in terms of export options. For example, there was no way of turning the 16 sketches I had drawn into a PDF on the device. I also discovered that as of iOS 9.2 attempting to save all sketches as images was broken as only 5 of the 16 sketches were saved to the gallery. Exporting the sketches by attaching them to an email was also unacceptable as the email export resolution was nowhere near native resolution. In the end, in order to get all of the sketches I had made off of the iPad in full resolution I had to manually select each sketch and save it to the gallery, before uploading all of the images to Dropbox. From my laptop, I could then put all of the images together into a PDF or some other acceptable format for submission. 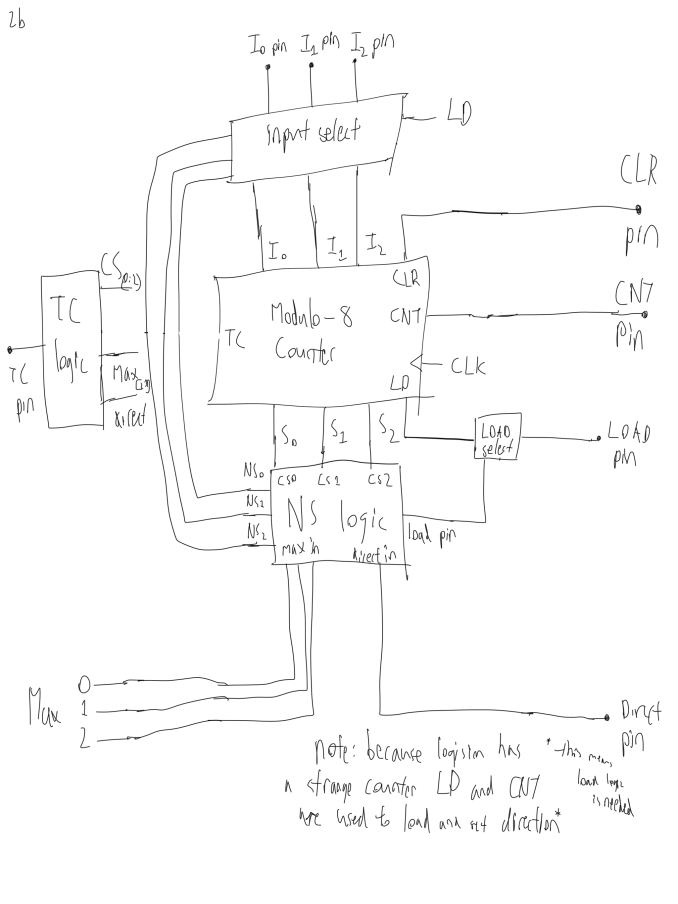 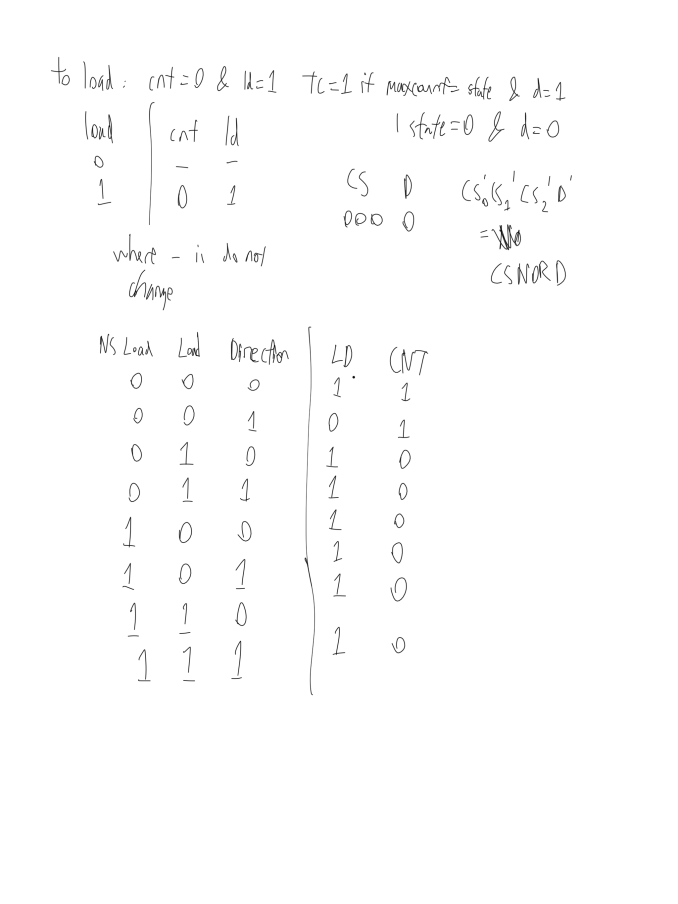 However, despite these issues I found that the iPad Pro was remarkable for doing what very few tablets have really succeeded at. The iPad Pro actually feels comparable to pencil and paper to the extent that I never once felt like I wanted to go back to pencil and paper while doing the final project. Both the display and the stylus have sufficient resolution to the extent that precise work is easily achieved. The feel of the stylus feels like a good pen or pencil, without odd weight distribution problems. 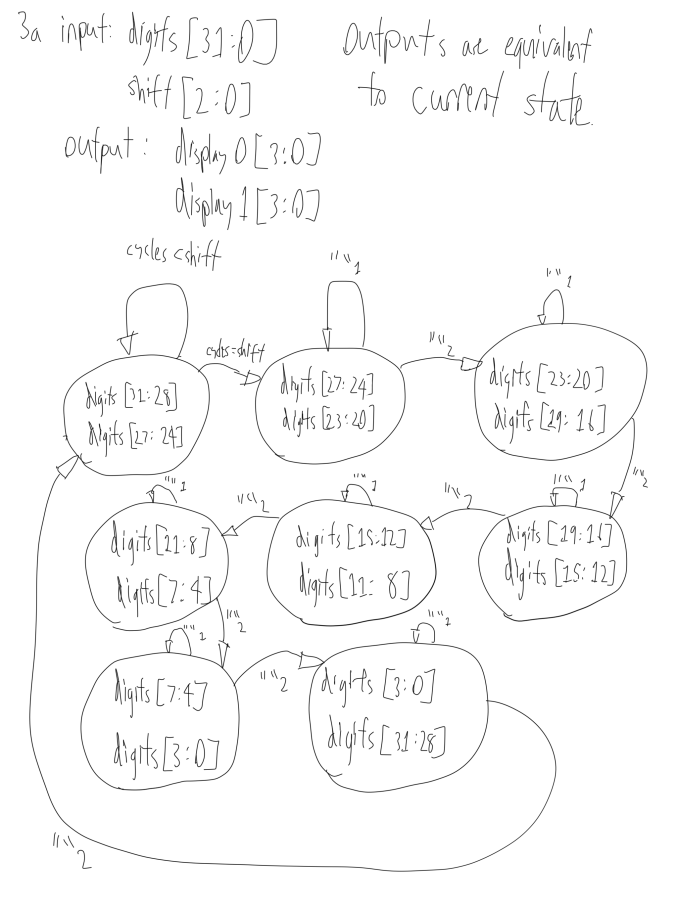 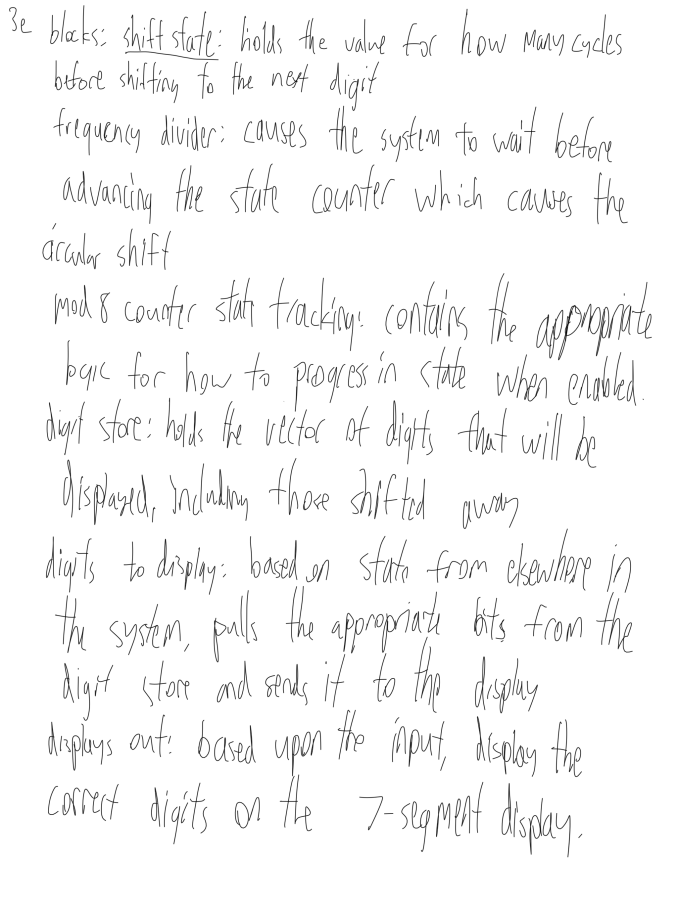 Latency is also exceptionally low compared to most consumer solutions. Out of curiosity, I borrowed a Wacom Cintiq connected to a Macbook Air with an Intel i5 4250U CPU (Haswell 1.3/2.6 GHz) to do a basic latency comparison. Using Adobe Photoshop on the Wacom Cintiq and Adobe Photoshop Sketch on the iPad Pro and a high speed camera, I attempted to characterize latency by using a simple pen tool (3 px, full flow) by measuring the delta in time from when the pen was at a specific point and when inking reached the same point.

After a few trials I measured an approximate latency for the iPad Pro of roughly 49ms or 3 frames of delay, while the Wacom Cintiq in this configuration had roughly 116ms or ~7 frames of delay. It’s worth mentioning here that the camera I used was recording at 240 FPS, so these figures could be off by around 4ms even before accounting for human error. Although the Cintiq 22 HD does have higher latency, I wouldn’t put too much into this as it’s likely that a more powerful computer driving the display would narrow, if not eliminate the gap entirely.

For reference, I estimated the Surface Pro 3 to have about 87 ms or 5-6 frames of delay, and the Surface Book to have about 69 ms or around 4 frames of delay. However, in the case of the Surface devices I was using Fresh Paint, which is a drawing application that isn't exactly comparable to Photoshop but is sufficient for comparison purposes. To give an idea for how much the application has an effect on latency, the Apple Notes app has roughly 38 ms or around 2 frames of latency from when the stylus tip passes over one point to when the inking reaches the same point. 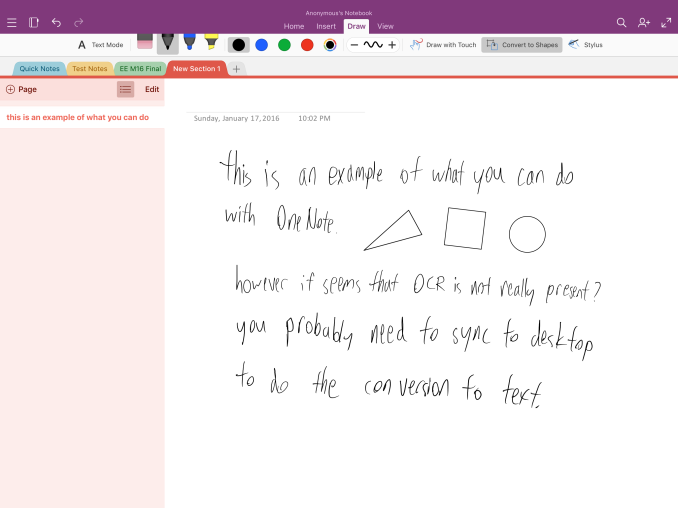 While not strictly hardware, the software equation is really a critical part here as there are actual applications for the Apple Pencil which make it possible to use right now. An example of this would be OneNote, uMake, and Adobe Comp CC/Photoshop Sketch. Some of these applications work shockingly well like Photoshop Sketch, while something like OneNote feels relatively sparse by comparison as pretty much the only thing you can do with the stylus is draw simple lines with pressure sensitive thickness, with some automatic conversion of drawings to basic geometric shapes. With the right software, I can easily see the iPad Pro completely displacing traditional note-taking in light of obvious advantages that would come with OCR and digitizing notes for easy search.