Noctua is one of the world's most renowned cooler manufacturers. The company is especially well known for their high end and specialty products, aimed to those seeking extreme performance and or very low noise solutions. The cooler that the company provided us for this review is no other than the NH-D15, a behemoth based on the highly popular NH-D14.

The NH-D15 is supplied in a large cardboard box with a minimalistic, elegant design. Highlighting the main features of the cooler is the primary focus of the entire artwork. Inside the main box, we found the bundle packed into separate cardboard boxes and the cooler protected within a polyethylene foam construct. The bundle consists of the hardware necessary for the mounting of the cooler, an L type Philips PH2 screwdriver, a fan power cable splitter, two fan speed reducers, a tube of NT-H1 thermal grease, a metallic case badge, four rubber fan mounts and four wire clips for the two cooling fans. 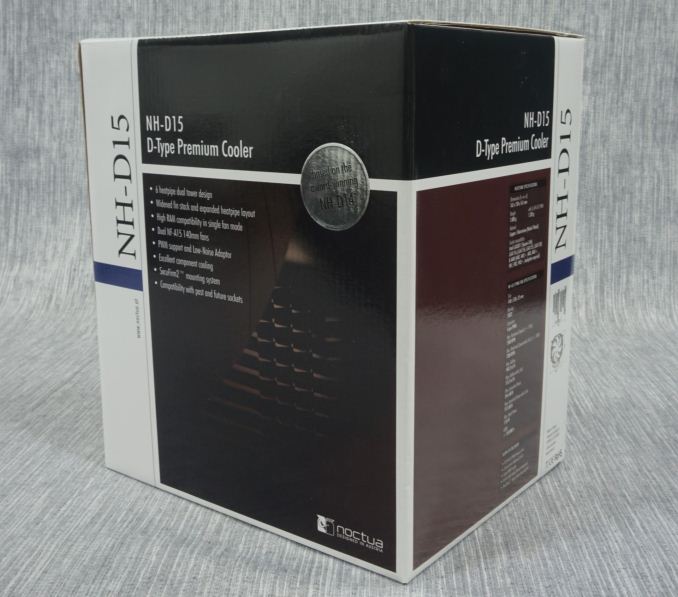 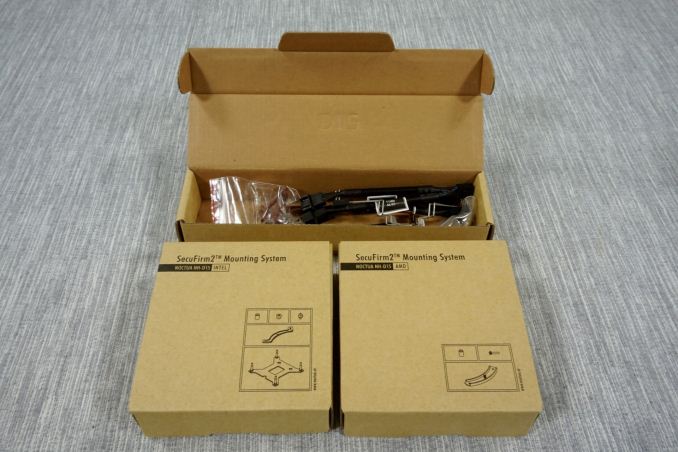 Many people erroneously think that the NH-D15 is just a little larger version of the very popular NH-D14. The NH-D15 is a reverse-symmetric dual tower design based on the NH-D14, but there are numerous improvements. Noctua technically merged the core design of the NH-D14 with the fin design of the NH-U14S, which has the first seven fins of each tower shortened. This way, the NH-D15 can offer much wider compatibility with RAM modules if only the center fan is installed. 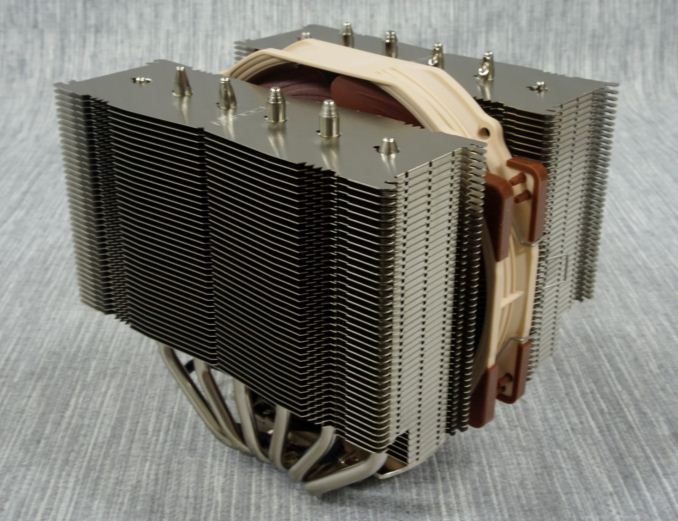 The rest of the fins are symmetric, meaning that both their sides are identical, which is mostly straight with a single small triangular notch at the center and a few more similar notches near the sides. In order to install/remove the NH-D15, the center fan needs to be removed. Another interesting point is that the fans can be moved upwards, several centimeters if needed be. Moving the front fan upward can allow the installation of tall RAM modules for a small impact on performance but it also requires a very wide case to do so. 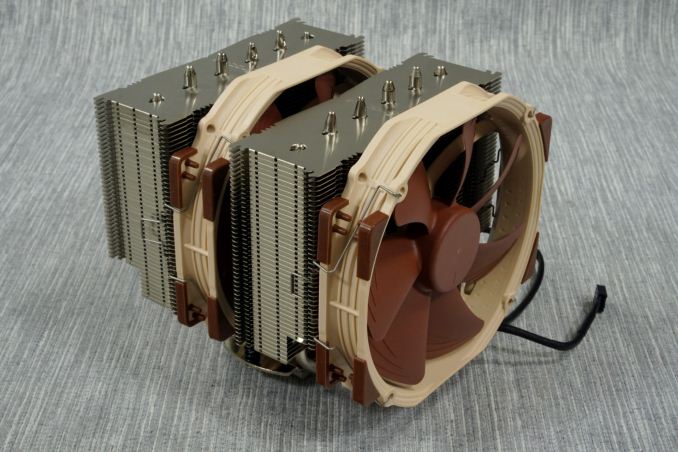 Noctua provides two of their own NF-A15 140 mm fans alongside the NH-D15. Their brown/beige color is Noctua's trademark and unique to Noctua's products (or copies of them). These are very high quality fans, with SSO2 bearings (advanced liquid lubricated metallic bearings with magnetic stabilizers), rubber anti-vibration pads and ridged blades for airflow manipulation. For those that do not want to install the second fan on the cooler, because either they need to retain compatibility with certain RAM modules or they are simply satisfied with the performance of a single fan, Noctua provides rubber mounts for the installation of one NF-A15 as a case fan. 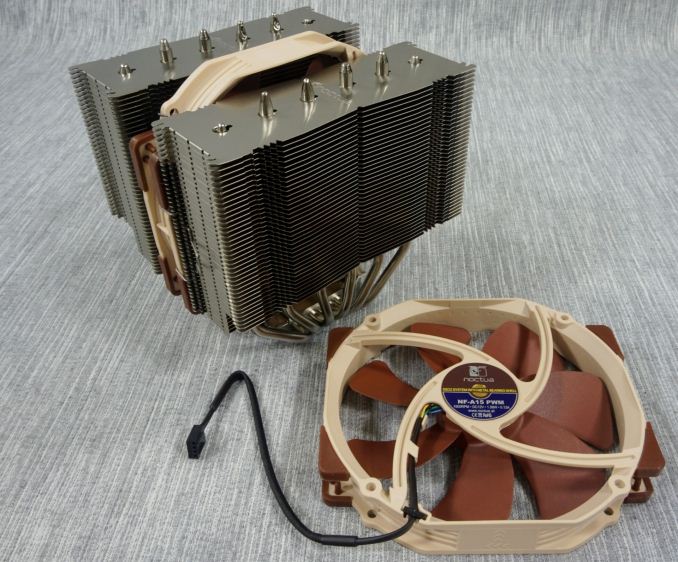 The base of the NH-D15 is relatively small in comparison to that of other coolers, yet obviously large enough to cover the entire surface of current CPUs. Most of the base is made out of copper, with steel parts used for retention, all nickel plated, along with the copper heatpipes as well. There are "only" six 6 mm heatpipes, the same number and size as with the older NH-D14, as Noctua clearly does not believe that enlarging the base and adding more heatpipes would make a notable performance difference. The contact surface is smooth and fairly well polished but not machined down to a perfect mirror finish. 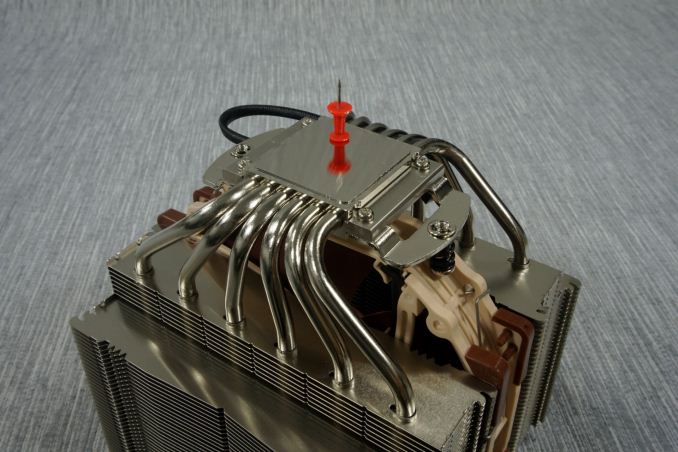