The State of Mantle, The Drivers, & The Test

Before diving into our long-awaited benchmark results, I wanted to quickly touch upon the state of Mantle now that AMD has given us a bit more insight into what’s going on.

With the Vulkan project having inherited and extended Mantle, Mantle’s external development is at an end for AMD. AMD has already told us in the past that they are essentially taking it back inside, and will be using it as a platform for testing future API developments. Externally then AMD has now thrown all of their weight behind Vulkan and DirectX 12, telling developers that future games should use those APIs and not Mantle.

In the meantime there is the question of what happens to existing Mantle games. So far there are about half a dozen games that support the API, and for these games Mantle is the only low-level API available to them. Should Mantle disappear, then these games would no longer be able to render at such a low-level. 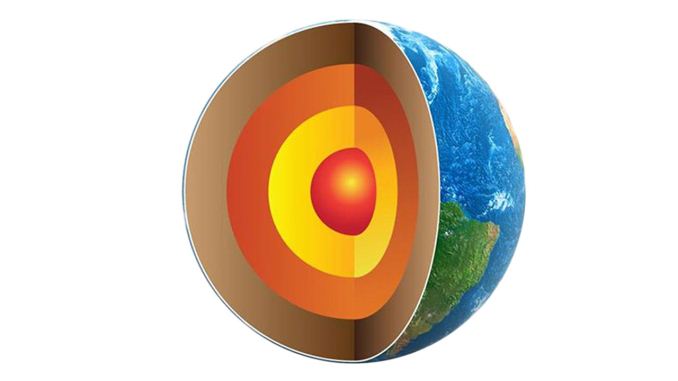 The situation then is that in discussing the performance results of the R9 Fury X with Mantle, AMD has confirmed that while they are not outright dropping Mantle support, they have ceased all further Mantle optimization. Of particular note, the Mantle driver has not been optimized at all for GCN 1.2, which includes not just R9 Fury X, but R9 285, R9 380, and the Carrizo APU as well. Mantle titles will probably still work on these products – and for the record we can’t get Civilization: Beyond Earth to play nicely with the R9 285 via Mantle – but performance is another matter. Mantle is essentially deprecated at this point, and while AMD isn’t going out of their way to break backwards compatibility they aren’t going to put resources into helping it either. The experiment that is Mantle has come to an end.

This will in turn impact our testing somewhat. For our 2015 benchmark suite we began using low-level APIs when available, which in the current game suite includes Battlefield 4, Dragon Age: Inquisition, and Civilization: Beyond Earth, not counting on AMD to cease optimizing Mantle quite so soon. As a result we’re in the uncomfortable position of having to backtrack on our policies some in order to not base our recommendations on stupid settings.

Starting with this review we’re going to use low-level APIs when available, and when using them makes performance sense. That means we’re not going to use Mantle in the cases where performance has clearly regressed due to a lack of optimizations, but will use it for games where it still works as expected (which essentially comes down to Civ: BE). Ultimately everything will move to Vulkan and DirectX 12, but in the meantime we will need to be more selective about where we use Mantle. 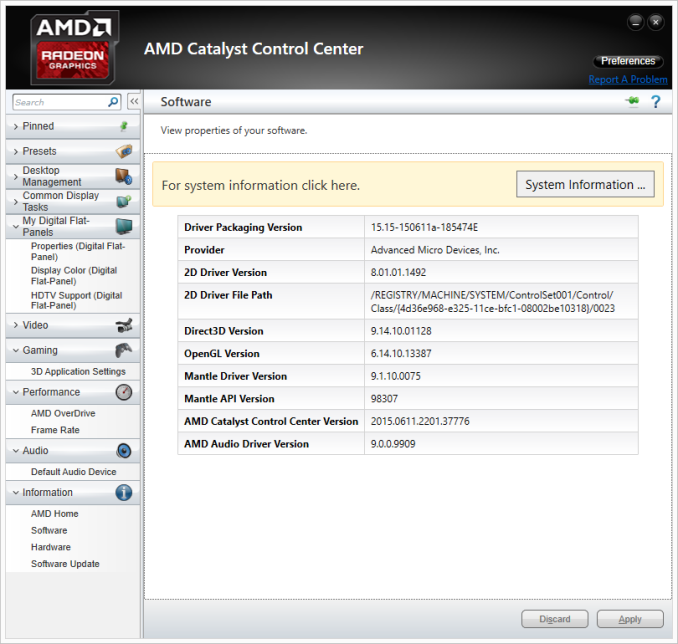 Eventually AMD will bring these cards back together in a later driver release, after they have done more extensive QA against their older cards. In the meantime it’s possible to use a modified version of Catalyst 15.15 to enable support for some of these older cards, but unsigned drivers and Windows do not get along well, and it introduces other potential issues. Otherwise considering that these new drivers do include performance improvements for existing cards, we are not especially happy with the current situation. Existing Radeon owners are essentially having performance held back from them, if only temporarily. Small tomes could be written on AMD’s driver situation – they clearly don’t have the resources to do everything they’d like to at once – but this is perhaps the most difficult situation they’ve put Radeon owners in yet.

From a build standpoint we’d like to remind everyone that installing a GPU radiator in our closed cased test bed does require reconfiguring the test bed slightly; a 120mm rear exhaust fan must be removed to make room for the GPU radiator. 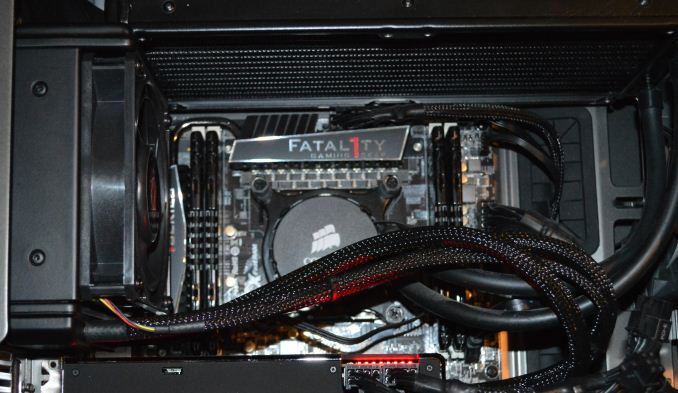