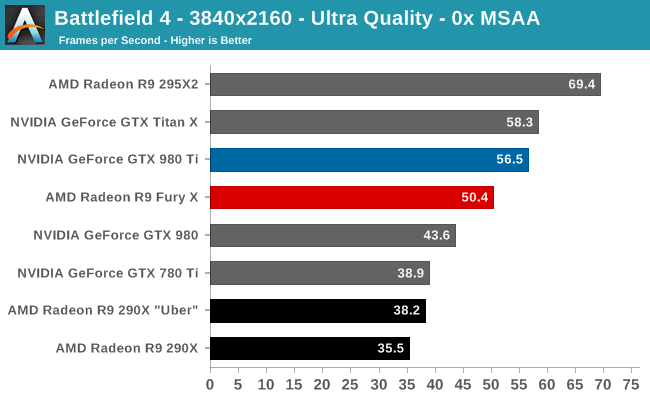 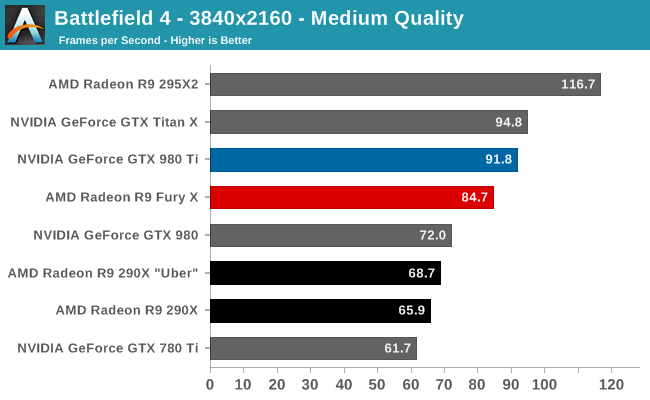 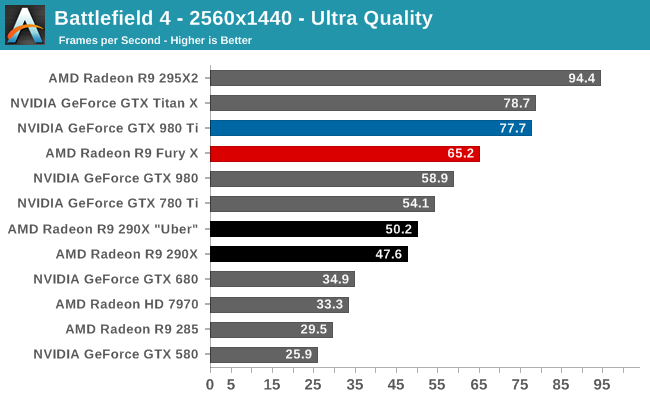 As we briefly mentioned in our testing notes, our Battlefield 4 testing has been slightly modified as of this review to accommodate the changes in how AMD is supporting Mantle. This benchmark still defaults to Mantle for GCN 1.0 and GCN 1.1 cards (7970, 290X), but we’re using Direct3D for GCN 1.2 cards like the R9 Fury X. This is due to the lack of Mantle driver optimizations on AMD’s part, and as a result the R9 Fury X sees poorer performance here, especially at 2560x1440 (65.2fps vs. 54.3fps).

In any case, regardless of the renderer you pick, our first test does not go especially well for AMD and the R9 Fury X. The R9 Fury X does not take the lead at any resolution, and in fact this is one of the worse games for the card. At 4K AMD trails by 8-10%, and at 1440p that’s 16%. In fact the latter is closer to the GTX 980 than it is the GTX 980 Ti. Even with the significant performance improvement from the R9 Fury X, it’s not enough to catch up to NVIDIA here.

Meanwhile the performance improvement over the R9 290X “Uber” stands at between 23% and 32% depending on the resolution. AMD not only scales better than NVIDIA with higher resolutions, but R9 Fury X is scaling better than R9 290X as well.