Thanks to extensive power/clock gating, idle power consumption of Trinity is easily on par with the best Intel has to offer with Ivy Bridge. It's entirely possible that we'd see lower numbers with more power efficient motherboards/PSUs, but at least here it looks like AMD's idle power concerns are a thing of the past. Load power is another issue altogether. Trinity may be more efficient than Llano at delivering performance, but it's still built on the same 32nm process node. Load power consumption doesn't go up significantly compared to Llano, but it doesn't go down either. It's going to take new process nodes and design techniques to really drive active power down in future APUs. 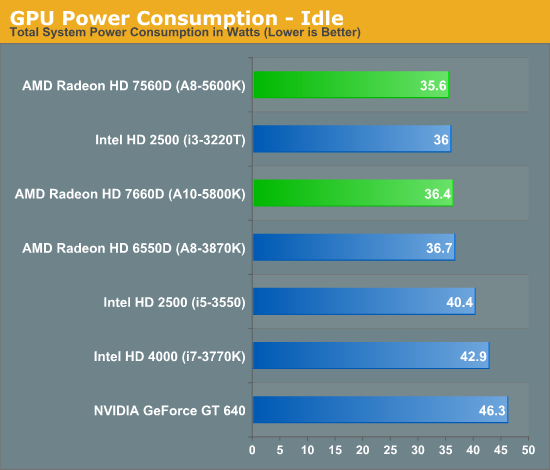 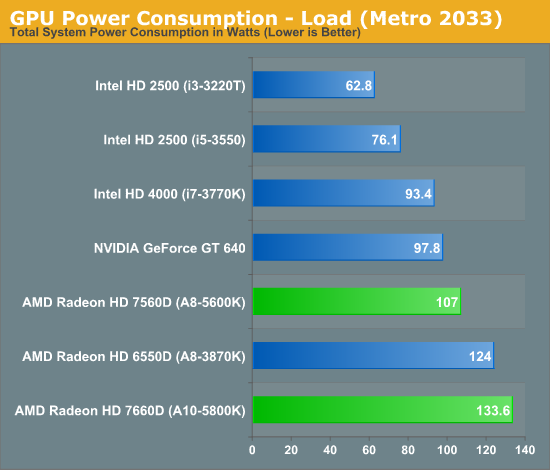