On average, Trinity's high-end 384-core GPU manages to be around 16% faster than the fastest Llano GPU, while consuming around 7% more power when active. Given that Trinity is built on the same process node at Llano, I'd call that a relatively good step forward for AMD's equivalent of a "tick". From AMD's perspective, the fact that it can continue to deliver a tangible GPU performance advantage over Intel's latest and greatest even with its die harvested APU (256-core Trinity) is good news. For anyone looking to build a good entry level gaming PC, the Trinity platform easily delivers the best processor graphics performance on the market today. If you're able to spend an extra $100 on a discrete GPU you'll get better performance, but below that Trinity rules. The trick, as always, will be selling the GPU performance advantage alongside the presumably lower x86 CPU performance. We'll have to wait another week to find out the full story on that of course, but if you're mostly concerned about GPU gaming performance, Trinity delivers. 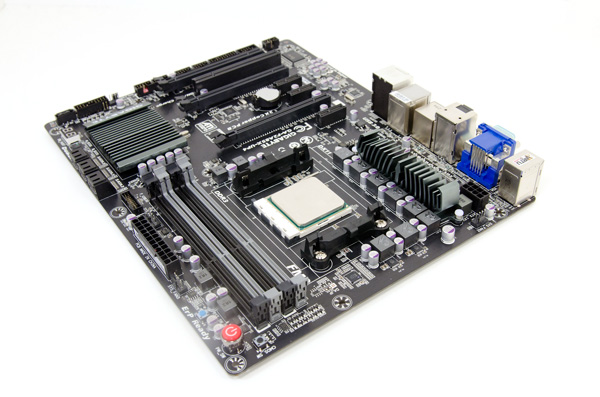 Ivy Bridge was a good step forward for Intel, the problem is that only the high-end Ivy Bridge graphics configuration borders on acceptable. The HD 2500's performance is really bad unfortunately. It's easy to appreciate how far Intel has come when we look at improvements from one generation to the next, but when you start running benchmarks on Trinity it really compresses the progress Intel has made. When Haswell shows up it may be a different game entirely, but until then if you're interested in a platform with processor graphics (with an emphasis on the graphics part), Trinity is as good as it gets.