One of Intel's big mandates for the ultrabook line was for them to have good battery life, and that's a mandate anyone can really get behind. Dell has gone out of their way to further optimize the XPS 13 for better running time, but their optimizations do run afoul of our testing: the screen features an ambient light sensor which will dynamically adjust the brightness depending on how bright the surrounding room is, and while their optimized mode is enabled it's impossible to prevent the system from going to sleep if left idle. As a result, the XPS 13 was tested in our tried-and-true customized "Power Saver" configuration. 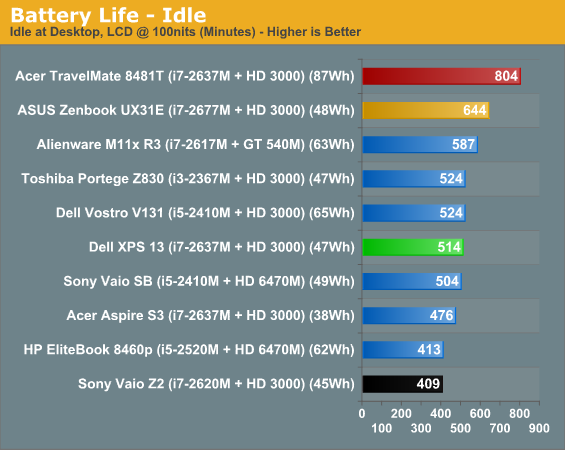 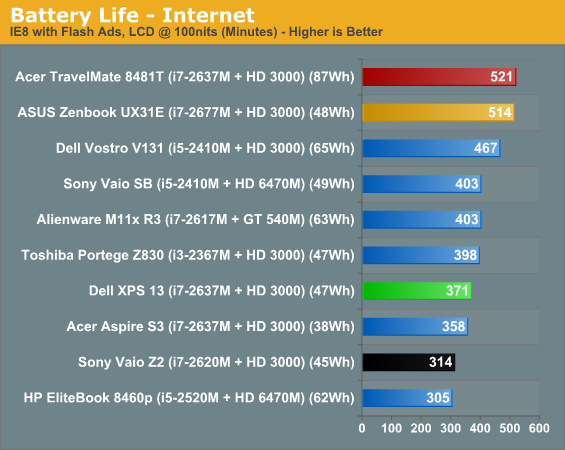 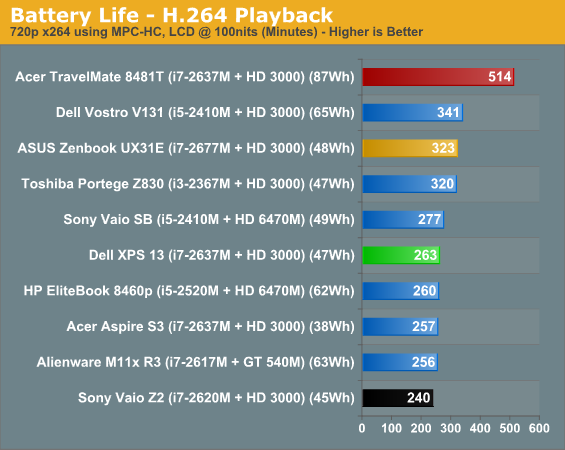 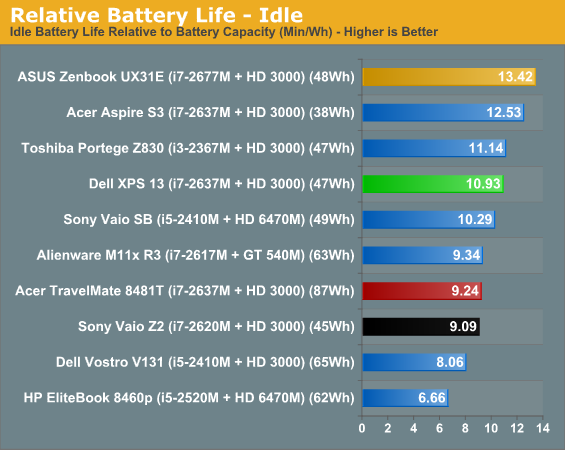 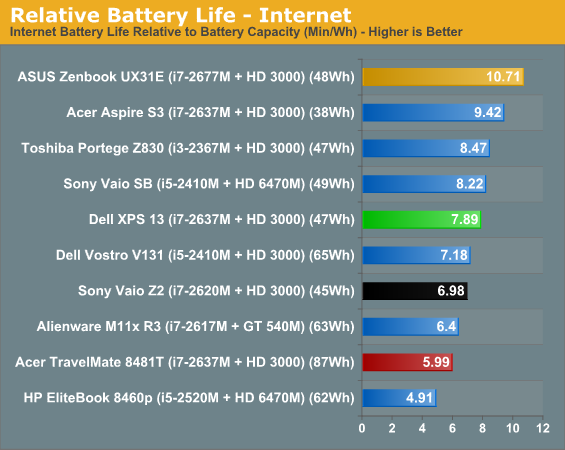 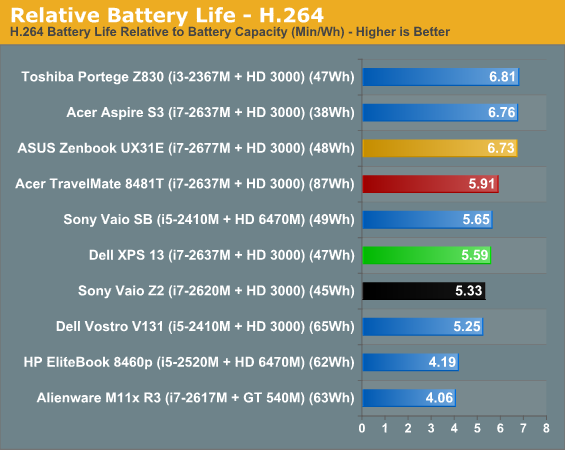 It's hard to complain too much about the battery life the XPS 13 produces, but it's also a situation where you have to wonder if a better thermal solution might not pay off dividends here. Jarred has already proven that Intel's "Hurry Up and Get Idle" mantra is actually accurate to Sandy Bridge, and the XPS 13 could stand to run the fan a bit less.

This is really where the Dell XPS 13 just isn't as good of a citizen as we wish it was. Under stress testing, we found the XPS 13's core temperatures would idle in the mid forties and then push into the low eighties. That trouble is compounded by the fan noise; the XPS 13 just seems to have a hard time in general dissipating heat. There's a ceiling that it hits, and then the fan will keep running well after the system has stopped being stressed as it slowly but surely tries to get the temperatures back down to the forties. As I mentioned before, once any obstruction is placed under that bottom vent, it's not at all difficult to get the core temperatures into the high nineties.

Fan noise under heavy load is at least 43dBA, and as is customary with the small fans ultrabooks require, the character of the noise is extremely high pitched. Again, this is really going to be the price of admission for an ultrabook. I want to say that Dell probably could have tweaked their fan controls better, but really it's the fact that the whole cooling system just doesn't seem to be as efficient as competing designs.