Moving to our obstructed testing with the router at the other end of the house, we shifted locations. (If you must know, my wife wasn’t particularly pleased about the mess in our upstairs bedroom. Sorry!) This test location is actually very useful for me as the router is located in my office while I’m testing the laptops in my living room—right next to my HTPC. While the Linksys E4200 appears to do a lot better than the Netgear in our obstructed tests, we’re no longer testing on different floors and the results aren’t directly comparable (though the laptops are still about 40 feet from the router with a couple walls in between). We hope to do additional wireless testing in the near future (assuming there’s a demand for it) where we will try to provide a better view of performance using the same antennae, but for now let’s see how the cards do with an obstructed signal and the potential to use a 5GHz radio.

Connection rates are interesting to discuss as well. Realtek drops to 58Mbps, again about half of what it seemed to get with the Netgear router. The Intel 1030 maintains a relatively consistent 144Mbps connection. The ASUS K53E with a 6230 chip ranges from around 78 to 180Mbps, the Clevo Intel 6230 laptop maintains a relatively consistent 130-144Mbps, and the Intel 6300 connection speed ranges from around 130 to 180Mbps. As mentioned earlier, the Atheros and Bigfoot drivers apparently don’t pass real-time network data rate information along to Windows, so both were steady—the Atheros shows 130Mbps and the Bigfoot shows a constant 300Mbps, though it’s clear from the results that they’re dropping to lower data rates because of interference. 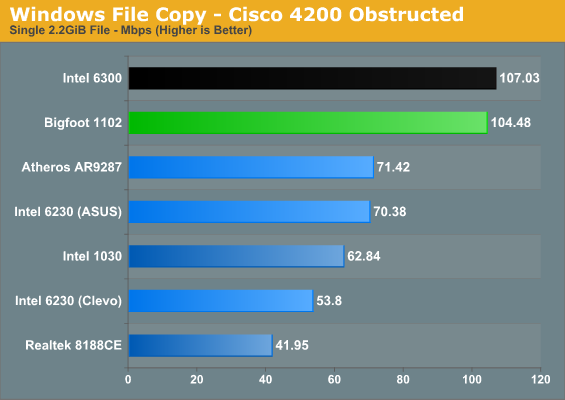 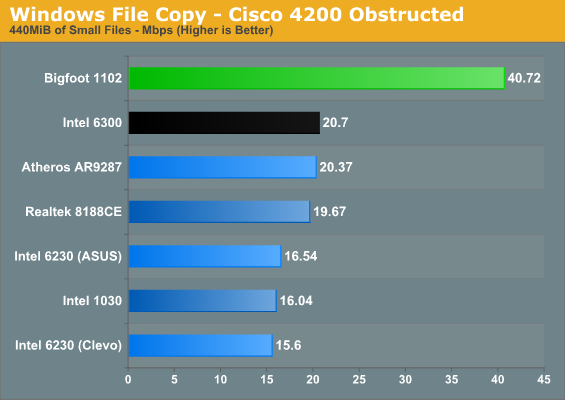 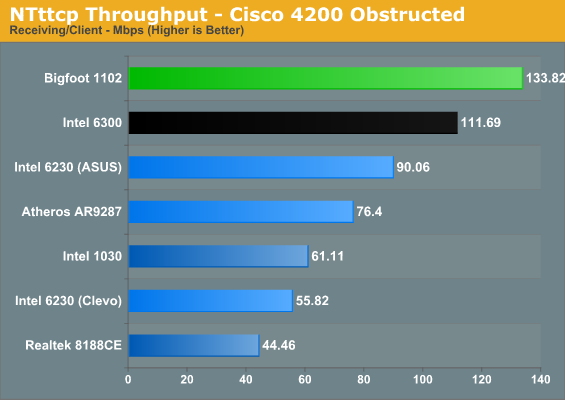 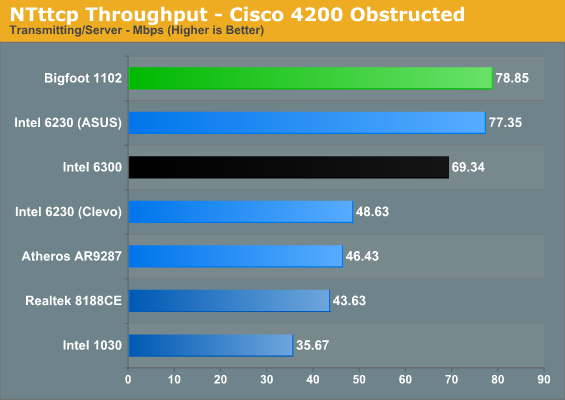 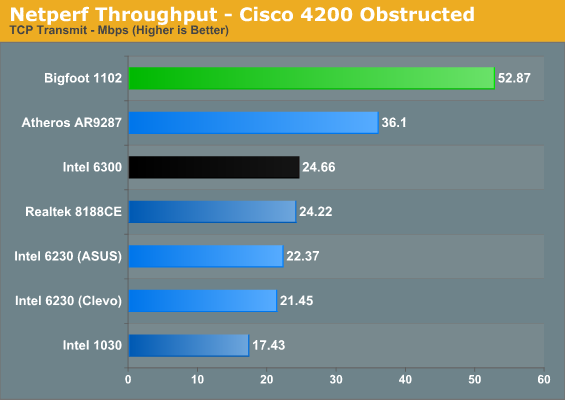 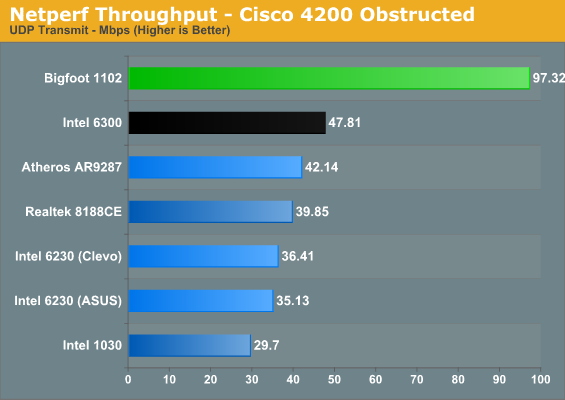 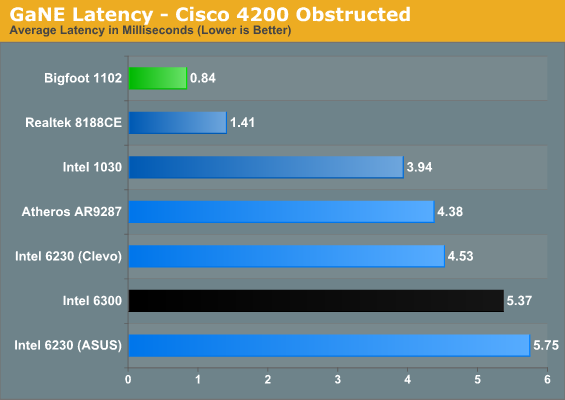 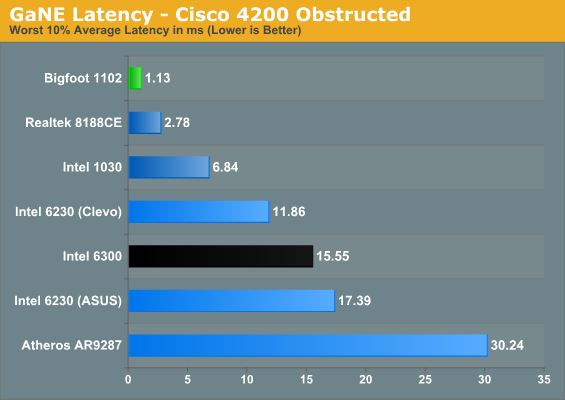 While the Bigfoot 1102 victory wasn’t quite as clear in our ideal test scenario with the Linksys router, its obstructed performance is once again at the top of the charts. The only test where it drops to second is against the Intel 6300 for the large file copy. Balance that against NTttcp performance that’s around 20% higher than the 6300 and Netperf results that are more than double that of the closest competitor. Latency is also much lower than the competition, and the only card that comes close—Realtek’s 8188CE—only had a single spatial stream to contend with. Copying lots of smaller files gives Bigfoot another major victory, with throughput almost double that of the 6300.

With a less than ideal signal location, the lack of 5GHz support doesn’t hurt the Atheros card as much. It typically comes in ahead of both 6230 laptops and takes about half of the categories against the Intel 6300. However, even though the results look decent, in the real world you’re much better off with a chipset that can support 5GHz radios. Go to any convention and you’ll find the 2.4GHz spectrum is completely saturated; you need to find a 5GHz hotspot if you’re going to have a chance at getting your signal through (at least until everyone else starts using 5GHz radios as well). That brings us to our next topic: signal range.