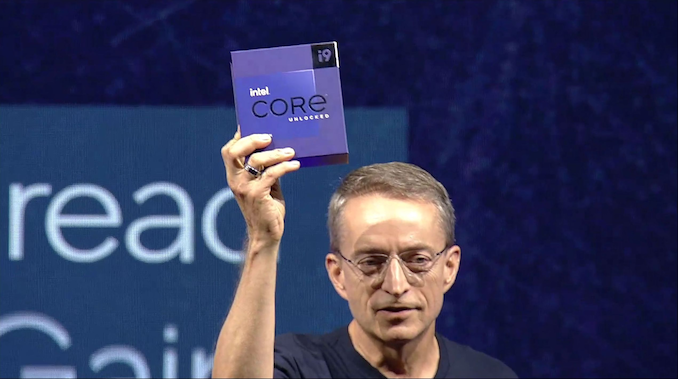 Initially teased by Intel CEO Pat Gelsinger during their Innovation 2022 opening keynote, Intel has unveiled its highly anticipated 6 GHz out-of-the-box processor, the Core i9-13900KS. The Core i9-13900KS is a special, highly clocked bin of the regular i9-13900K, offering the same 24-core (8P+16E) hybrid architecture, but with an impressive P-core maximum turbo clockspeed of up to 6 GHz.

Based on Intel's existing Raptor Lake-S desktop silicon, Intel claims that the Core i9-13900KS is the first desktop processor to reach 6 GHz out of the box without overclocking. With normal chips hitting up to 5.8GHz, the i9-13900KS is an even more extreme bin of that silicon, with Intel identifying chips that can run even harder to make it to 6 GHz. The trade-off for this extra burst of performance is that the power consumption of the chip is even higher than Intel's usual high-end desktop parts, with an official TDP of 150 Watts, and an "extreme" power profile that goes as high as 320 Watts under load.

Meanwhile, unlike most Intel CPU launches, the company is wasting no time on bringing their new special edition chip to market: the $699 CPU is available immediately.

The Core i9-13900KS has been a long-awaited entrant to Intel's Raptor Lake-S for desktop family, with previous hints from Intel during their Innovation 2022 keynote that a 6 GHz out-of-the-box processor was on the horizon for this generation. As Intel likes to proclaim, the company considers the Core i9-13900KS to be a significant milestone for desktop PCs, thanks to its 6 GHz out-of-the-box P-Core turbo frequency. This makes it one of the fastest desktop x86 processors ever released, at least from the perspective of users who won't need to overclock anything to attain these ridiculous core frequencies. 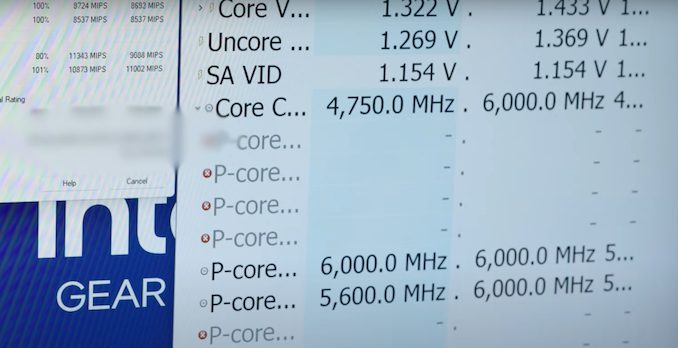 From Intel's sneak peek video on YouTube which was published on January 10th, the Core i9-13900KS looks to have reached 6 GHz on two of the eight performance (P) cores, with a clock speed of up to 5.6 GHz on the remaining six cores, which is very impressive, even for the already-capable Raptor Lake silicon. Intel hit 5 GHz on a shipping consumer CPU just a bit under three and a half years ago with the Core i9-9900KS, so this latest push to 6 GHz has come relatively quickly compared to the overall relaxed pace the x86 CPU frequencies have been moving at over the last decade or so.

Like its predecessor KS parts, the i9-13900KS is a special bin of Intel's existing silicon. Judging from end-user reports of overclocking the normal Core i9-13900K, we're left with the impression that very few of those chips could hit 6 GHz with ambient air cooling. So the i9-13900KS appears to be a very thin bin, though unlike the i9-12900KS launch, we haven't heard any official statistics from Intel this time around.

Of course, with even higher clockspeeds pushing the chip even farther away from the sweet spot on the voltage-frequency curve, the power consumption of this special edition chip has also gone up. The base TDP (as defined by Intel) is now 150 Watts, up from 125 W for the regular i9-13900K.

More interesting are the PL1 and PL2 power limits. For their latest chief chip, Intel has actually created two official power profiles, which is something they've never done before. The "base" profile sees both PL1 and PL2 set at 253 Watts; this is the same PL2 (turbo limit) as the i9-13900K, but PL1, the long-term expected steady state power consumption of a processor, his been boosted significantly from 125 W to the same 253 W value. PL1 is normally synonymous with a chip's official TDP, so I'm not sure the 150 W figure has much relevance here. 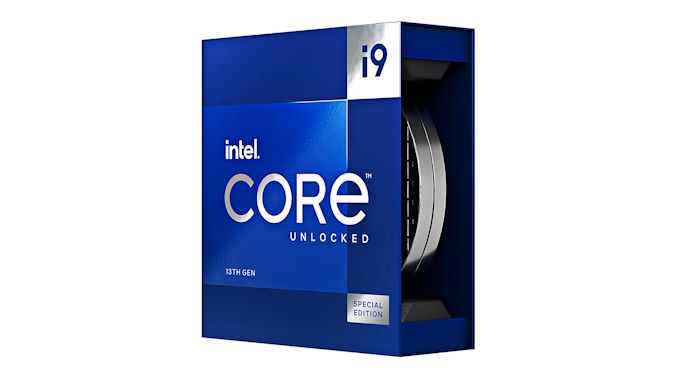 And for system builders that truly want to throw energy efficiency into the wind in favor of peak performance, the new "Extreme" power delivery profile further raises both PL1 and PL2 to 320 W, which correlates to an ICCMax current of 400 Amperes. While it (hopefully) shouldn't be necessary for the i9-13900KS to hit 6 GHz on its handful of favored cores, the extra power should come in handy for helping the remaining CPU cores also hold high clockspeeds, especially under heavy multi-threaded workloads.

Intel at this point hasn't specified how the multiple profiles will work (despite chips going on sale today), but between motherboard settings and Intel's XTU utility, one or both will undoubtedly have access. Otherwise, since the new extreme power profile is an official profile, Intel has confirmed that their standard warranty covers this higher powered mode.

Comparing the Core i9-13900KS special edition processor directly to the regular Core i9-13900K, almost every clockspeed value has been cranked up to some degree. Thanks to the higher TDP, the official base clockspeeds for both the P and E cores are 200MHz higher, bringing them to 3.2 GHz and 2.4 GHz respectively. Meanwhile the highest turbo boost clockspeed on the P cores is now 6 GHz.

Like the basic i9-13900K, it's important to note that this is not an all-core turbo value – that is, not all 8 P cores will hit 6 GHz. As with the 5.8 GHz peak clockspeed on that chip, this is achieved by layering Intel's Thermal Velocity Boost (TVB) technology on top of their Turbo Boost Max 3.0 technology. Which to simplify things, means that the clockspeed is only guaranteed to be available on the chip's favored core pair, and even then only when the processor is running cool enough that there's enough thermal headroom to punch up the final 200MHz to 6 GHz.

Otherwise, the normal all-core turbo limit for the remaining P cores is 5.4 GHz, which means they can top out at 5.6 GHz when TVB is available. Meanwhile the E cores get no such love, and their turbo limit remains at 4.3 GHz, the same as on the regular i9-13900K.

Rounding out the package, the Core i9-13900KS offers the same 36 MB of L3 cache as Intel's other top-tier Raptor Lake desktop chips. And this is a graphics-enabled SKU, so Intel's UHD 770 integrated graphics are available.

Intel hasn't clarified how many Core i9-13900KS parts will be available during the lifecycle of Raptor Lake-S. As we've seen with previous iterations of its KS edition SKUs, there are typically a limited number of processors produced. Though as the high price tag also means that Intel moves relatively few chips overall, this is primarily an opportunity for Intel to show off with one faster chip.