Intel's Gets into Benchmarking 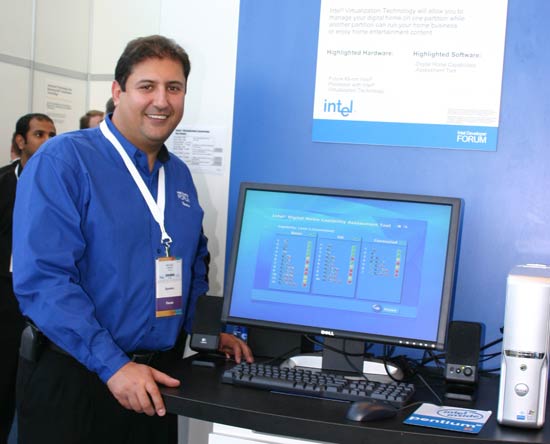 The benchmarking tool runs these tasks one at a time as well as in parallel, and generates a performance rating based on things like the number of frames dropped while watching a HD video stream. 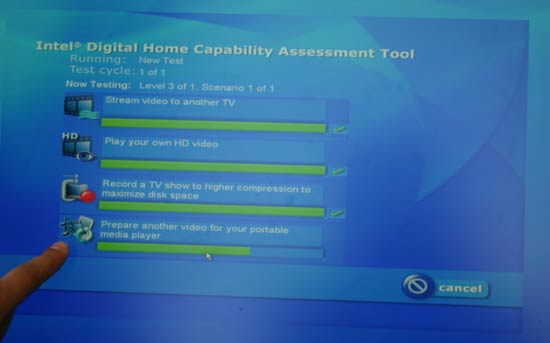 The idea is to be able to quantify the digital home experience a particular platform would offer, thus allowing end users to better compare systems based on overall experience. Honestly, the whole thing sounds a lot like AMD's True Performance Initiative that resulted in the model numbers we've come to live with for so long; it also sounds a lot like Intel's iComp ratings from years past.

The difference between this tool and previous attempts to characterize performance is that Intel's tool doesn't just output a performance rating, it also gives you a detailed list of what tasks the tested PC can do poorly, relatively well and perfectly: 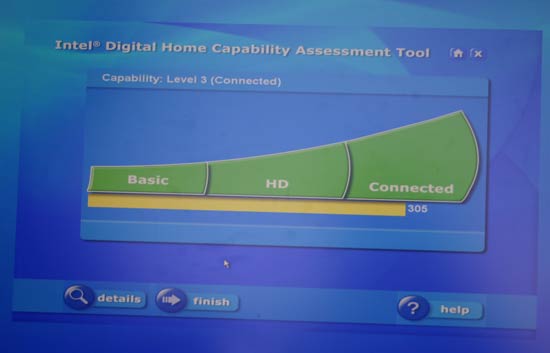 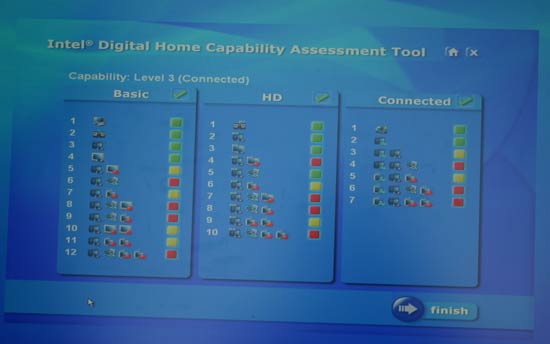 The breakdown of what this system can and cannot do

The rating system is an interesting idea and Intel promises that it will be made extensible to include other usage patterns as they emerge.

Obviously Intel's tool isn't something we'd use here on AnandTech, but it is interesting to note that you may end up seeing the results of this tool in stores like Best Buy and by companies like Dell to help characterize the relative performance of their systems as far as a digital home user is concerned.

The tasks the tool performs are using regular, unmodified applications, so in theory they shouldn't deliberately penalize non-Intel processors, but we'd honestly be very surprised if Intel had put together a benchmark that they didn't win.

Intel's other benchmarking program was a similar experience-oriented performance tool for games, very similar to FRAPS with a few tweaks. The tool measures instantaneous frame rate over time, but then it compares those frame rates to user data expressing the quality of their gaming experience with reference to the frame rates and produces an experience rating. 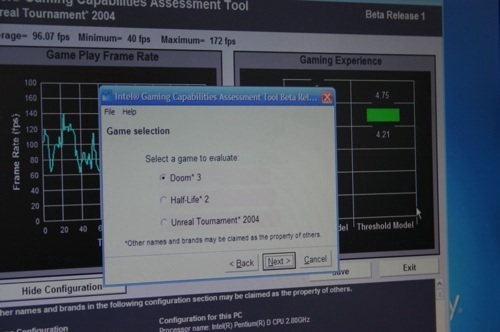 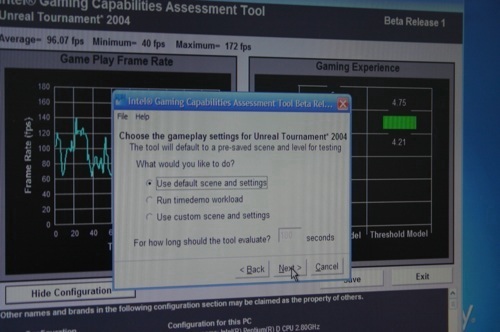 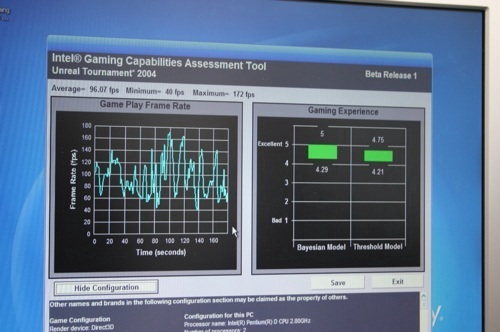 The idea of the experience rating sounds interesting, but we can't help but believe that this tool wouldn't have been created had Intel not been so far behind on gaming performance.

Intel is planning on making all of these types of tools available to the public and making them somewhat transparent, hopefully showing consumers what these benchmarks actually do to generate their results. Again, these aren't things we'd use here, but they are things that may end up in a retail store near you.