Moving down the Prime series of models from ASUS, the Prime B560M-A AC and B560M-A are essentially smaller (micro-ATX) versions of the Prime B560M-Plus. The other difference between the two B560M-A models is the AC variant includes a Wi-Fi 5 CNVi. Both models include a black and silver patterned PCB, with silver heatsinks covering the CPU section of the power delivery. Providing power to the advertised 8-phase power delivery is a single 8-pin 12 V ATX CPU power input. 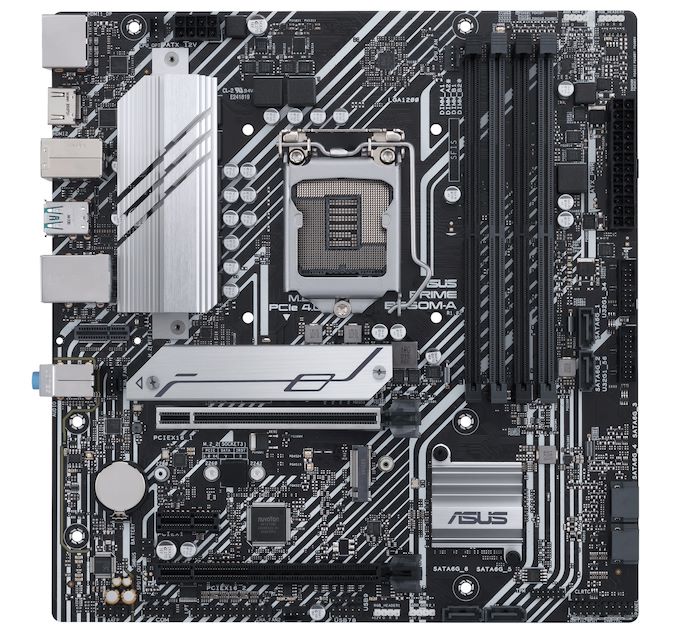 The ASUS Prime B560M-A AC includes an unspecified Wi-Fi 5 CNVi, which the regular B560M-A model doesn't include. Everything else on the rear panel is the same including one Intel I219-A GigabitEthernet port, a Realtek ALC897 HD audio codec that powers three 3.5 mm audio jacks, and a PS/2 combo port. USB connectivity includes one USB 3.2 G2 Type-C, one USB 3.2 G2 Type-A, and four USB 2.0 ports. Finishing off the rear panel is a trio of video outputs including two HDMI and one DisplayPort.