The GIGABYTE Z590 Aorus Ultra is an ATX sized motherboard and caters towards the mid-range of the Z590 stack. GIGABYTE is advertising a 17-phase power delivery, organized into an 8+1 configuration with the CPU section doubling up on its 90 A power stages. Design-wise, the Z590 Aorus Ultra has a black PCB, with black and silver M.2 and chipset heatsinks, with an Aorus styled design built into the rear panel cover. 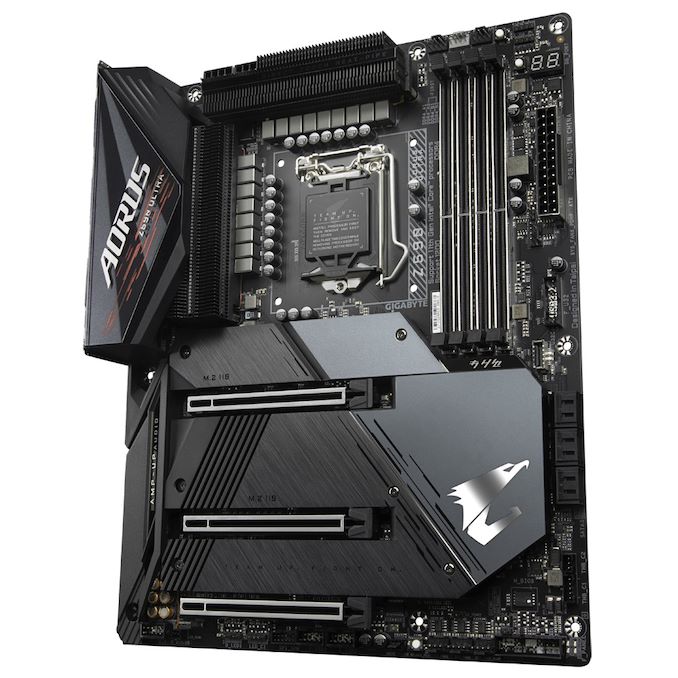 Towards the board's central and bottom area are three full-length PCIe slots, with the top two operating at PCIe 4.0 x16 and x8/x8, while the third full-length slot is locked at PCIe 3.0 x4. Storage options include one PCIe 4.0 x4 M.2, two PCIe 3.0 x4 M.2, and six SATA ports, with support for RAID 0, 1, 5, and 10. GIGABYTE is currently listing Intel spec memory support with DDR4-3200, but this is likely to be higher once GIGABYTE has published its QVL memory list. However, the four memory slots do include support for up to 128 GB. In the top-right hand corner of the board is a two-digit LED debugger.