Supermicro is more commonly known for its workstation and server boards, but it does cater to the desktop market too with its SuperO series. It intends to release two ATX models for Z590, the C9Z590-CGW and C9Z590-CG, with the only difference is that the CGW model includes Wi-Fi 6. The design omits any form of RGB LED lighting and instead focuses on the essentials. Both models include a mixture of black, dark gray, and silver aesthetics on the rear panel cover and chipset heatsink, with solid black power delivery heatsinks keeping the VRMs cool. 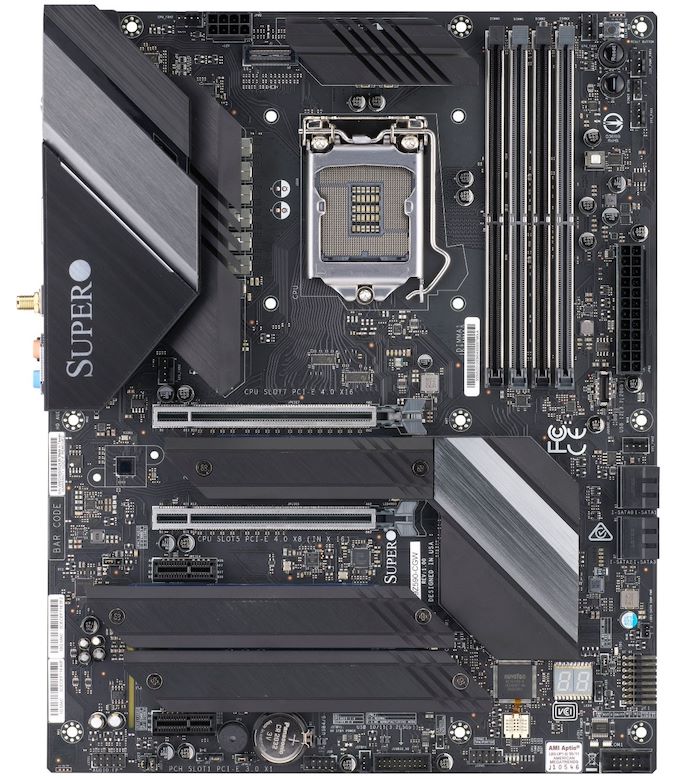 The Supermicro C9Z590-CGW motherboard with Wi-Fi 6

On the rear panel of the Supermicro C9Z590-CGW, it has two ports for the Wi-Fi 6 antenna, which is the only thing the CZ590-CG doesn't include. The rest of the panel is shared between both models, including two USB 3.2x2 Type-C, two USB 3.2 G1 Type-A, and four USB 2.0 ports. Supermicro typical installs premium networking, and both models feature an Aquantia AQC113C 10 GbE and Intel I219-V Gigabit controller pairing. The rest of the panel includes two video outputs, including HDMI 2.0a and DisplayPort 1.4, with five 3.5 mm audio jacks and S/PDIF optical output powered by a Realtek ALC1220 HD audio codec.

Supermicro hasn't shared any information on pricing with us so far.