The Xavier NX actually isn’t new, as the company had announced the module last November with availability starting end of April. Alongside the module itself, which can also be purchased in bulk by industrial customers wanting to deploy the platform more widely, Nvidia today is releasing the corresponding SBC-formfactor motherboard.

Nvidia will be offering the Jetson Xavier NX Developer Kit Xavier NX module which is able to be run at either 15W or 10W operating modes, differing by the chip’s enables enabled CPU core count and CPU and GPU frequencies. The new dev kit does now sport an active cooling fan versus the passive solution of the Jetson Nano. 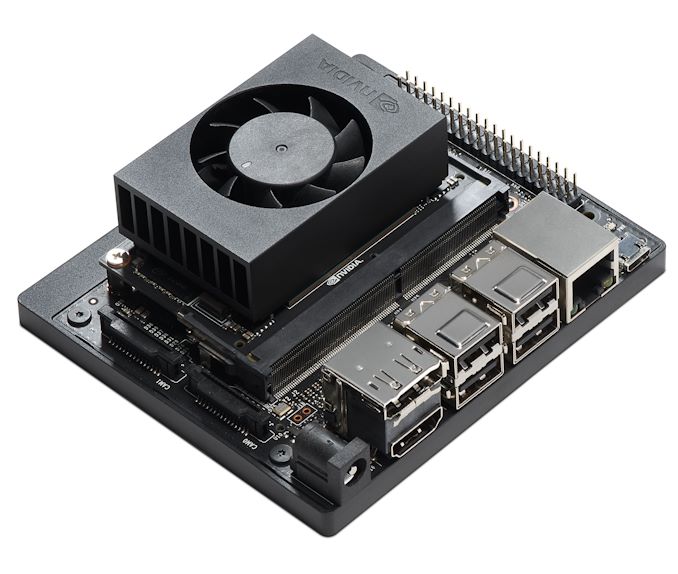 Nvidia will be selling the new Developer Kit starting today starting today for $399 – essentially the same price as the Xavier NX modules themselves. The platform comes with “cloud-native” support from Nvidia, which means that they offer solutions to deploy the platform as an AI-at-the-edge system, including offering AI model examples to get started on applications.