One of the most basic and therefore budget-focused models is the micro-ATX ASUS Prime Z490M-Plus. Some of its primary features include two PCIe 3.0 x4 M.2 slots, five SATA ports, and three video outputs on the rear panel. It has less in terms of features than the ATX sized Prime Z490-P, but it looks to offer variation in both pricing, and form factor than the rest of ASUS's product stack. 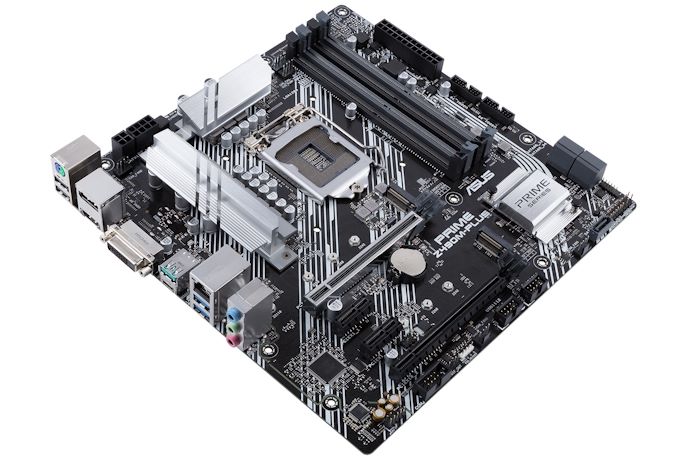 While we don't currently know what the design of the Prime Z490M-Plus consists of, it's likely that it will follow a basic silver and black theme like other Prime models. It has two full-length PCIe 3.0 slots which operate at x16/+4, with two PCIe 3.0 x1 slots. It has two PCIe 3.0 x4 M.2 slots with five SATA ports with support for RAID 0, 1, 5, and 10 arrays. Memory support for the Z490M-Plus is lowest of all the ASUS Z490 models, with support for DDR4-4400 across four slots, with a maximum capacity of up to 128 GB. 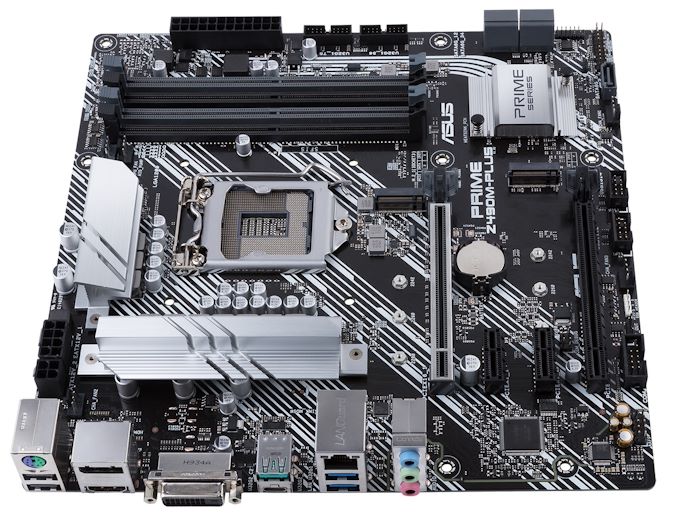 In terms of USB support, the ASUS Prime Z490M-Plus has support for up to 14 USB ports combining what's available from front panel headers and what's on the rear panel. It includes a trio of video outputs including an HDMI 1.4b, a DisplayPort 1.4, and a DVI which could be a viable choice for budget users planning to take advantage of integrated graphics. For networking the board is using an Intel I219-V Gigabit Ethernet controller, while the onboard audio is taken care of by a more budget-friendly Realtek ALC887 HD audio codec.

It doesn't come with a staggering price with an MSRP of just $150, which currently puts it as the cheapest Z490 model from ASUS out of the boards we currently know about. ASUS hasn't revealed when it will be launched, but it shouldn't be too long after launch.