The ASUS Prime Z490-P is a modest offering for users on LGA1200, with a more basic set of features for those on a budget. It does include a Thunderbolt 3 front panel header for users looking to add Thunderbolt 3 via an add-on card and has support for DDR-4600 memory. Also featured are two PCIe 3.0 x4 M.2 slots, a Realtek Gigabit Ethernet controller, and a Realtek ALC887 HD audio codec. 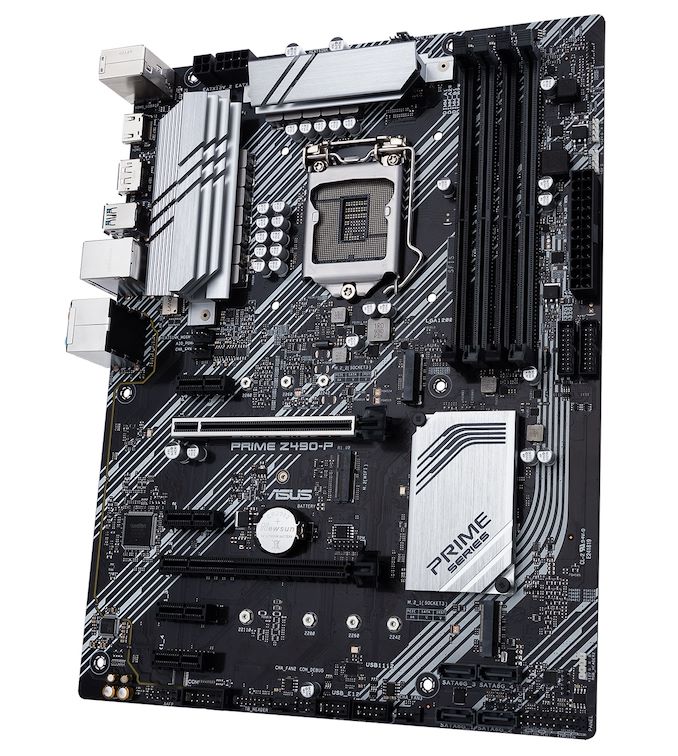 Following an elemental silver and black theme throughout, the ASUS Prime Z490-P has two full-length PCIe 3.0 slots which run at x16/+4, and has three additional PCIe 3.0 x1 slots. Although this model doesn't come with a wireless interface by default, it has a single Key-E M.2 slot so users can install their own. For storage is a pair of PCIe 3.0 x4 M.2 slots, while the board makes use of four straight-angled SATA ports located at the bottom of the board. Following a trend across all of the Z490 offerings, the Prime Z490-P has support for DDR4-4600, across four slots with up to a maximum of 128 GB memory. It uses a simple 10+1 power delivery, which like other ASUS Z490 models, is using teamed power stages. 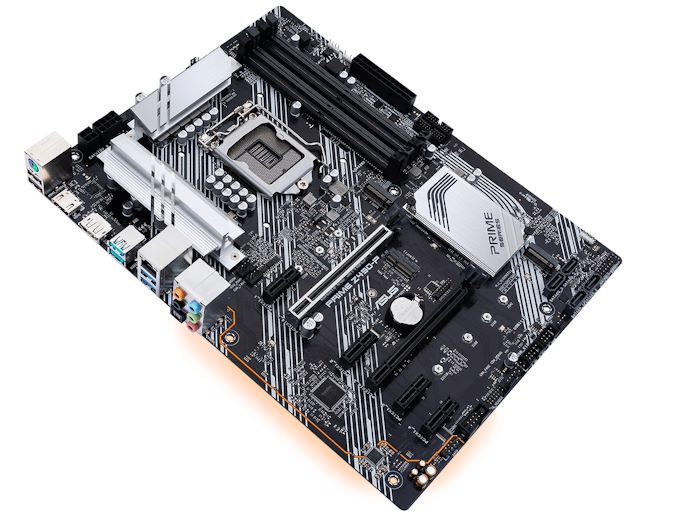 Even though it's fundamental in design, the rear panel has plenty for users to utilize. Included are two USB 3.2 G2 Type-A, two USB 3.2 G1 Type-A, and two USB 2.0 ports. It has a pair of video outputs consisting of an HDMI 1.4b, and DisplayPort 1.4, while a Realtek ALC887 HD audio codec powers the five 3.5 mm audio jacks and S/PDIF optical output. The single Ethernet port is powered by a Realtek RTL8111H Gigabit controller, while at the left-hand side of the rear panel is a single PS/2 combo port.

The ASUS Prime Z490-P has an MSRP of $160 and represents one of ASUS's entry-level Z490 models. It focuses more on essential controllers with a budget flavour including a Realtek Ethernet and audio controller pairing, with less flash and more substance. The Prime Z490-P is the decent choice for users on a budget looking to use Intel's 10th generation Comet Lake desktop processors, but without the need to spend an exuberant amount of money.