For those looking at a server replacement CPU, AMD’s big discussion point here is that in order to get 64 cores on Intel hardware is relatively hard. The best way to get there is with a dual socket system, featuring two of its 28-core dies at a hefty $10k a piece. AMD’s argument is that users can consolidate down to a single socket, but also have better memory support, PCIe 4.0, and no cross-memory domain issues.

Unfortunately I was unable to get ahold of our Rome CPUs from Johan in time for this review, however I do have data from several dual Intel Xeon setups that I did a few months ago, including the $20k system. 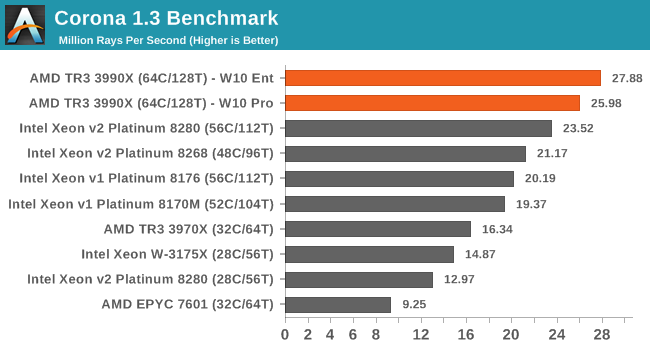 This time with Corona the competition is hot on the heels of AMD's 64-core CPUs, but even $20k of hardware can't match it. 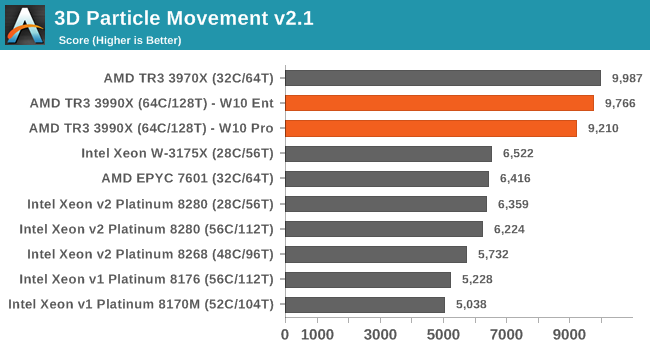 The non-AVX verson of 3DPM puts the Zen 2 hardware out front, with everything else waiting in the wings. 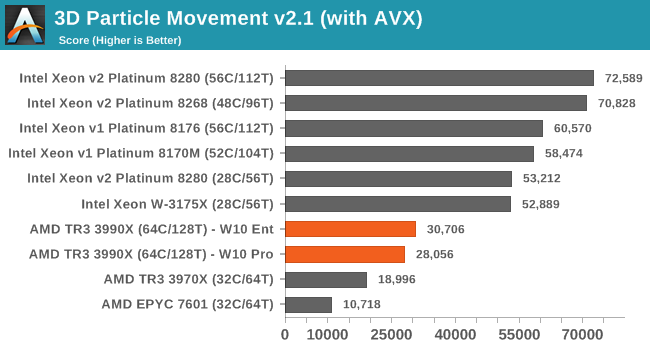 When we add in the AVX-512 hand tuned code, the situation flips: Intel's 56 cores get almost 2.5x the score of AMD, despite having fewer cores. 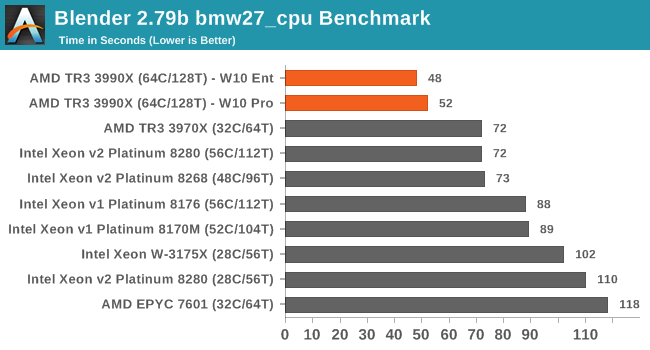 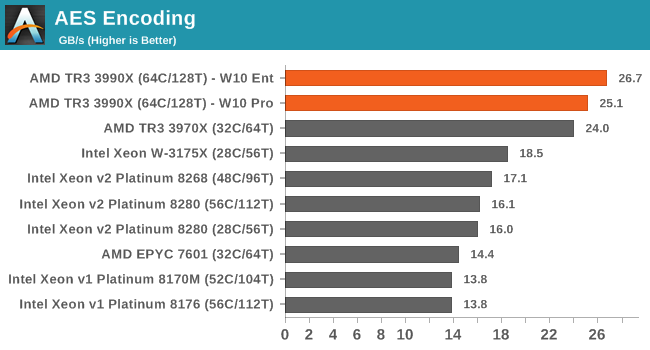 For AES encoding, as the benchmark takes places from memory, it appears that none of Intel's CPUs can match AMD here. 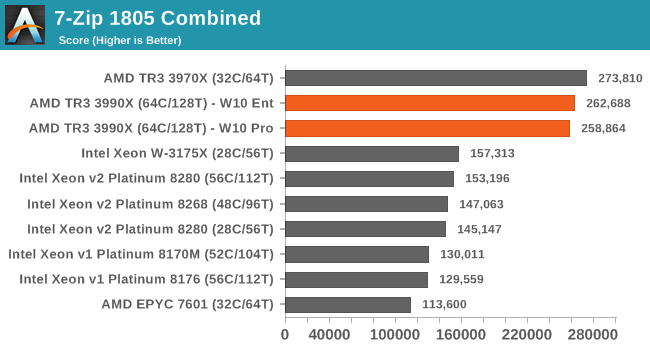 For the 7-zip combined test, there's little difference between AMD's 32-core and 64-core, but there are sizable jumps above Intel hardware. 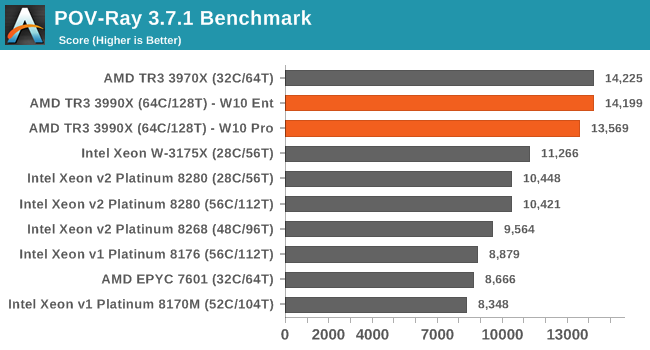 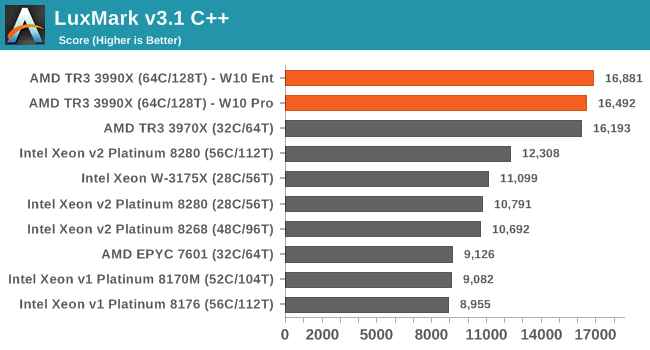 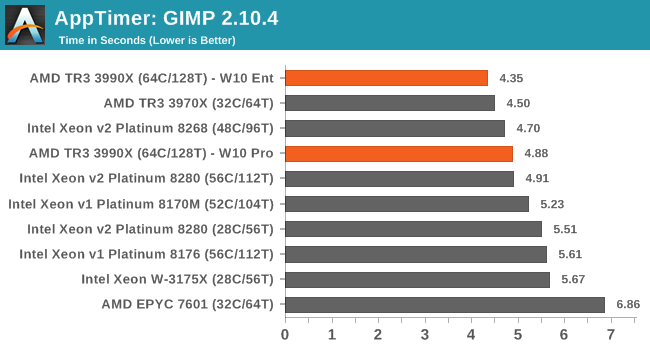 In our tests here (more in our benchmark database), AMD's 3990X would get the crown over Intel's dual socket offerings. The only thing really keeping me back from giving it is the same reason there was hesitation on the previous page: it doesn't do enough to differentiate itself from AMD's own 32-core CPU. Where AMD does win is in that 'money is less of an issue scenario', where using a single socket 64 core CPU can help consolidate systems, save power, and save money. Intel's CPUs have a TDP of 205W each (more if you decide to use the turbo, which we did here), which totals 410W, while AMD maxed out at 280W in our tests. Technically Intel's 2P has access to more PCIe lanes, but AMD's PCIe lanes are PCIe 4.0, not PCIe 3.0, and with the right switch can power many more than Intel (if you're saving 16k, then a switch is peanuts).

We acknowledge that our tests here aren't in any way a comprehensive test of server level workloads, but for the user base that AMD is aiming for, we'd take the 64 core (or even the 32 core) in most circumstances over two Intel 28 core CPUs, and spend the extra money on memory, storage, or a couple of big fat GPUs.