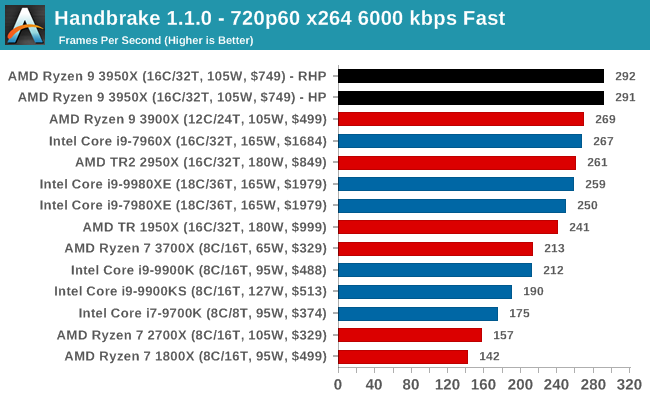 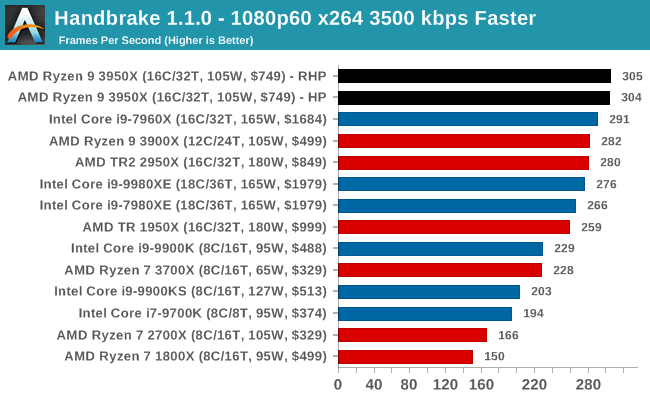 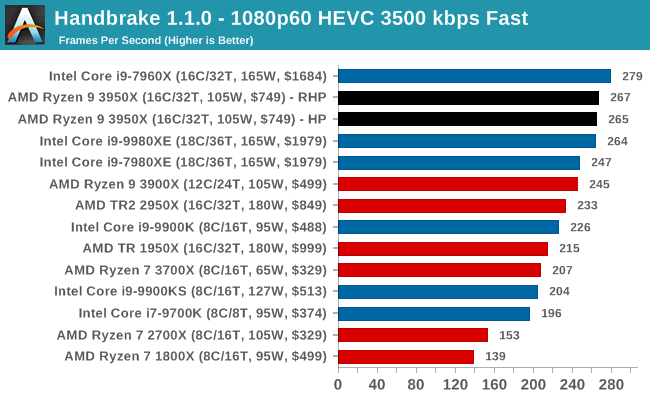 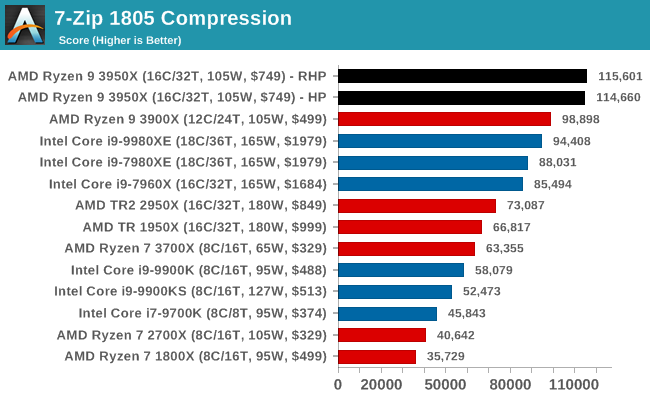 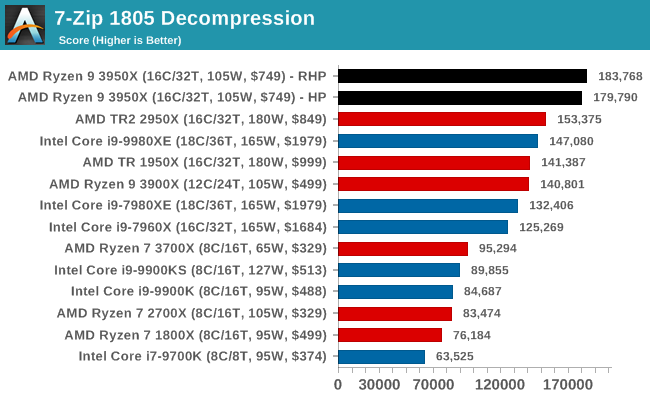 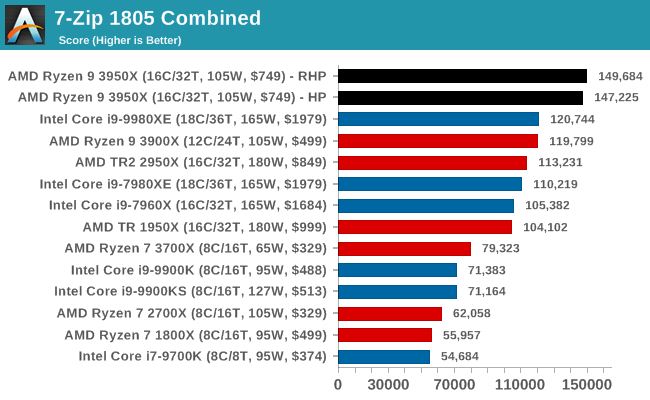 Again, AMD's 16-core Zen 2 hardware is breezing past Intel's 18-core Skylake-Refresh family. Even with the added frequency that Cascade Lake will bring, it would be hard to see it able to topple AMD here. 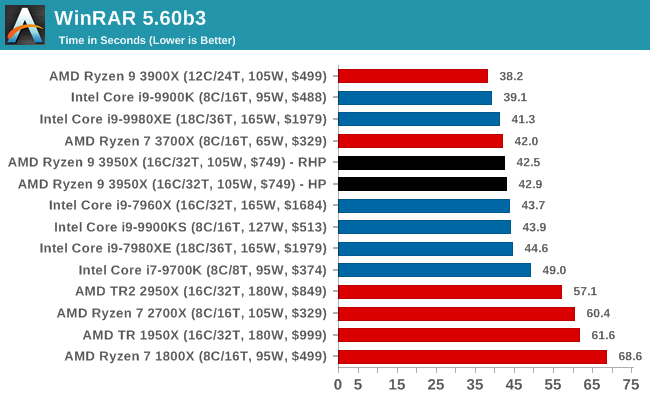 As a variable threaded workload, WinRAR also probes memory performance. Both the 3700X and 3800X beat the 3950X here. 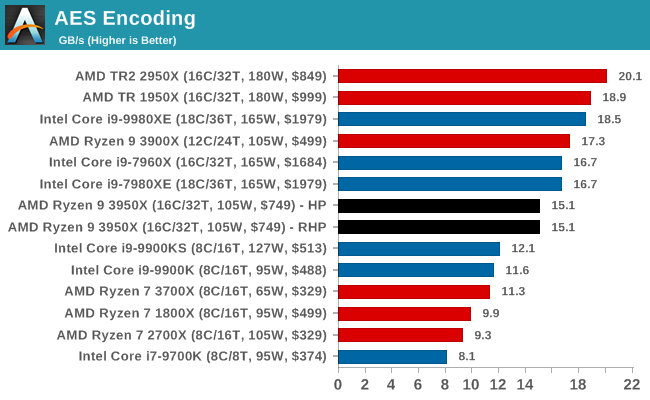 Our AES benchmark seemed a bit off - I would suggest we're being memory limited here but the Ryzen 9 3900X scores a lot higher over the 3950X. More investigation needed.