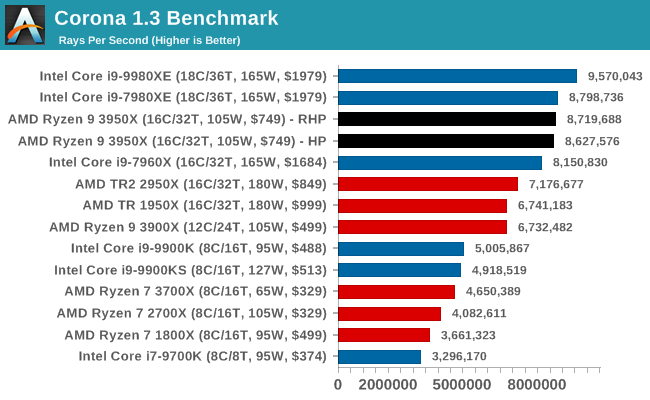 Intel's HEDT chips are quite good at Corona, but if we compare the 3900X to the 3950X, we still see some good scaling. 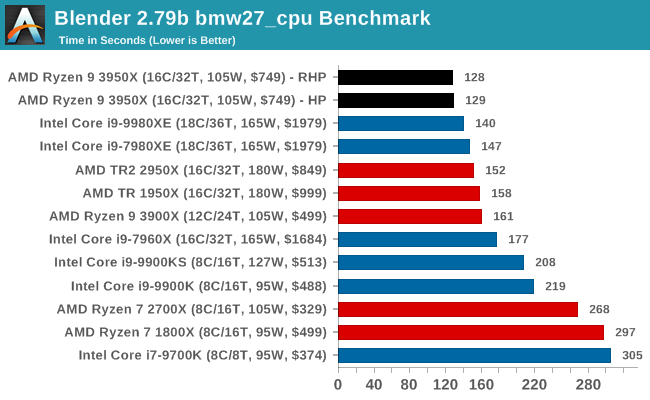 AMD is taking the lead in our blender test, with the 16-core chips easily going through Intel's latest 18-core hardware.

In our test, we run the simple ‘Ball’ scene on both the C++ code path, in CPU mode. This scene starts with a rough render and slowly improves the quality over two minutes, giving a final result in what is essentially an average ‘kilorays per second’. 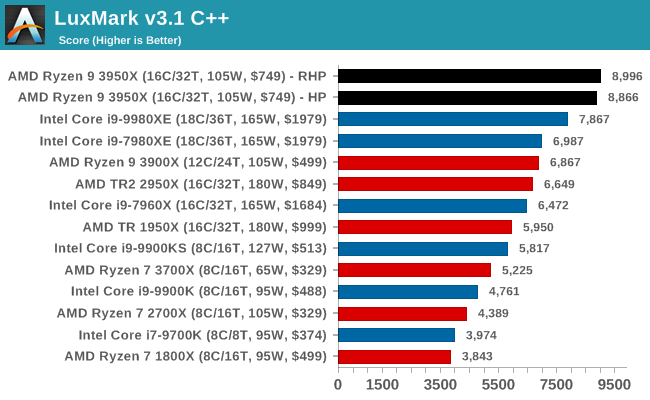 Despite using Intel's Embree engine, again AMD's 16-cores easily win out against Intel's 18-core chips, at under half the cost. 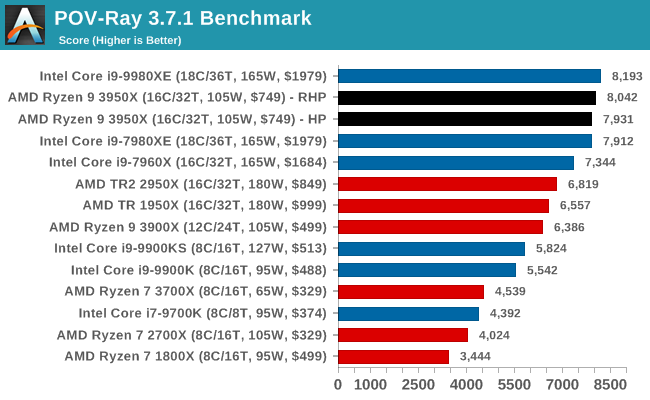 POV-Ray ends up with AMD 16-core splitting the two Intel 18-core parts, which means we're likely to see the Intel Core i9-10980XE at the top here. It would have been interesting to see where an Intel 16-core Core-X on Cascade would end up for a direct comparison, but Intel has no new 16-core chip planned.