Overall, we’ve been eagerly awaiting today’s launch for months, and all the while AMD has certainly given us some high expectations for their 3rd generation Ryzen CPUs. At the end of the day I think that AMD was able to deliver on all of their promises, and hitting all of the performance targets that they needed to. Furthermore, where AMD kills it is in terms of value, as both the 3700X and the 3900X really deliver in terms of offering outstanding alternatives to the competition.

The basis for the new 3rd generation Ryzen processors is AMD’s new high-risk high-reward bet on moving away from a single monolithic die to a chiplet-based MCM (Multi-chip module) design. What this has allowed AMD to do is to maximise the performance characteristics of their 7nm design for the new Ryzen 3000 chipsets. Meanwhile, having the I/O components and the memory controllers on a 12nm process node not only allows AMD to minimise the cost of the platform, but also allows them to optimise the silicon for their specific use-cases.

The actual CPU chiplets (CPU-lets?) are manufactured on TSMC’s leading edge 7nm process node and AMD has seemingly been able to take full advantage of the process, not only lowering the power consumption of the cores, but also raising the clock frequency at the same time, bringing some impressive power efficiency benefits.

The new design did seemingly make some compromises, and we saw that the DRAM memory latency of this new system architecture is slower than the previous monolithic implementation. However, here is also where things get interesting. Even though this is a theoretical regression on paper, when it comes to actual performance in workloads the regression is essentially non-existent, and AMD is able to showcase improvements even in the most memory-sensitive workloads. This is thanks to the new Zen 2 CPU core’s improved microarchitecture, with new improved prefetchers and overall outstanding Memory Level Parallelism (MLP) designs. Further helping AMD's memory/cache situation is the doubling of the CCX’s L3 cache from 8MB to 16MB, which on average, ends up with better workload memory performance.

Not that Zen 2 is solely about memory performance, either. The CPU core's front-end improvements such as the new TAGE predictor – and in particular the much increased capacity of the operation cache – is very visible in some workloads. We’ve also seen the core’s new 256-bit (AVX2) vector datapaths work very well.

In the majority of controlled tests, AMD has done something they haven’t been able to achieve in almost 15 years, since the tail-end of the Athlon 64's reign in 2005: that is to have a CPU microarchitecture with higher performance per clock than Intel's leading architecture. Zen 2 finally achieves this symbolic mark by a hair’s margin, with the new core improving IPC by 15-17% when compared to Zen+.

Having said that, Intel still very much holds the single-threaded performance crown by a few percent. Intel’s higher achieved frequencies as well as continued larger lead in memory sensitive workloads are still goals that AMD has to work towards, and future Zen iterations will have to further improve in order to have a shot at the ST performance crown.

Beyond this, it’s remarkable that AMD has been able to achieve all of this while consuming significantly less power than Intel's best desktop chip, all thanks to the new process node. 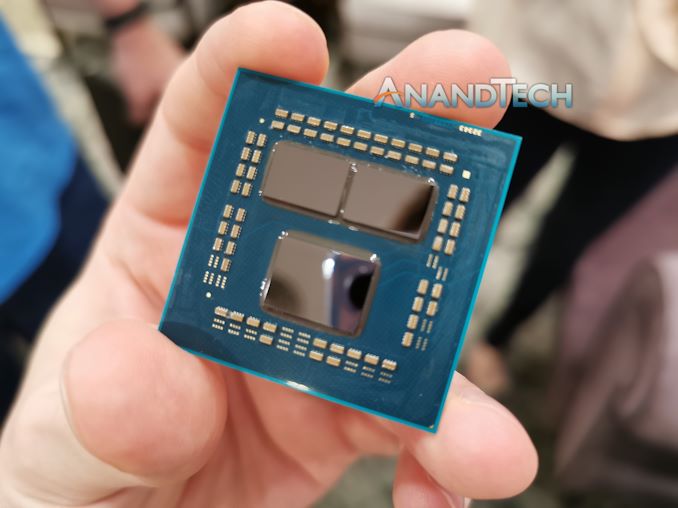 It’s in these categories where AMD’s strengths lie: In the majority of our system benchmarks, AMD more often than not is able to best Intel’s Core i7-9700K and i9-9900K in terms of performance. It was particularly interesting to see the new 3rd gen Ryzens post larger improvements in the web tests, all thanks to Zen 2’s improved and larger op cache.

In anything that is more than lightly multi-threaded, AMD is also able to take the performance crown among mainstream desktop processors, thanks to their inclusion of 12 cores in their top SKU Ryzen 3900X. For total MT throughput, Intel can still beat this with their massive X-series HEDT chips, but these server-derrived parts are in a completely different class in both features and price, and AMD has their own Threadripper parts to rival that. All of this means that for heavily threaded scenarios, the 3900X rules the roost among true desktop processors.

Meanwhile, even when AMD doesn't have a core count advantage – as is the case with the Ryzen 3700X – the chip is still extremely competitive. Overall the 3700X falls in-between the more expensive 9700K and 9900K when it comes to multi-threaded workloads – and sometimes it even beats the 9900K, a respectable result indeed.

That being said, the new 3700X and 3900X are posting enormous improvements over the 2700X. And we can confirm AMD’s claims of up to 30-35% better performance in some games over the 2700X. So AMD has not been standing still.

Ultimately, while AMD still lags behind Intel in gaming performance, the gap has narrowed immensely, to the point that Ryzen CPUs are no longer something to be dismissed if you want to have a high-end gaming machine. Intel's performance advantage is rather limited here – and for the power-conscientious, AMD is delivering better efficiency at this point – so while they may not always win out as the very best choice for absolute peak gaming performance, the 3rd gen Ryzens are still very much a very viable option worth considering.

Everything Tied Together: A Win For AMD

What really does make the Ryzen 3700X and 3900X winners in my eyes is their overall packages and performance. They’re outstanding all-rounders, and AMD has managed to vastly improve some of the aspects it was lagging behind the most. While AMD still needs to further push total single-threaded performance in the future and continue working on improving memory performance, they’re on Intel’s tail.

Perhaps the best arguments for the 3700X and 3900X is their value as well as their power efficiency. At $329 the 3700X particularly seems exciting, and gamers will want to take note that it posts the same gaming performance as the $499 3900X. Considering that AMD is also shipping the CPU with the perfectly reasonable Wraith coolers, this also adds on to the value that you get if you’re budget conscious.

The 3900X essentially has no real competition when it comes to the multi-threaded performance that it’s able to deliver. Here the chip not only bests Intel’s mainstream desktop designs, but it's able to go toe-to-toe with the lowest rung of Intel's more specialized HEDT platforms. Even AMD’s own Threadripper line-up is made irrelevant below 16 cores.

All in all, while AMD still has some way to go, they’ve never been this close to Intel in over a decade. This is no longer the story of the AMD that is trying to catch up to Intel; this is now the story of the AMD that is once more a formidable rival to Intel. And, if the company is able to continue to execute as well, we should be seeing even more exciting things in the future.

And, for these reasons, we are awarding AMD's 3rd generation Ryzen processors an AnandTech Editor's Choice Silver award for their value and energy efficiency. AMD has raised the bar indeed. 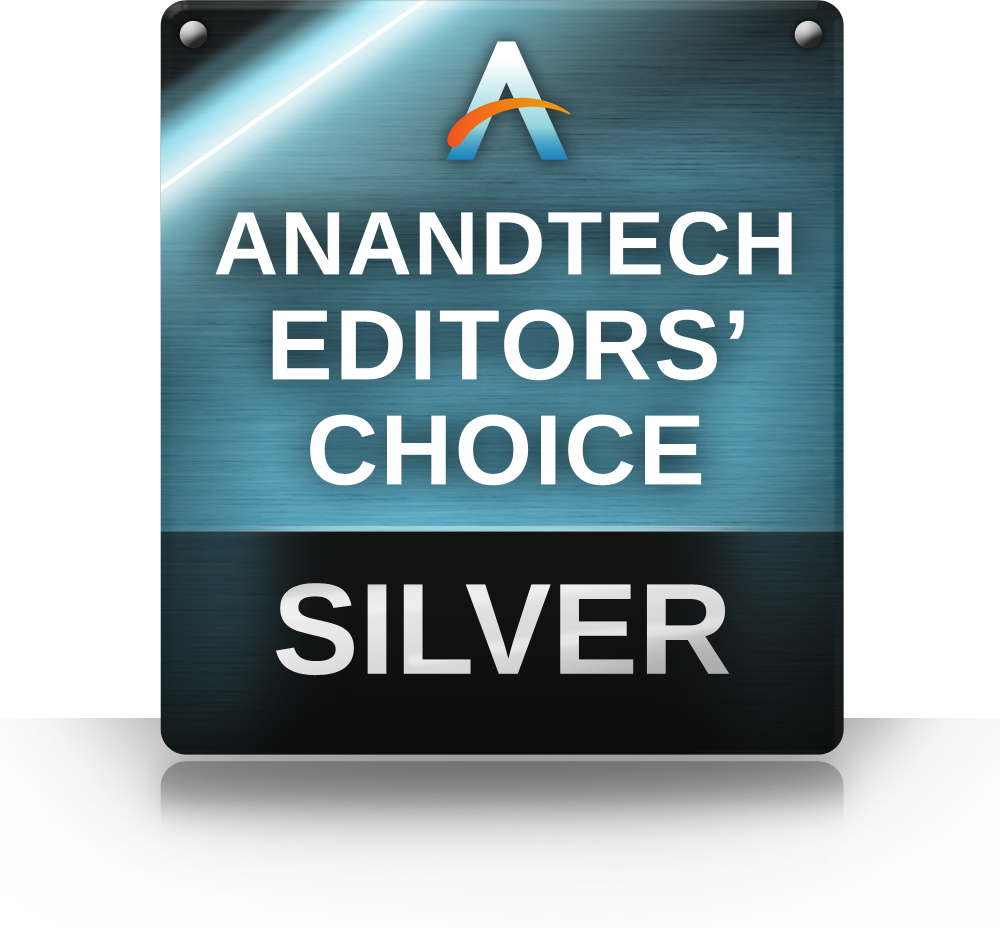