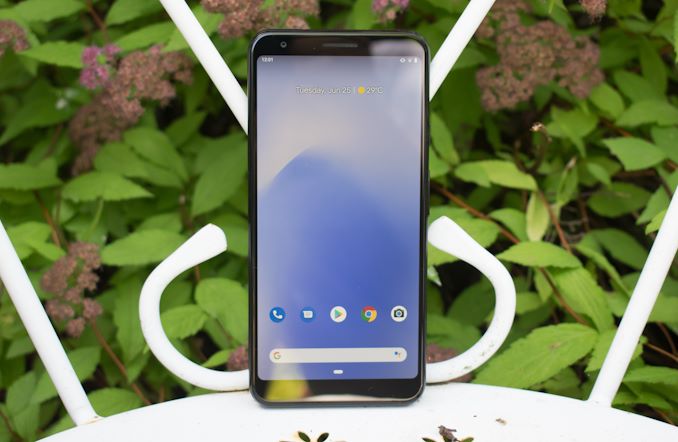 It’s nearing 8 months since Google released the Pixel 3 and we extensively reviewed the phone. It also has been several years now since Google abandoned the Nexus line of devices; one of the most attractive aspects during the early days of Google’s own phones was their incredible value proposition and very competitive pricing. As Google evolved the Pixel line of smartphones, it was clear that we’d no longer see quite as attractive price-tags, with the Pixel 3 and Pixel 3 XL nearing the $1000/€ mark.

Google apparently did see the higher price points as a hurdle for some consumers, and decided to expand its product line-up by introducing new mid-range devices at much more reasonable price-points, all while maintaining the key features that make the Pixel phones worth their namesake.

The new Pixel 3a and Pixel 3a XL, the latter which we’re reviewing today, are very much derived from the same DNA that was established in the Pixel 2 and further iterated upon in the Pixel 3 range. The Pixel 3a’s still come with the similar industrial design, feature an OLED display, and most importantly feature the very same full-fledged camera as their flagship siblings, at essentially half the cost. Of course, the lower price point comes with changes – a plastic body and a lower tiered SoC are among some of the compromises that have been made, along with a few other features that hit the chopping block.

Starting off with the internal hardware of the Pixel 3a’s, we see the devices powered by a Qualcomm Snapdragon 670 SoC. Qualcomm had launched the SoC in August of 2018, so it’s not quite the newest unit on the market, but given the price sensitivity of the product category, that’s to be expected.

The Snapdragon 670 on paper looks very similar to the slightly higher-end Snapdragon 710: The SoC features 2x Cortex A75 derived cores at 2.0GHz and are paired with 6x Cortex A55 derived cores at 1.7GHz. In terms of computational power, it’s clear that we should be expecting the CPUs to perform quite a lot less than the Snapdragon 855 as well as last year’s Snapdragon 845. In terms of single-threaded performance at least, however theoretically the S670 would be able to compete with the S835, which was Qualcomm’s flagship for 2017. In fact, we’ll see some large performance similarities between the Pixel 3a and the Pixel 2, which is going to play a big part in terms of properly evaluating the end value of the Pixel 3a.

The GPU is an Adreno 615. Unfortunately we don’t tend to review mid-range SoC phones as much as we’d like to, so at first glance without testing there’s not too much context on exactly where this GPU lands in terms of performance. While I don’t want to spoil too much, don’t expect too much performance from the smaller IP block, although we’ll see some surprising power characteristics.

The phone comes with 4GB of LPDDR4X sourced by Micron – which is standard for the course and in my opinion still sufficient for today’s workloads – although it’s now on the lower threshold of what phones should be equipped with.

Arguably the phone’s biggest component compromise comes in the form of eMMC storage of which the devices only come with 64GB of, also made by Micron. While the typical NAND speed benchmarks aren’t too terrible, the different storage standard does struggle under heavy parallel workloads. 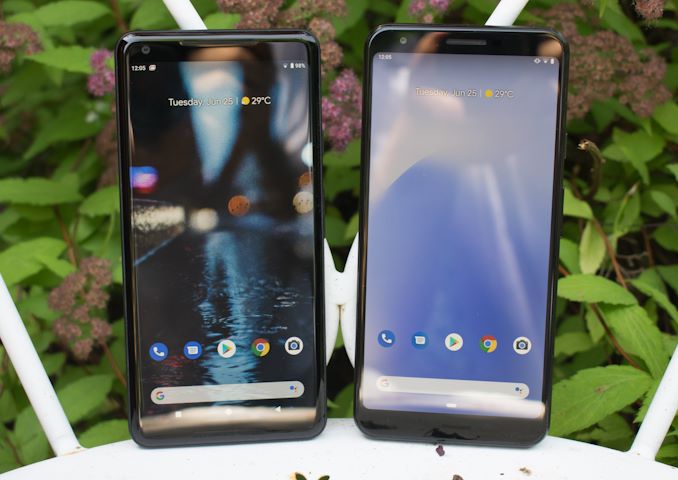 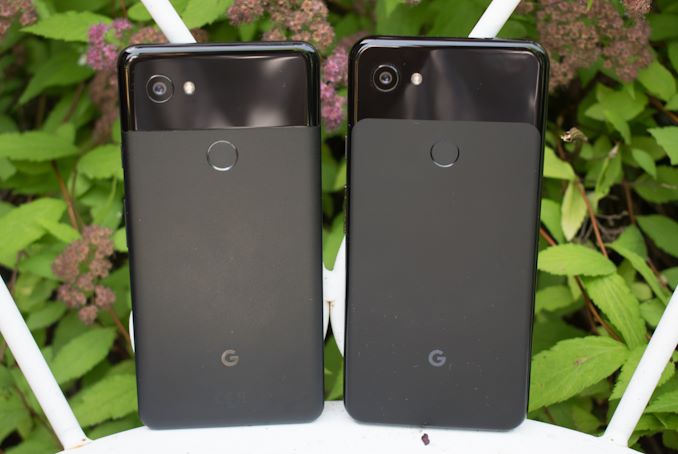 While the back of the phone very much looks nearly identical to the Pixel 2 XL or Pixel 3 XL, there’s one very major difference: Instead of being a metal or glass back body, the Pixel 3a’s come with a full plastic unibody shell.

The design decision very likely saves a lot on the production cost of the phone, and in my opinion Google’s material choice on the 3a’s has been excellent. The polycarbonate used is of very high quality and definitely one of the best plastic phones I’ve encountered. The phone still features the characteristic glossy top part of the phone, while the bottom is a sanded off matte finish that is surprisingly close to the finish of the glass back on the regular Pixel 3’s, which is great.

The one biggest issue I feel is that the plastic design will be significantly more prone to scratches and dents, and I especially don’t expect the top glossy part of the phone to remain unblemished after a few months of use. 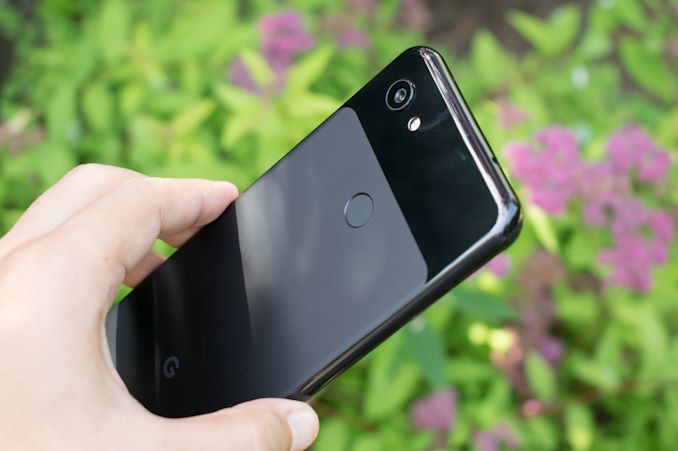 A big selling point for the Pixel 3a is that it sports the very same camera module as the flagship Pixel 3 units. We find the Sony IMX363 sensor which is a 12.2MP unit consisting of 1.4µm pixels with full-sensor dual-pixel PDAF ability. The module houses the same OIS and f/1.8 aperture lens.

On the front camera, Google has dropped the wide-angle module from the Pixel 3 and the 3a only houses the regular front-facing camera, which is an 8MP 1.12µm pixel f/2.2 lens with fixed focus.

It’s to be noted that while Google has dropped the 3.5mm headphone jack from the Pixel 2 and 3, it does make a comeback for the Pixel 3a. Google explains that this is meant to make the device accessible to more users. It’s a bit sad that nowadays you have to buy a lower-tier smartphone to regain a lost feature.

Among other dropped features on the Pixel 3a is the lack of wireless charging. The 3700mAh unit on the XL and 3000mAh should fare fairly fine, and it is an acceptable compromise given the device’s price ranges of $399 for the 3a and $479 for the 3a XL.